Bayle Owens is a fifth-generation potter 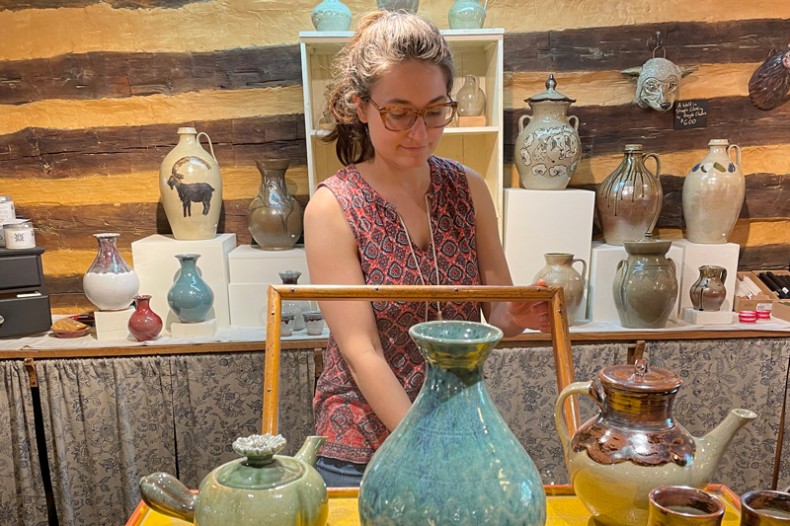 Bayle Owens started playing with clay when she was 2-years-old. Her parents, Pam and Vernon Owens, are two of North Carolina’s most famous potters.

"Finally, I understand what Mom and Dad taught me. You have to do your own thing.”

The family owns Jugtown Pottery, a more than 100-year-old working pottery and an American Craft Shop located in a grove of trees and bamboo eight miles south of Seagrove, in Moore County.

It was founded by Jacques and Juliana Busbee in 1917, melding forms from ancient traditions with those developed in North Carolina. In 1960, Vernon Owens took a job at the Jugtown Pottery as principal turner. In 1983, Vernon purchased Jugtown Pottery from Country Roads, a not-for-profit organization devoted to conserving Southern crafts. 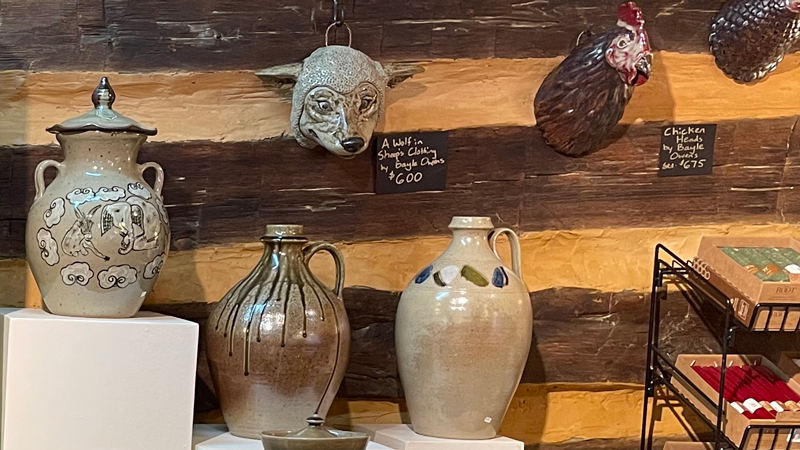 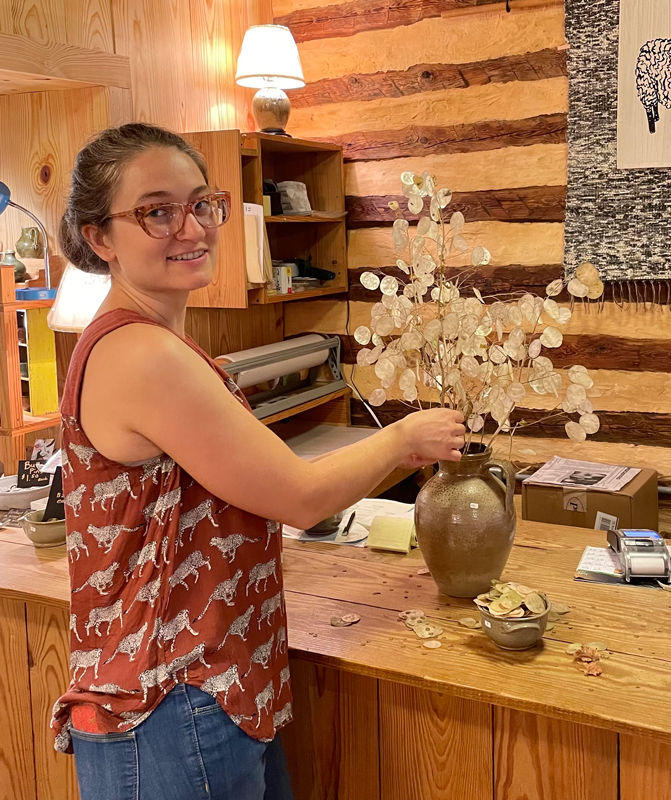 “The family has been in pottery for multi-generations, different generations keeping it fresh,” Bayle’s mother, Pam Owens.

Bayle is a fifth-generation potter. The 31-year-old creates lots of tableware: plates, cups, bowls and tea pots, as well as cream pitchers in the forms of animal sculpture.

“You want to be part of it,” Bayle says. “You don’t want to mess it up. Finally, I understand what Mom and Dad taught me. You have to do your own thing.”

Bayle’s smaller pieces, such as the tableware, sell for $24, and her larger animal wall hangings for as much as $1,000. Her work also includes a pig in a copper red glaze and whimsical pie animals such as birds, cats, foxes, possums and hound dogs.

“She really captures the essence of the animals and their personalities in the details of her pieces,” says her brother, fellow potter Travis Owens.

“Bayle is a very talented artist and craftsman,” says fellow potter and third-cousin Ben Owen III (Bayle’s side of the family added the “s” to the last name). “She grew up learning from her parents and received inspiration from the tradition of making the more sculptural and figural work made at Jugtown Pottery … She really enjoys the Southern culture, things that are indicative of rural North Carolina.”

Bayle performs several roles in the family business. In addition to being a potter, she’s a business owner, shop keeper and ground maintenance worker.

While she learned a lot from growing up in the ceramic business, she has an associate’s degree in professional craft: fiber art from Haywood Community College in Clyde. 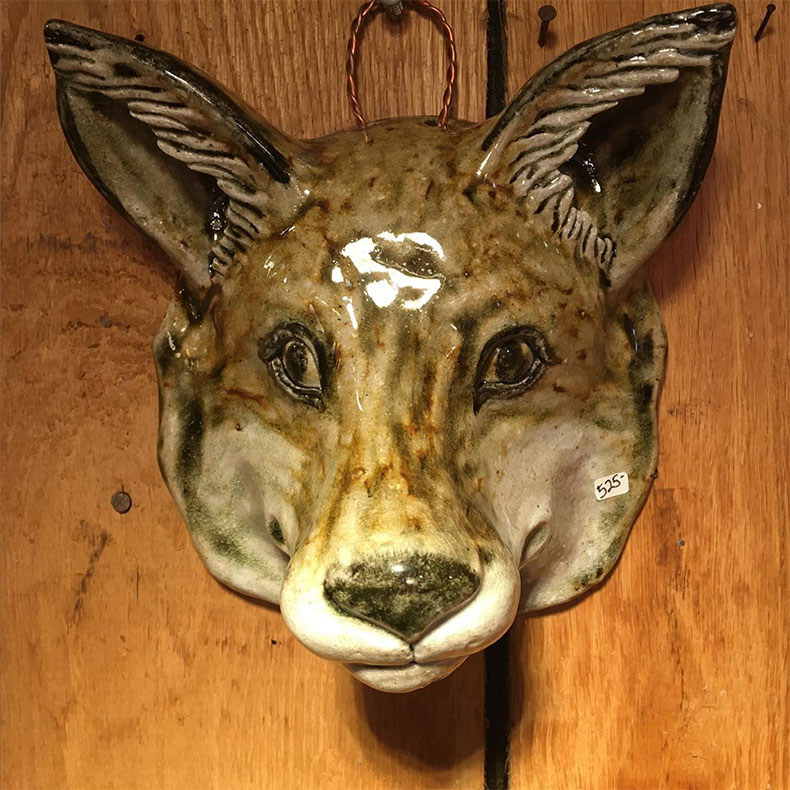 Some of Bayle's work

In addition to making her own clay works, she also collaborates with her parents and brother.

“I decorate some of their pots, adding small animals on the lids of larger pots, sometimes on the mugs and bowls,” she says. “We all do that a little bit.”

The family still spends lots of time together, sharing meals, coffee breaks and just hanging out, Bayle says. They work hard during the week but take Sundays off.

Half of Bayle’s time is spent making ceramics. Like many businesses, Jugtown Pottery advertises through social media such as Instagram. So Bayle spends about 20 percent of her time marketing Jugtown Pottery, which sells the Owens’ works along with other crafts made in the United States, including wooden utensils, tea towels, greeting cards, earrings and wooden toys.

Bridgette A. Lacy is a freelance writer and the author of “Sunday Dinner: A Savor the South cookbook” by UNC Press of Chapel Hill. Reach her at bridgettelacy@att.net.