By Scott Gates | Photos by Magnolia Photography unless otherwise indicated 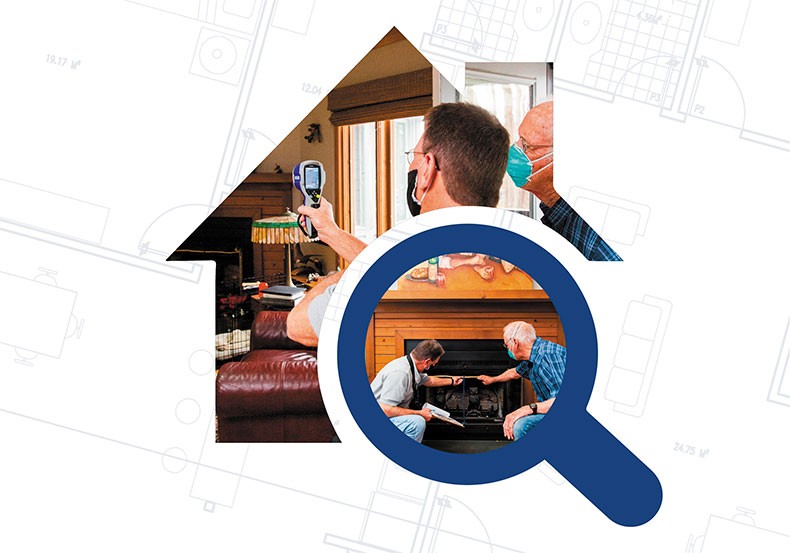 Frank and Patti Phelps are no strangers to energy efficiency. Before a move to North Carolina in 2000, they were living in a solar-powered house in Colorado, at an elevation of 8,000 feet. Proper insulation was key to staying comfortable. When they moved into their current townhome in Washington along the Pamlico River, their living situation certainly wasn’t as extreme, but they felt some work was necessary to make the home more energy efficient.

Good data will only get you so far, of course, but Frank and Patti acted on it. As a result, they’re seeing a 7.5 percent savings on their average electric bill.

“Our power bills have always been quite reasonable, but the townhouse was built in the early 1980s,” Frank says. “So we knew we had a lot of air leaks, and we just knew that with a little work we could probably improve the situation.”

The couple heard about energy audits available from their electric co-op, Pantego-based Tideland EMC, and in 2019 Energy Auditor Jim Rapin worked up a report for their home.

“We’ve had energy audits before, but never anything as thorough as Jim did,” Frank says. “He was able to show us where we were losing heat through the walls [with an infrared camera].”

Good data will only get you so far, of course, but Frank and Patti acted on it, adding insulation in the attic, fixing a fireplace damper and installing a heat pump water heater, among other upgrades. As a result, they’re seeing a 7.5 percent savings on their average electric bill, according to the co-op. Another motivation, Patti says, is doing what they can to protect the environment. 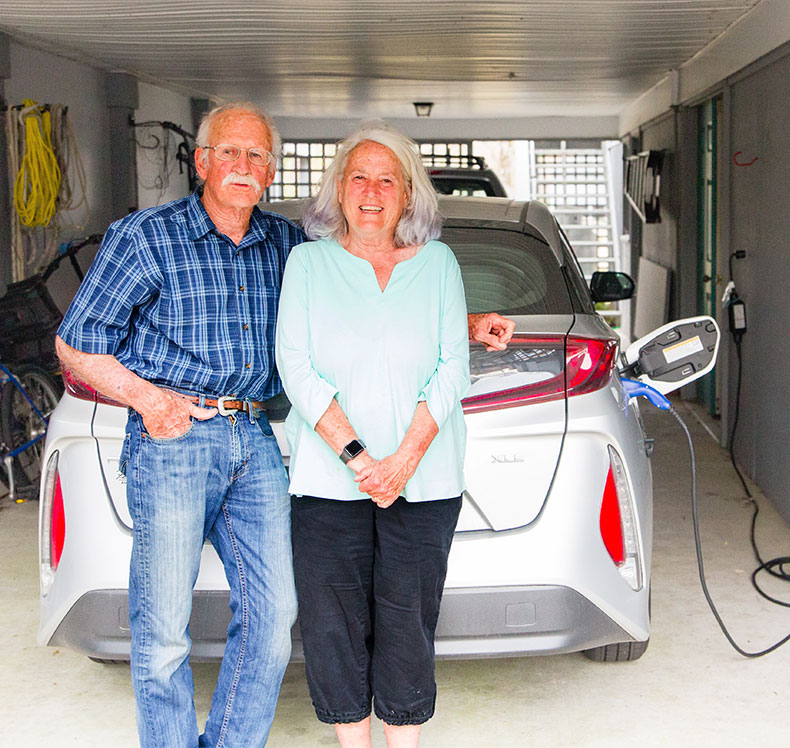 Frank and Patti Phelps with their EV in their Washington townhome’s garage.

Some electric cooperatives across the state offer energy audits, but all will gladly work with members to help them understand how their homes are using energy — and how that can be improved to help cut costs. The keys to staying on top of your home’s energy efficiency are to be aware of potential issues, be informed of how energy is used, and be prepared for what might cause higher energy use.

Having a general sense of the state of your home — nooks and crannies and all — is a big part of identifying inefficiencies.

Heidi Smith, manager of Energy Services and Corporate Communications with Tideland EMC, compares an energy audit (what Frank and Patti received) to a road map. It provides an understanding of how a home is functioning and a list of actionable items to whittle away at.

Electric co-ops can also help members interpret unexplained spikes in energy use — what Heidi likens to a check engine light.

“When it comes on, it’s time to start looking under the hood, paying particular attention to your home’s HVAC and water heating systems,” she says. 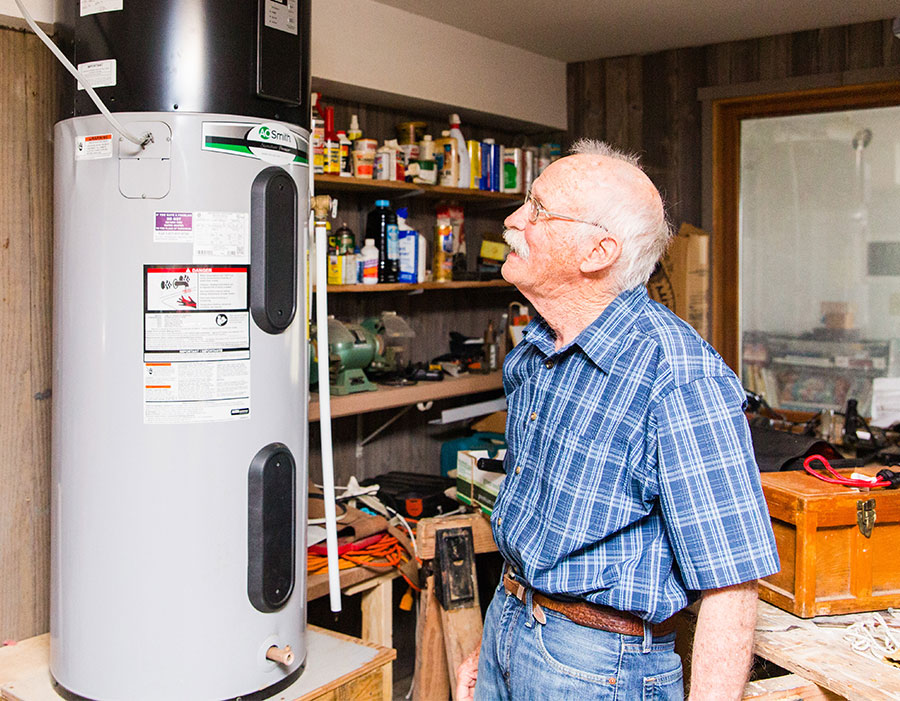 As a result of their energy audit, Frank and Patti installed a heat pump water heater.

“I had a member call who received an unusually high bill,” Heidi says.

“After asking a few questions about the home, and a quick analysis of the daily and hourly kilowatt-hour readings, I was relatively certain the home’s crossover duct had disconnected. A few hours later the member called back to report that an HVAC technician had, indeed, found the duct disconnected. The repair bill was minimal.”

To avoid any surprises, take a look at potential problem areas —including  attic spaces and under your home — a few times a year to make sure issues don’t go unnoticed.

Once your home is in top form, the next step to ensuring energy efficiency is being aware of how things like lighting and appliances use energy. Swapping traditional incandescent or CFL light bulbs for LED bulbs is an easy first step. LED bulbs, which are less expensive than when they first hit the market, use at least 75 percent less energy (and last 25 times longer) than incandescent lighting, according to the U.S. Department of Energy.

Purchasing Energy Star® rated appliances is another way to trim energy use. But one of the biggest potential for savings, according to energy auditors from the mountains to the coast, is proper use of HVAC systems, particularly heat pumps.

“I have spoken to several members who thought they were taking good, frugal, money-saving measures when it came to operating their electric heating system. But in fact, they were increasing their consumption,” explains Aaron Jackson, energy services advisor (aka one of the “Advise Guys”) with Dunn-based South River EMC. “The most common habit I ran into was the belief that turning a heat pump unit off or way down on a winter night, and then bringing the setting up 3 or 4 degrees or more in the morning, was a money-saving practice.”

One of South River EMC’s Advise Guys, Aaron Jackson, measures the amount of insulation in a member’s attic.

That morning jolt could cause the unit to run emergency heat to catch up, the equivalent of heating your whole home with an electric space heater. Keeping the unit at a constant temperature through the night, Aaron explains, uses far less energy.

Talk to an HVAC professional if you have questions about how best to set your thermostat for the type of unit in your home. And again, take a few minutes to familiarize yourself with how your equipment is working at the start of each heating and cooling season.

“One couple called in about a high bill. If they had gone out to look at the compressor, they would have seen the problem (photo below left),” says South River EMC Energy Services Advisor Eric Gainey, another one of the Advise Guys. “We advise members to check their equipment when they start using it to heat or cool the home. Go out to the compressor to make sure the fan is running as it should.”

Knowing how your home typically uses energy is another important piece of the energy efficiency puzzle. Most electric co-ops make energy use data readily available to members through online portals, or can talk through use patterns with those who call in. “Access to detailed meter data is a game-changer for both members and energy auditors,” Heidi says.

Comparing against past trends can help anomalies stick out — an unexplained spike may point to mechanical problems such as faulty HVAC equipment or an overactive well pump. (Around Christmas is a good time to watch for a predictable uptick: the day the light display is switched on.)

And understanding how weather affects energy use will help in preparing for seasonally higher bills.

“The weather was colder for much longer this year than in recent years,” Aaron says. “Also, the previous winter was fairly mild, which further exacerbated the difference in bill amounts when comparing year to year.” 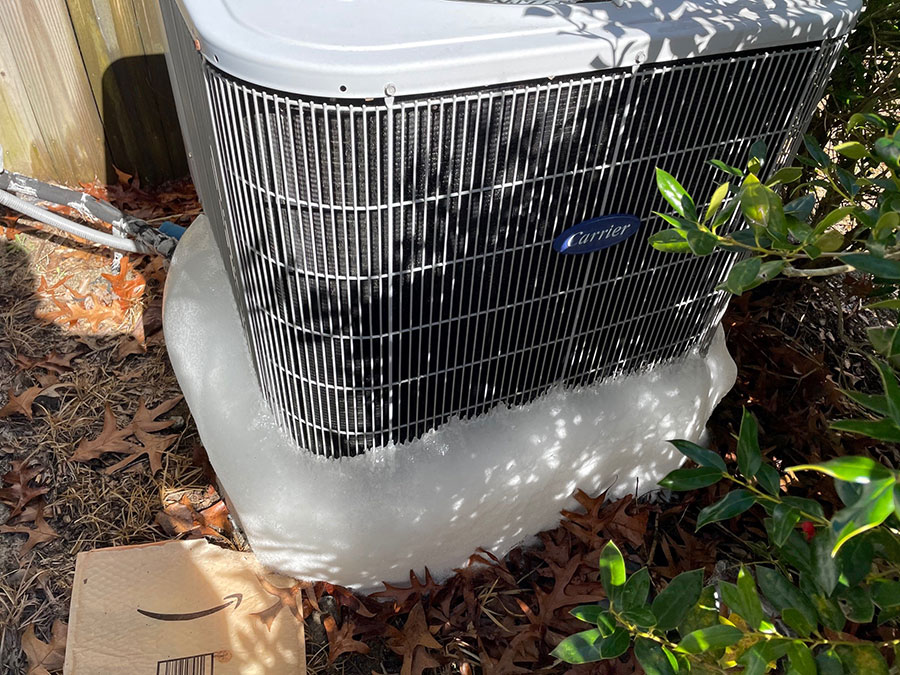 Energy use data on online portals can be checked against average daily temperatures to put trends into perspective.

Above all, be proactive in understanding your home and how it uses energy to ensure there are no surprises when the power bill arrives.

Contact your electric co-op to start a discussion about energy efficiency, and take it from Frank: for those where having an energy audit done is an option, it’s worthwhile — whether pre-construction or for a decades-old home.

“If your co-op offers an energy audit, and you’re willing to make the improvements that are recommended, jeez — it’s a win-win situation.”