Our largest rodent can be an asset, and an issue 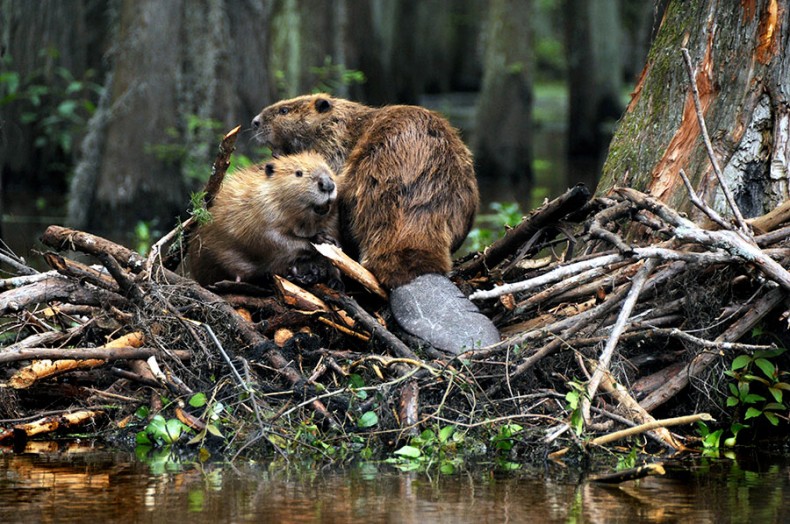 Beavers — those plucky sawyers found across all corners of North Carolina — have made quite a comeback over the past century.

The valuable fur from our nation’s largest rodent was an important part of NC’s economy well into the 1800s, and as a result of the demand for their pelts, the beaver population was eradicated from the state by 1897.

In response to public demands, North Carolina introduced 29 beavers from Pennsylvania in 1939, released on what is now the Sandhills Game Land in the Piedmont, and their comeback began. Now at least half a million beavers call North Carolina home, according to estimates by the NC Wildlife Resources Commission. 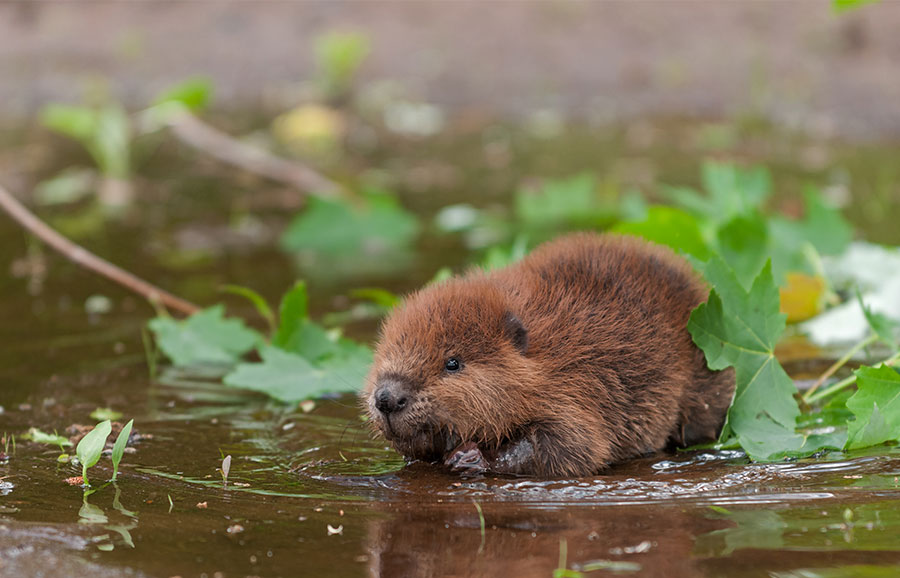 Beaver kits, like the one pictured, live in family groups with older yearlings. They are raised by one pair of adults which mate for life.

A bit about beavers

Beavers live in family groups of one pair of adult parents, the kits and yearlings. They are ready to mate by the time they are two or three years old and stay together for life. The young stay with their colony until they are about 2, and their life expectancy is between 10 to 20 years.

Adult beavers weigh on average between 30 to 50 pounds, although some have been reported to weigh in at 90 pounds. They are two to three feet long, not including their unique flat tail which is 10 to 18 inches long. They have webbed hind feet, the better to swim. Like other rodents, they have four sharp incisors that keep growing throughout their life.

Beavers build dams to raise the water level until deep enough for swimming. They build lodges out of sticks and mud for their homes, unless they are residing in deep rivers or lakes where they dig and live in burrows in a high bank with an underwater exit for safe getaways.

“Beavers are truly nature’s engineers and, like people, will manipulate their habitat according to their needs.”

“Beavers are truly nature’s engineers and, like people, will manipulate their habitat according to their needs,” says Colleen Olfenbuttel, state black bear and furbearer biologist with the NC Wildlife Resources Commission. “The habitats they create can be both beneficial and cause conflicts.”

Beaver dams can produce flooding in unwanted places and result in millions of dollars in property and agricultural damage in North Carolina without management, Colleen explains. But their ponds can be an asset for both people and wildlife. They create new habitat for many other species, and the flooding creates wetlands and can recharge groundwater. The pond becomes home to fish, waterfowl, raptors, reptiles, mammals, native plants, and insects. The wetlands created by beavers help clean the water of sediments and control erosion. People can find abundant recreational opportunities around beaver ponds, such as hunting, canoeing and fishing.

Above: A beaver dam flooded a culvert near train tracks in Wake County, risking collapse. Bottom: Effects of beavers on a pasture, road, and timber in Chatham County.

Ask folks who have had beavers for neighbors, and you’ll get mixed reactions. Some enjoy watching them and appreciate the ecosystems created by their dams and ponds.

“We have a little off-channel pond someone built on our property before we bought it. Their little dam made the pond a bit deeper, and it was fun watching them,” says Kim Beall of Franklin County, who enjoyed watching her beaver neighbors.

John Hilpert, also in Franklin County, says beavers built several dams across Tooles Creek at one point. “If quiet, we’d enjoy watching them play. So, they cut some minor trees like sweet gum — the increase in wildlife and flood control was an excellent tradeoff.”

If you must rid your property of beavers, there are two ways to do it.

One way is to trap during the regulated trapping season (November 1–March 31) when the beaver’s pelt, meat and castor oil can be used. If you don’t know how to trap, you can hire a licensed trapper or certified Wildlife Control Agent (WCA) who will trap out the beavers. A list of licensed trappers and WCAs can be found at ncwildlife.org. It may take more than one season to completely clear an area of all the beavers, and even if they are removed completely, new beavers may eventually disperse onto your property. 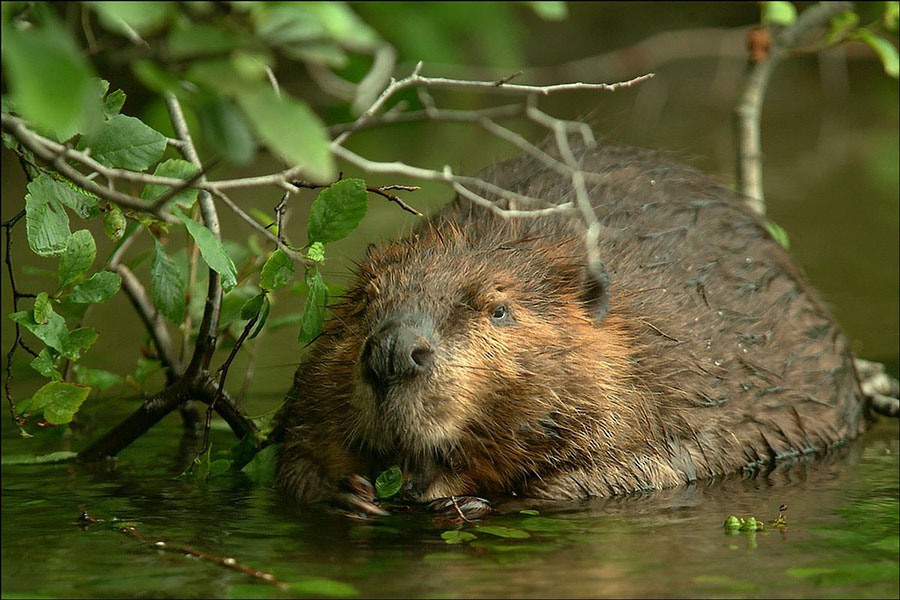 The second solution is learning to live with beavers and taking advantage of the benefits of a beaver-created wetland or pond. The NC Wildlife Resources Commission has a number of science-based options for resolving beaver damage while still maintaining beavers on your property. Some options include fencing off the area with trees you want preserved or putting wire mesh around individual trees — though not too tightly, or the beaver can still chew on the bark. Control flooding with water level control devices, typically made from drainage pipes. Designs for these water control devices can be found on the NC Wildlife website.

“Thankfully, we can have the benefits of beavers on the landscape, while also having methods to resolve conflicts when they occur,” Colleen says, “which is a good balance for North Carolina.”