A movie, a dime and a hero. 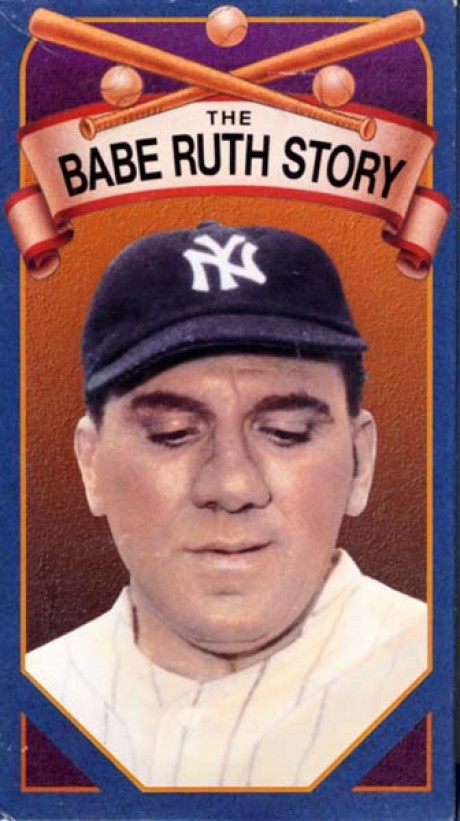 “The Babe Ruth Story,” starring William Bendix as the Babe, with Claire Trevor and William Frawley, directed by Roy Del Ruth, was released by Allied Artists Productions in 1948.

Arriving at Pleasant Gardens Elementary School in Marion that morning in 1958, I was met by one of my fourth grade friends.

"Hey, Joe, guess what they are going to show as a movie tomorrow?" he asked.

I told him that I had no idea, because I had never been to one of the school movies. School movies were a luxury that my family could not afford. Sure, they cost only a dime, but sometimes a dime was hard to come by. My two brothers and my sister respected our parents enough not even to ask for the frivolity of going to a school movie. I turned to walk away when he replied, "The Babe Ruth Story."

Did my ears deceive me? Did he say "The Babe Ruth Story?" Chills went down my spine. The school was going to show the life story of The Sultan of Swat, The Great Bambino. I had to see it. But how? Mom had just been released from the hospital, and things were tight around the house. Yes, we had food on the table — our garden, one cow and a few chickens supplied that. But money was scarce to the point of being non-existent. I couldn't find the nerve to ask Pop, because I didn't want him to be embarrassed telling me that he didn't have a dime.

I was beginning to play Little League baseball, and the great Babe Ruth was my hero. I read everything our school library had on this baseball giant. When I made the team, I even got his number 3 for my shirt. I wore that shirt like it was the Congressional Medal of Honor.

After supper that night, I began to have a battle within myself. Should I break down and ask Pop? It was only one movie. It was only one dime. A lot of my school friends went to the school movies every week. The rest of us had to stay in class and work. Oh, how I envied them. Butterflies filled my stomach as I approached Pop in the kitchen.

"Pop, I know we don't have any money, but tomorrow at school they're showing a movie about Babe Ruth, and I sure would like to see it. I'll be glad to do anything if I could go only just this one time."

I couldn't believe my ears. I had said it. I waited for his response. He looked into my eyes and saw the want.

Pop reached into his pocket and pulled out the contents. There was his pocket knife, a couple of nails, and the shiniest coin I ever saw in my life. One dime. He handed it to me.

There was never a prouder kid in the entire elementary school than I was the next day. Right after lunch, the teacher announced that anyone who wanted to go see the movie of the week may go to the auditorium. I stood up proudly and walked out with the richer kids. At that moment I was the richest kid on earth. Not because I was going to the movie, but because of my dad. He had given me all that he had. He was then and has always remained my hero.

Hey, Pop. Thanks for the dime!

Joe Silver is a member of EnergyUnited.