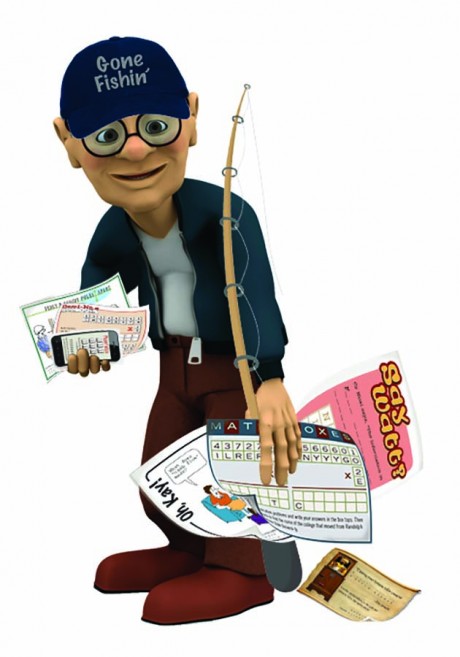 After more than 20 years of providing head-scratching puns, math and word puzzles, as well as satirical takes on well-known quotes, Charles Joyner, creator of Carolina Country’s Joyner’s Corner puzzle page, has called it a “period of 24 hours as a unit of time” (answer: day).

Carolina Country began publishing Joyner’s North Carolina-based brain teasers in February 1994. “The puzzles first came handwritten via U.S. mail, before Charlie switched to sending even more through email,” said Michael E.C. Gery, retired editor for Carolina Country. “I tried to solve that first one and failed. It featured a word game listing 10 ‘expressions’ and instructing us to rearrange the letters in each to spell out names of North Carolina towns. Try ‘SWING NO HAT.’ If you guessed Washington, your mind is sharper than mine was then and now.”

The math puzzles proved just as tough for magazine staff as well as readers, but the puzzle page proved a hit. Thus began a relationship between Carolina Country readers and a true puzzle master.

“As his fans know well by now, his brainteasers can boggle, tickle and tangle your mind,” added Gery.

Joyner was born in Wilson in 1927. Joyner graduated from UNC-Chapel Hill with a B.A. in English. He worked as a reporter for the Associated Press after graduation, and married his college sweetheart, Karyn Mereness Joyner, in 1951. After working at several newspapers, he started his own magazine, The Sandpiper, as well as a weekly camping publication, The Camptown Crier, both for the Myrtle Beach area. He began creating puzzles, cartoons and puns as filler for those publications. After retiring in 1983, the couple moved to Hendersonville, N.C., where both became involved in numerous community endeavors. In 2009, they moved to Hillsborough to be closer to their children and granddaughter.

Now at the age of 89, Joyner continues to create his puns, poetry, math and word puzzles, but said it is time to retire from baffling readers across the state. According to Joyner, his biggest challenge throughout the years has been keeping up with his creations. He would think of things and not have any paper, or jot down ideas on napkins or whatever was handy. But those ideas soon made it into the puzzle page, which has been a highlight of his career.

“Having an outlet for his creativity, to share his puzzles and puns means the world to him,” said his daughter, Ann Moss Joyner. “The reader feedback has definitely been better than receiving my mom’s eye rolls from his many puns!”

Any reader wishing to send Joyner a farewell message may do so by email editor@carolinacountry.com (with the subject line “Farewell Joyner”) or send to: