Queen of the Drive-In 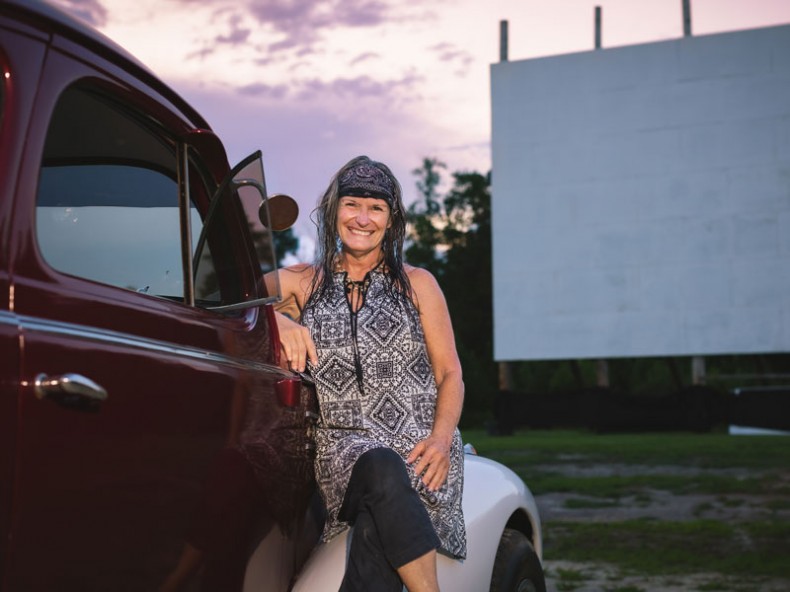 Life can change in the blink of an eye. No one knows that better than Sherry Barnes.

Before November 2011, Sherry was a land developer for a Myrtle Beach real estate agency. One afternoon, she and a friend were hit by a drunk driver. Sherry’s friend died the next day. Sherry’s injuries were so severe that doctors told her if she did survive, she would never walk again. 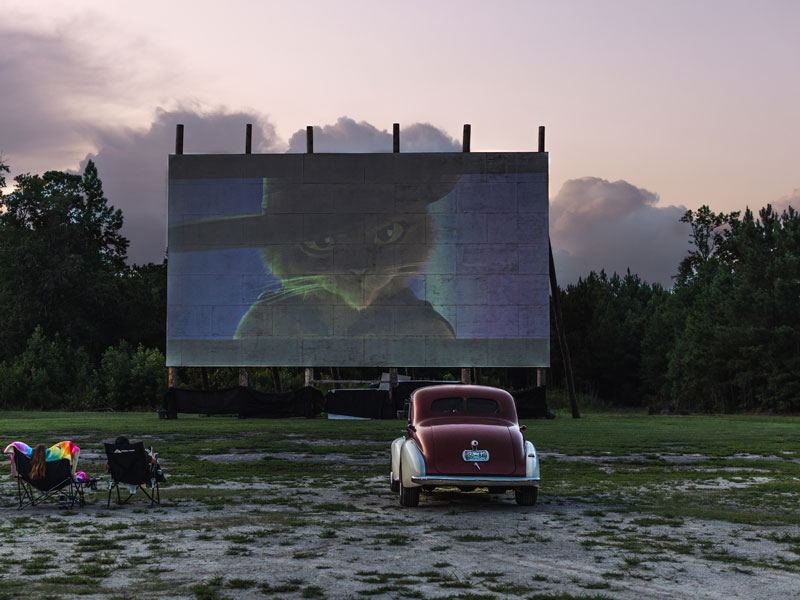 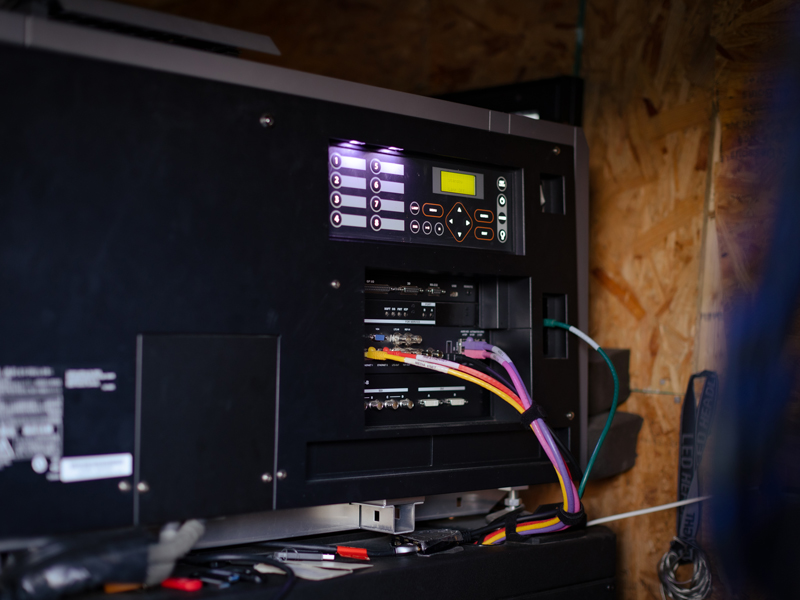 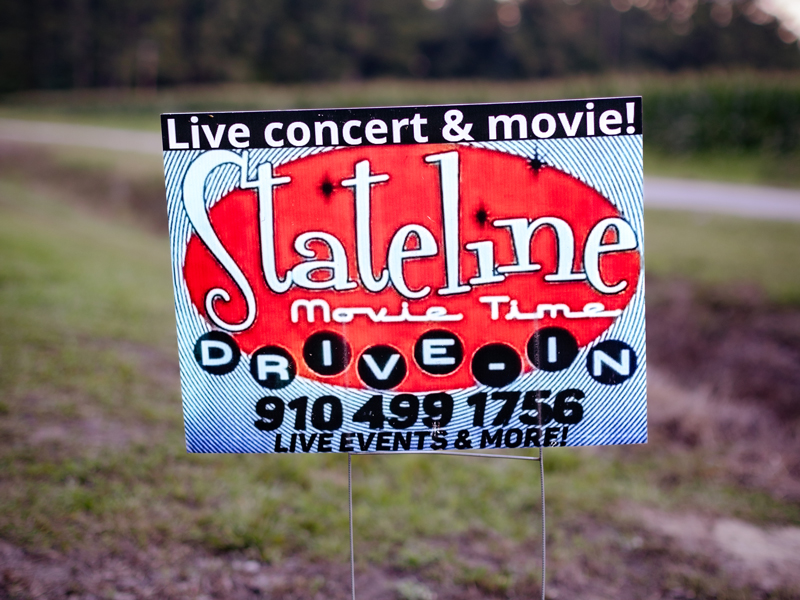 “My spinal cord was severed in several places,” Sherry remembers. “Plus, I had head, neck and hip injuries. I still need to have more surgeries on my hands, too.”

Sherry was both saddened and inspired by the sick children she met while slowly recovering in Duke Hospital, and later in physical and speech therapy.

“When I was in speech therapy, those kids didn’t laugh at how I sounded,” Sherry says. “I wanted to do something for them and their families when I got better, but I didn’t know what. So I prayed on it.”

She wanted to do something outdoors that was family-oriented. Something that would get the kids away from their phones and laptops for a while. When the idea of a drive-in movie theater came, it was a total surprise.

“Never in a million years did I think I would do this,” she says.

The glory days of drive-in movies were in the past, but Sherry, a Brunswick Electric member, was determined. And she knew just where to build it. She already owned some land on Dothan Road between Tabor City, North Carolina and Longs, South Carolina, but some trees had to go first.

“I called some contractors and they brought out four pieces of heavy equipment — dozers and things,” Sherry says. “But they said they were running behind on another job and they would come back in 10 days.”

She needed to get it done, so the next morning, she cleared out those trees herself. She graded the surface so rainwater would drain, and then spread crushed rock. Sherry researched how to construct berms (mounds of earth) that also helped drainage. As if that wasn’t enough, when the 40-foot-by-50-foot movie screen had to be repainted, she did that, too, suspended in a harness.

“I look back and think it was like a dream that I did all this,” Sherry marvels. “God was looking over me. I prayed over it and it happened.” 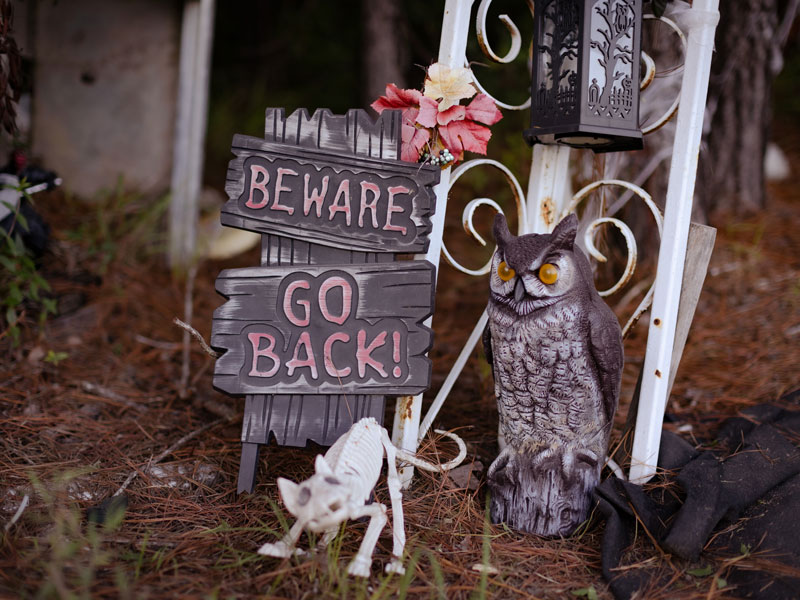 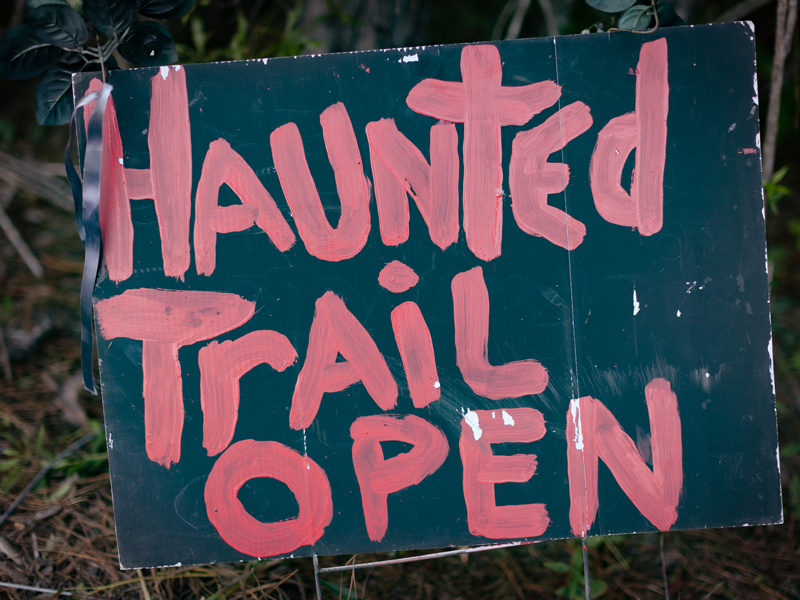 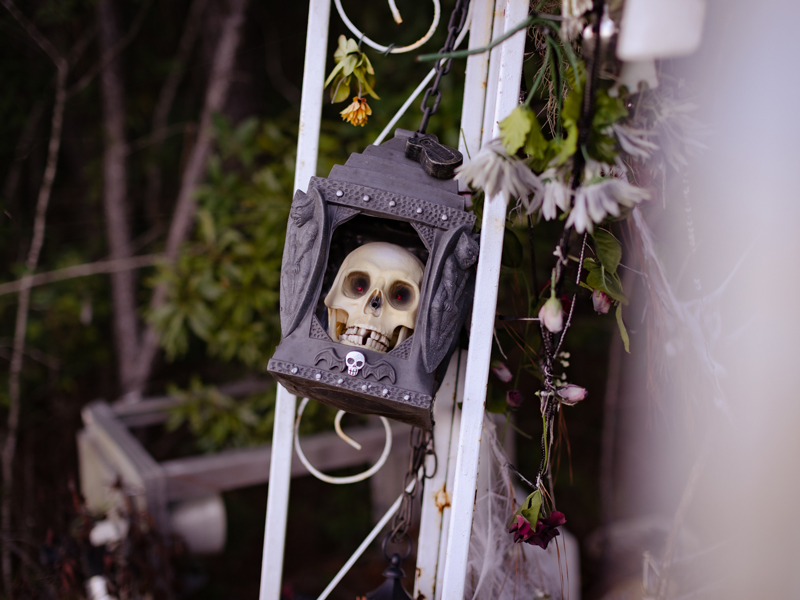 As the opening night approached, she acquired a state-of-the-art digital projector, which she nicknamed “The Beast,” and put it in her “she-shed.

Sherry’s drive-in, State Line Movie Time, opened on May 9, 2019. Besides first-run movies, there are plenty of fun activities, such as hula hoop contests, pennies from heaven, bubble mania, fireworks, and a roasting pit for cooking hot dogs and marshmallows. Special events include live bands, car shows and a haunted trail, and Sherry is always thinking of new events and games for her customers. Her health isn’t 100% yet, but you won’t hear her complain.

“I’m grateful,” she says. “God gave me the surgeons who put me back together. It’s been girl-power, backed by God.”