Finding lost and stolen horses in the Internet age 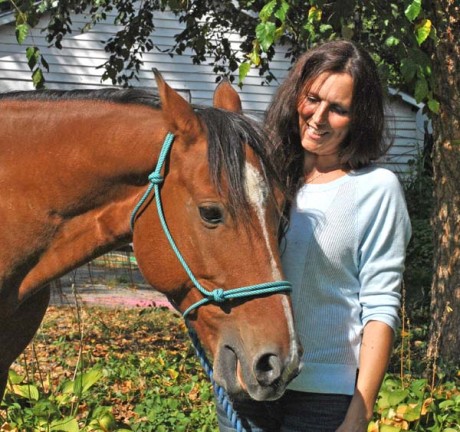 After a 20-mile freedom foray, Top Gun was returned to his owner, Tanya Fairweather, thanks to a report on netposse.com (Photo by Hannah Miller.)

Top Gun is one lucky mustang.

He was a wild horse from out West who was broken to the saddle in North Carolina three years ago. Last April, the 6-year-old disappeared from a Chatham County trainer's facility. He was later seen hoofing it along NC 87, heading northwest.

"Heading for Montana, or something," says owner Tanya Fairweather of Ramseur.

He never got there. Thanks to the combined efforts of a sharp-eyed Randolph EMC member, Christina Aldridge, as well as Alamance County Animal Control officers, volunteers, and a hard-working network of horse lovers called NetPosse, Top Gun was reunited with Fairweather and her three children a week later. He had traveled more than 20 miles into southern Alamance County, where it took six hours for four Alamance Sheriff's Department Animal Control officers, aided by volunteers, to corner him in a fenced field the same day he was discovered missing.

"He was a nervous wreck," remembers one of the volunteers, Bud Thompson. "After he figured out nobody was going to hurt him, he was fine."

Animal Control, however, had a problem. The department keeps a list of Alamance livestock ownership for just such an emergency, but Top Gun was a mystery.

"We were calling people asking, 'You know somebody missing a horse?'" remembers Sgt. Jennifer Knight. 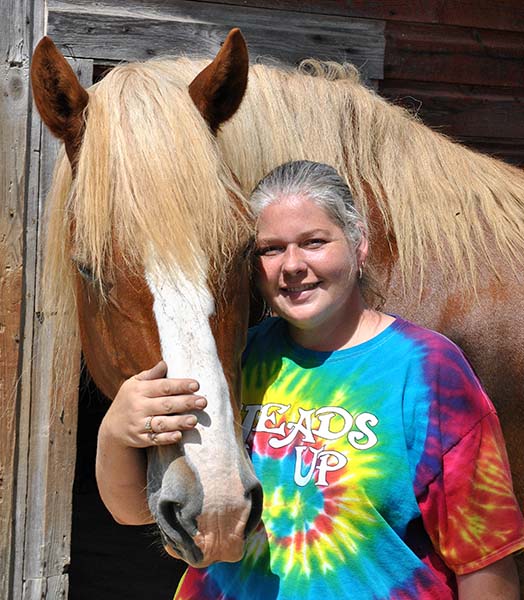 Randolph EMC member Christina Aldridge of Snow Camp, who helped reunite a missing mustang with his owner, shares an affectionate moment with Delilah, a 12-year-old draft horse. One of the best things about horse ownership, says Aldridge,  is “going out by the barn and sitting there in total peace and quiet with this beast, who wants to be there with you.”  (Photo by Hannah Miller.)

Then, several days later, enter Christina Aldridge, who has six horses of her own at her home in Snow Camp. She talked with her friend Bud Thompson about the energetic little horse he helped catch. The next day, on her Facebook page, she found a news feed with a dead-ringer description of the same horse, first posted on netposse.com and then relayed to her by someone else in the horse-owning community.

Thompson "was describing this horse to a T," she says. "Even to the brand on its neck," a holdover from Top Gun's days out West.

The horse's distraught owner had alerted NetPosse after she got over the first shock of her horse's disappearance. "I was really sick, I was so worried," says Tanya Fairweather.

Organized in Shelby more than a decade ago by horse owners Debi and Harold Metcalfe after their racking mare was stolen, the nationally active, all-volunteer nonprofit uses the Internet site, social media and a mammoth mailing list to get out the word when a horse goes missing.

"They reach out to the horse people, who care," says Aldridge. "It's almost like when one's missing, everybody owns the horse."

Aldridge got on the phone to Kim Webb Thompson, Bud's wife, and the Thompsons, after checking the missing-horse report on the NetPosse Web site, met Fairweather at the animal shelter, even though it was closed for the night. They turned a flashlight on the horse, "and that was him," remembers Fairweather, a horse massage therapist who operates Sonny's Equine Massage.

The next day, Top Gun was back at the Fairweather place, contentedly munching grass. 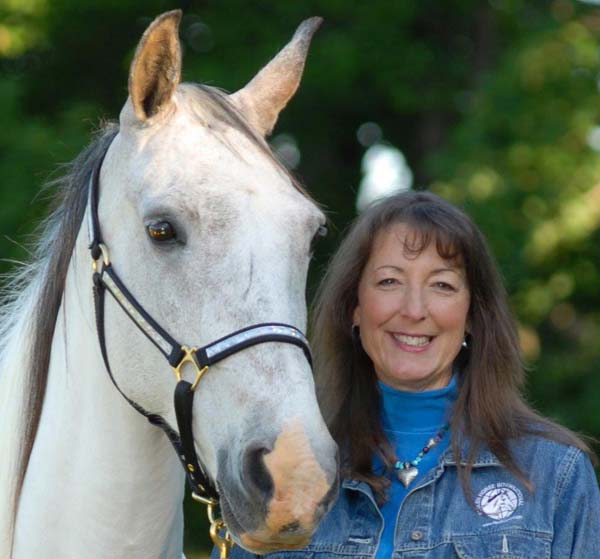 Sometimes, the mere fact that an alert has been issued gives thieves second thoughts, Metcalfe says. "Lots of times when we get on it real quick, the horses are brought back. The heat gets too much."

NetPosse also educates on measures to thwart theft, like branding and insertion of microchips. But, says Aldridge, brands are not nationally registered. "And," she adds, "most people that are crooked enough to steal are not going to sell them in the area they stole them from."

Several of her horses have microchips, but, she believes, that is "nowhere near as effective and quick as NetPosse."