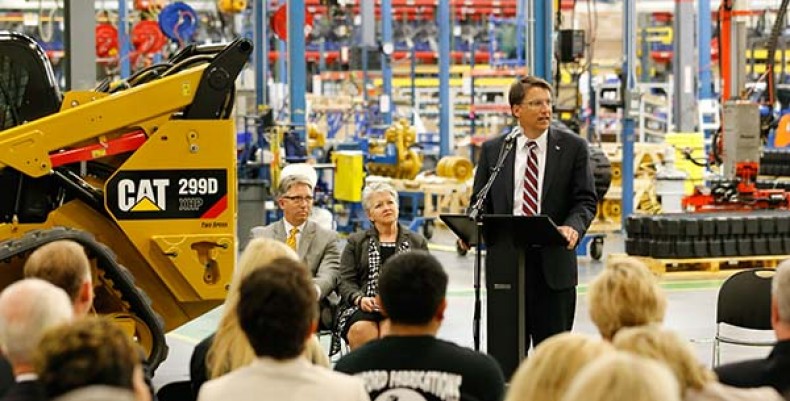 In January, Pat McCrory marks his second anniversary as North Carolina's governor. He met with Carolina Country recently to discuss his administration's achievements and address some issues that concern the state's electric cooperatives.

Born Oct. 17, 1956, in Columbus, Ohio, Patrick Lloyd McCrory came to North Carolina at age 9 when his father, an engineer, took a job in manufacturing. "In the fifth grade," he said, "I learned to say 'Yes, ma'am,' and I've been saying it ever since." He graduated from high school in Jamestown, Guilford County, then earned a teaching degree from Catawba College. He worked in recruiting and managerial positions with Duke Power in Charlotte until leaving in 2007 to run for governor. "My first year at Duke I climbed poles, dug ditches, read meters, crawled under houses to check insulation." 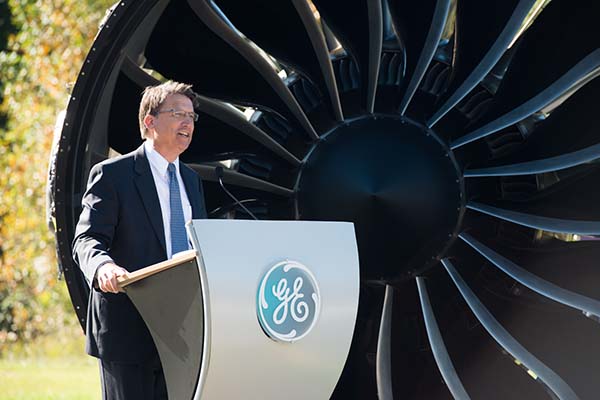 I believe in long-term impact, not short-term fixes. That's why we are concentrating on a 25-year infrastructure plan, not a one-year plan. My goal is to make a difference for the next generation.

Our vision for helping rural areas is through connectivity. The more connectivity we can provide in all areas of the state, the more competitive we will be with other states to attract, retain and grow industry. We have to connect our rural areas with economic engines not only in our state but across our borders into Virginia, Tennessee and South Carolina.

Part of our 25-year plan involves transportation: rail, highways, ports, airports. If we can get the transportation to and from metro areas and economic regions, we can get spin-off industry and employment around those economic engines. The plan includes energy: making energy affordable in every part of the state that will make us more competitive. A third part is communication: access to Wi-Fi and other means of communication. We need to make sure we have Wi-Fi in every town and school, and not just in the front office but throughout the school. Another part is to help some of the urban areas. And there's travel and tourism, which hasn't been emphasized enough. Many of the rural areas and towns are great travel destinations, from Edenton to Sparta and in between. And many of them are in the electric co-op service areas.

I believe the most important role for our community college and university systems is to connect skilled labor with employment. We have a skills gap now where we literally have thousands of job openings but not enough qualified labor to fill those jobs. I am asking the community colleges to go back to their original purpose of meeting the commerce needs of the region, training people for the skills necessary to fill the jobs. I changed the funding formula for community colleges from one based on how many students they have to one based on how many of their students actually get jobs, especially in the surrounding communities.

The average age of a farmer is 57 or 58. We need to get the younger generation interested in agriculture, because it's a great way to make a living and it's an important part of our economy. And we need the mechanics and technicians who can work with the 21st century equipment used on farms. Farmers tell me they have a tough time finding the mechanics.

I was recruitment manager at Duke Power in my mid-30s. I'd go to the community colleges to recruit and had a tough time finding people who could pass the entry level test of mechanical and electrical aptitude. We need to find that in the next generation. We've got to connect education with commerce.

It's great to see the co-ops active in their community colleges. The co-ops realize that their own survival is related to the skills needed to fill the jobs not only that they provide but also the industries that support the co-ops.

We have added a military component where we recruit men and women returning from service to help fill the skills gap, especially in rural areas. We're offering in-state tuition to returning vets who trained here but whose residency is listed as elsewhere ... We want returning vets to stay in North Carolina. Many of them already have technical, mechanical, medical and IT skills, so we believe in letting them bypass courses in which they already have the competency.

I've been to Washington on two occasions for the purpose of negotiating with the Federal Communications Commission. We think North Carolina can be the model for the rest of the nation on getting Wi-Fi and broadband to all parts of the state. We hope within the near future to present a plan in cooperation with the federal government.

State government must play a role in extending high-speed Internet everywhere, because the marketplace tends to concentrate only on regions that are economical, instead of in rural areas where it's hard to make a capital investment. The most important area is in education, because if our schools aren't connected we're not going to grow the rural areas. 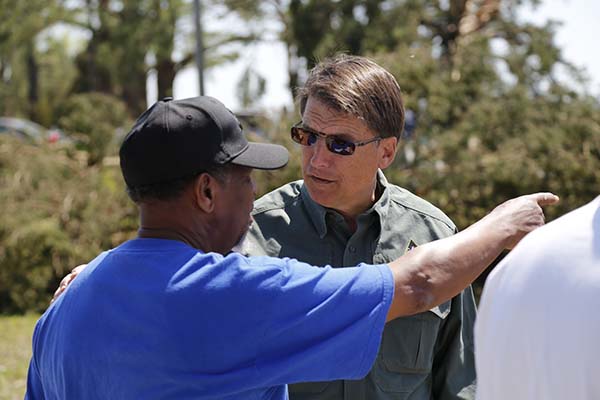 I admire the goals of the Obama administration for reducing carbon emissions, but I think the administration has overstepped its authority. The [recent] EPA regulations do not take into consideration what we in North Carolina have already done in wind, solar and other means of producing electricity. They also don't seem to recognize the impact that higher energy costs will have on jobs here. One of the first things industry looks for, including agriculture, is the cost of electricity and other utilities.

For many people and businesses, their electric bill is one of the largest expenses they have. The EPA regulations do not take into consideration the affordability of energy, especially for the middle class. We need an economic model that is affordable for both the consumer and the investor. The administration's new requirements will not only cost the industry, but will actually cost the consumer as well. I am going to work with the Congress on trying to reverse what I consider executive overreach by the Obama administration.

I support a diverse portfolio of energy—from coal to hydro to nuclear to wind to solar. I believe in an "all-of-the-above" policy. Giving subsidies to some industries ends up costing everyone.

Some good news is this new gas line coming in from West Virginia to the eastern part of the state. We think it will have a positive impact on energy prices, especially in eastern North Carolina.

I believe a small town environment is the living room of rural areas. If I am recruiting new industry to those areas, I want to show off the living room, which is the main street, the business district. To have abandoned and vacant buildings makes it something I can't sell, because it indicates the region is unhealthy. I am upset with the legislature, even in my own party, for eliminating the historic preservation tax credit. We need to reinstate that to encourage investment in small town commercial areas, to bring retail and the marketplace back to the small town business districts.

An advantage that small towns and rural areas have is as affordable retirement communities. To make that work, we need to make sure there's a comfortable living room.

Our 25-year plan supports agriculture and manufacturing, which are keystones of our economy. They are not dead industries. In fact they can pull North Carolina out of this recession. We can't just talk about new tech and high tech. In fact, manufacturing is high tech. Growing those sectors will help the electric co-ops, too. The co-ops can't rely on residential usage alone. They need to have some industrial usage to help defray the cost to their residential customers ... We created a whole new rural economic development process that uses money more efficiently and effectively. It's one of the major objectives in our Commerce Department.