You can’t beat that with a stick! - Carolina Country
Feature Story

You can’t beat that with a stick!

How Wake Electric made a woman and her gardens happy. 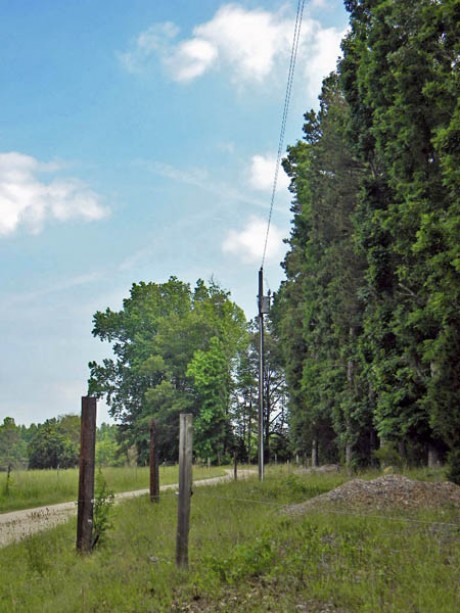 I have lived for six years in a house I rent on a lovely farm in Franklin County. A long driveway lined with oak and hickory trees leads to my house, which is situated on a hill in a grove of more oak trees. In the six years I have lived on this farm, I have lost power not more than five or six times. Only twice did it take more than an hour or so for Wake Electric to restore my power. Even in the midst of a snow and ice storm I did not go more than a day without electricity. I think that is amazing. One reason is because my Wake Electric cooperative keeps the trees along my driveway — a drive almost a quarter-mile long — clear from the power lines.

Not until last summer when a caravan of trucks from Wake Electric arrived on the farm have I had the chance to observe the tree-trimming procedure. I was at my desk watching in fascination as the men trimmed off branches that had grown too close to the power lines, which run through the farm to my house and to another building farther down the lane. The men ran the branches through a machine, like celery in a food processor, that reduced them to clippings. Then they deposited the chopped and ground-up tree limbs into the back of a dump truck.

My heart skipped a beat at the sight of that wonderful truckload of mulch. So I hurried out to speak to one of the workers to see what was to become of it.

"Is it possible for you to leave that in my backyard?" I asked.

He asked me where I wanted it dumped. By day's end there were three big piles of wonderful mulch — one for the landlord, one for the man who leases the pasture to raise cattle, and one for me. I had a project planned and used some of the mulch right away to cover a path in a little garden nook.

Winter produced several snows, a bit more than I liked, truth be told. With the first few warm days of March I started thinking about planting again. I cleared a little spot where I wanted to plant some blueberry bushes. I started digging into my mulch pile to find that once I got into the bottom my mulch had miraculously turned into rich compost. I was surprised the process had taken place in what seemed a short time. But when I thought about it, I realized several months had passed and the snow probably helped things along, slowly melting and soaking the clippings. I was thrilled because the rocky, sandy soil needs all the organic enrichment I can offer it. I have several containers filled with the compost and planted with flowers. And I added some to a raised bed where I plant a little kitchen garden.

Once the trees' leaves reappeared, you can hardly tell the branches have been trimmed. I feel assured my power outages will continue to be few and far between, plus I have the added bonus of being able to recycle the debris as mulch and compost for my gardening. As the saying goes, "You can't beat that deal with a stick!"