The Old North State is rife with spooky spots 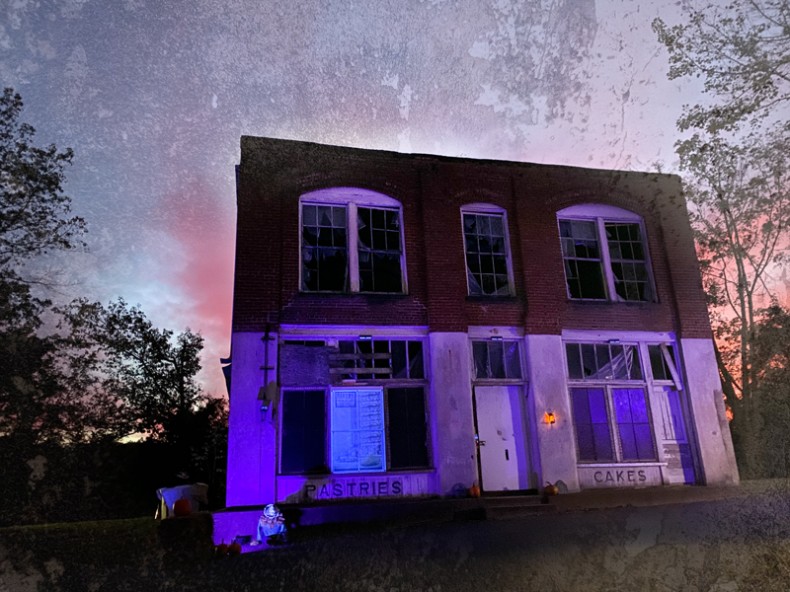 North Carolina has plenty of haunts and legends that persist through generations. Yet the more obscure, unknown and unexplainable are some of the best stories of this state. In typical Halloween fashion, it’s time to have a good scare, so gather 'round for three truly haunting stories from North Carolina. 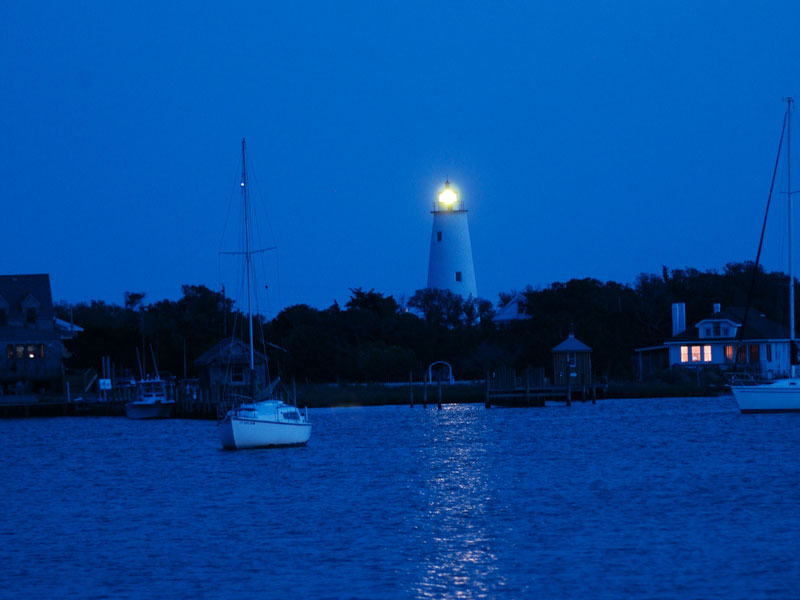 Every October, hundreds gather in Ocracoke for Blackbeard’s Pirate Jamboree. The festival concludes with a militia crew march to Springer’s Point, where Blackbeard lost his life (and head) at the hands of Lieutenant Maynard. Joe Sledge, Outer Banks native and author of “Haunting The Outer Banks,” recalls growing up with Blackbeard’s infamous legacy.

“Blackbeard, the angry grimacing pirate with fuses in his beard coming at you with a cutlass, was a well-known image for us. His figure was sold in stores, along with his treasure and pirate ship, all in miniature and on display,” Joe says. “Almost all the legend of Blackbeard is lore. But his death — the basic story of him being roused up at dawn with the threat of two ships in the water off Ocracoke — that is well documented.”

During the bloody battle on Nov. 22, 1718, Blackbeard suffered a reported 20 stab wounds and five bullet holes. Even after being decapitated, it’s rumored his body swam around the ship three times in search of his head. By that point, Maynard had attached it to the bow of the ship.

“Where did Blackbeard's body get buried?” Joe says. “It is possible the crew was placed in a shallow communal grave somewhere nearby, which would be today's Teach's Hole on Springer's Point. So, if there is a ghost of Blackbeard, that's a likely place.”

For Joe, he prefers the Blackbeard tale of a mysterious light in shallow waters. A light that’s chased fearful kayakers and gives all who see it a sense of dread. More than just pirates, Ocracoke itself is quite haunting.

“I once said you can't swing a boat oar on Ocracoke without it going through a ghost,” he says. “The living and the dead in little Ocracoke Village, well, they may not always be friends, but they are definitely neighbors.”

For those visiting — after you’re chased through Springer’s Point by Blackbeard’s disembodied figure — venture to one of the island’s 80 cemeteries. Keep your eyes out for Augustus Abner McGuire, a ghost donning a full diving suit, or Mad Mag Howard, a screeching ghost at Howard Cemetery.

Guttural howls in the night, a sasquatch with a sweet tooth and a now-viral Bigfoot video; this and more bring Bigfoot researchers and TV Shows like “Finding Bigfoot” to the Uwharrie National Forest. Lee Woods has been conducting his own research here for over 16 years. 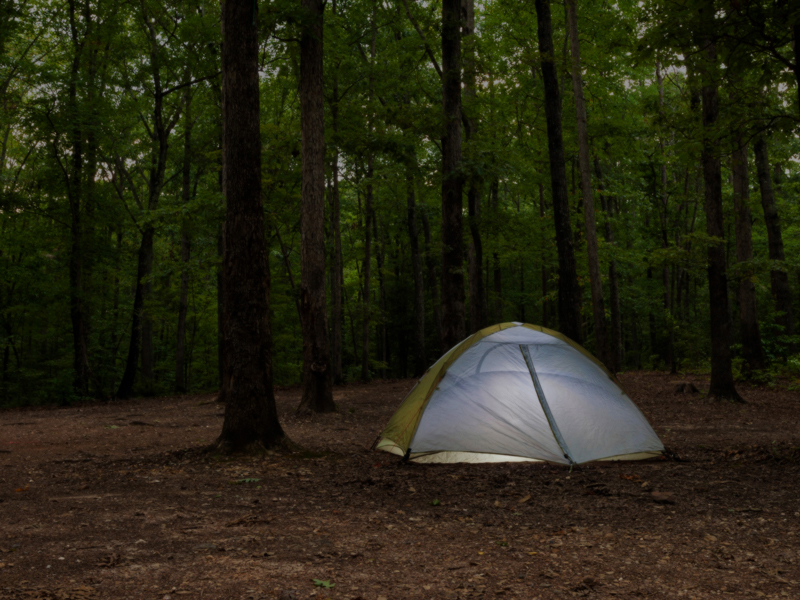 “I heard about a lady who was having something throw rocks at her house late at night, then about a month later she saw the creature. I was contacted about this two weeks later and that’s how I got into my research in Uwharrie,” Lee says. “I have had four Bigfoot encounters here over the last 16 years.”

In 2009, Michael Greene captured a now-viral video that appears to show a sasquatch-like figure creeping between trees under the cover of night. The thermal imaging video is known as “Squeaky Thermal” to Bigfoot groups and today has more than 19,700 views on YouTube. (And Michael didn’t just film Bigfoot — apparently Bigfoot also stole a Zagnut candy bar from his tent.)

“To the folks who don't think it's real, all I can say is spend some time deep in the forest and just see what happens. Will they have an encounter? Maybe not, and then again maybe they will,” Lee says. “Bigfoot doesn't work on man's time and doesn't show up on cue like they show on TV.”

As to why Uwharrie is linked to Bigfoot, Lee says he and others truly can’t pinpoint a why. Perhaps it’s because the Uwharrie range is more than 500 million years old, perhaps Bigfoot just enjoys peace and quiet. Even if you don’t have a sighting, you can always stop by the Eldorado Outpost to purchase an “I Believe” t-shirt.

Fans of the film adaptation of “The Hunger Games” might know Henry River Mill Village as District 12. The former textile village in Burke County was initially erected in 1905 and remained prosperous until 1963. In 1977, the main mill building caught fire, and the last resident moving out by 1987. For many years the town sat abandoned, home to vandalism and trespassers inventing their own ghostly tales. In 2017, Calvin Reyes and his family purchased the 72-acre property. 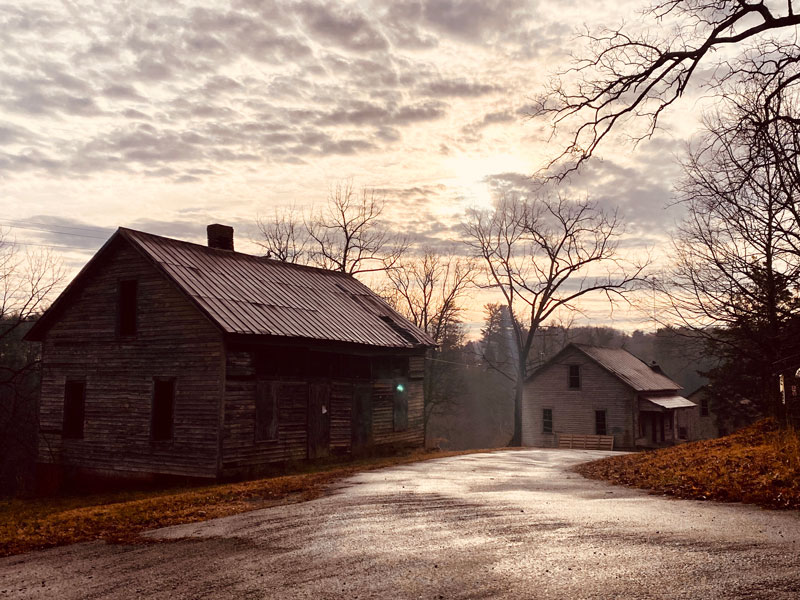 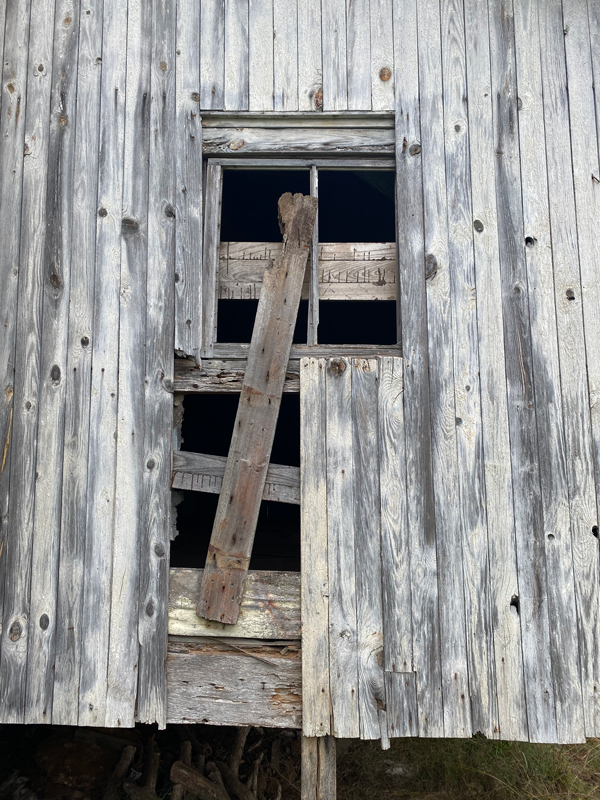 “We were looking for land in the southeast and this kept popping up. We decided to look at it and fell in love, we had no idea what we were going to do with it but knew we wanted to save it,” Calvin says. “People ask me all the time, ‘Is it haunted?’ and I say, ‘I guess that’s up for you to figure out.’ Private groups can rent the property and we do our own investigations.”

Paranormal investigator Michael La Chiana is one of those people. Even though an abandoned mill town might seem scary, he notes the energy is peaceful and quiet.

“In March 2021, we booked an overnight stay in the newly renovated #12 house. A beautiful renovation of the original duplex home in the village,” Michael says. “I arrived before my friends, went inside, and heard a loud ‘hello’ and loud coughing. I looked in all the rooms and found no one.”

The majority of unexplainable encounters center around the Company Store with several people hearing the voices of young children and the names Sarah and Emily. Although Calvin sees the property as historic over haunted, he has had one truly frightening encounter.

“The only time I’ve been terrified, I was taking a buddy of mine into the Company Store at night, kind of as a joke,” Calvin says. “We’re walking around — it’s naturally creepy — and as we walk upstairs, we hear footsteps running across the room, but we were the only ones there.”

Henry River Mill Village is open daily to the public and those seeking their own experience can even take a guided paranormal tour.