Hunt Gives Back to U.S. Veterans 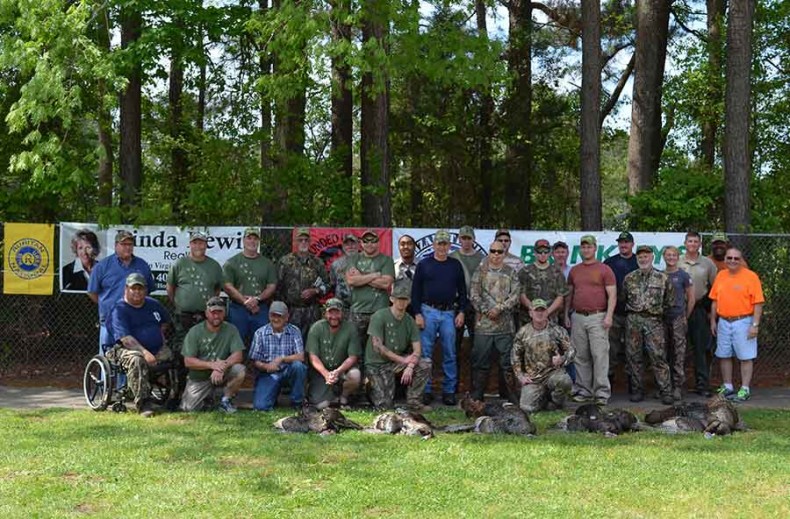 For three days, 17 of our nation’s veterans—all Purple Heart recipients—prowled the woods of Gates County hoping to bag the elusive wild turkey.

The Gates County Wounded Warriors Turkey Hunt partners each veteran with a volunteer guide and caller, forming a team for hunting as well as friendship. This was the sixth year for the event, held April 20–22, 2017 in Gatesville.

“I’ve been volunteering for five years at the hunt. It’s my way to give back to those who have sacrificed so much for us and our country,” Riddick said. “We had a great time with Jeff, and a highlight for me was just getting to know him over those few days. Very glad Jeff was able to get a turkey!” 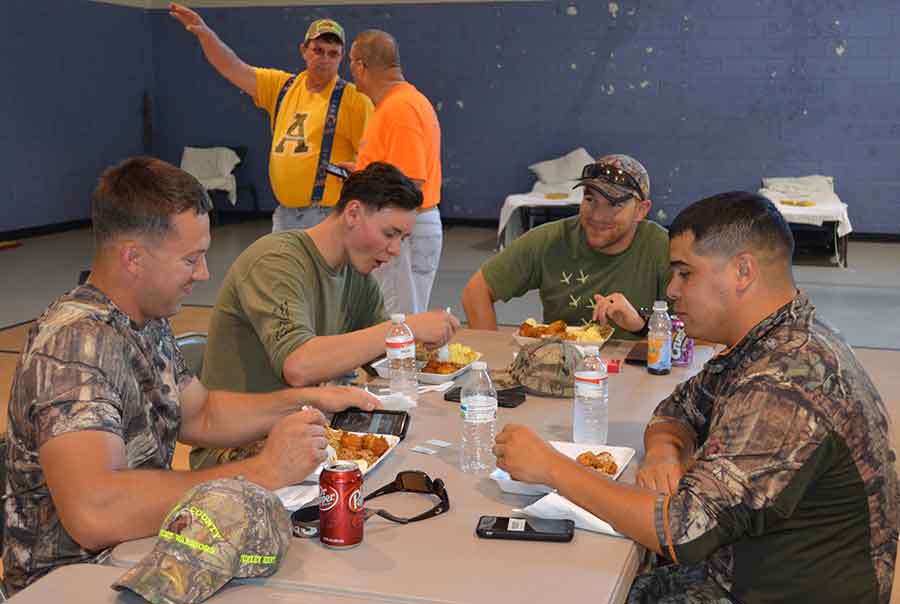 The event builds lifelong relationships for the warriors and volunteers, explained Ray Freeman, who along with Ray Campbell and the late Andy Eure began the Gates County hunt after a similar event in Virginia shut down. Freeman and Campbell both work for the Gates County Sheriff’s Department.

The event provides a safe environment for all to enjoy three days of hunting and community. NC Wildlife Resources Commission officers come out on Thursday to train and license those warriors who do not already hold a hunting license. Local sheriff, fire and EMS departments volunteer. And the local Veterans of Foreign Wars (VFW) chapter provide the farewell luncheon.

Freeman reaches out and accepts applications from Wounded Warrior Battalions across the country. This year’s event featured warriors from Missouri, Florida, South Carolina, Virginia and North Carolina. In years past, a few have traveled from Washington State. Many come back to the event year after year, some as hunters and others as guides and callers to help other warriors. Freeman said the ages have ranged from 19 to 100.

“We do this for these men and women because they’ve given enough,” commented Dan Kennedy, who served as a guide for seven years in Virginia and now six years in Gates County. “We have a lot of fun, and some of these guys have never hunted before!”

Chris Dillon, U.S. Army, attended the hunt for the second time with Army buddy Kevin Assenat, who made his fourth trip to Gates County. Both are from Roanoke, Virginia.

“I didn’t bag one this year, but that’s not what this event is all about,” Dillon said. “I’ll be back next year.”

Donations to help fund the annual event can be mailed to: