The old man and me - Carolina Country
Jacob’s Log

The old man and me 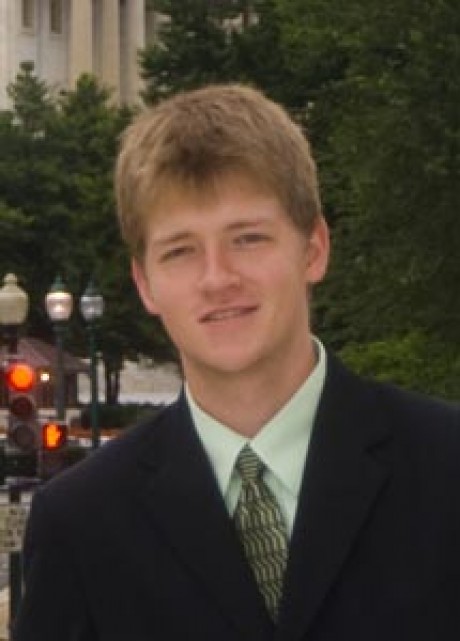 Every now and then — and I'm not exactly sure why — I enjoy sitting down beside a complete stranger and carrying on a conversation. More often than not, they are the mundane "How are you?" or "Did you see the game?" type conversations. While pleasant and entertaining, these conversations don't contain the meaningful sustenance I crave. However, once in a blue moon, I will come across a beauty.

I had a little free time between classes, so I decided I would check out one of the local coffee shops. Personally, I'm not a coffee enthusiast. I was simply looking for a place to get out of the chilled mountain wind.

I walked in and took an open seat beside an elderly man who looked to be right around 70. Something about him drew me in. He looked like the old grandpa "let me tell you right now" type. Sipping on his coffee and flipping through the newspaper, he was going to be my next victim. I casually asked him how he was doing. He glanced up and said, "Better, now that I have someone to talk to." He had me.

We covered the basics: the weather, the game from the week before, the week's upcoming game, topics in the news, and before I knew it, I heard his life story.

He characterized his time spent serving during World War II as a privilege and an honor. This gentleman told me of how he was trained in intelligence but ended up playing clarinet in the Army band: "They saw on my file I could play clarinet and asked if I wanted to trade my gun in for an instrument. That's fine with me, sir, if that is what you need." His face lit up when he discussed his performances: "They (soldiers) loved it when we came to their base. They danced and cheered and had a ball. I kind of felt like a big shot." I asked him if he would do it all again, and he replied with a chuckle, "Oh yeah. If not, I would have had to go to work."

On the topic of work, I asked him what he did for a living. He said proudly, "I was a mail carrier in rural South Dakota for 32 years." He said his career choice was simple but perfect: "No, I didn't make a fortune, but I was happy and stress-free." When mentioning the long trek he made every day across 130 miles of rural American territory, he asked if I had ever been out in the middle of nowhere. I replied, "That's my hometown: God's country."

He went on to tell me about his numerous children, grandchildren and great-grandchildren. He told of his joyful moments and of the difficult ones. It was obvious the former outweighed the latter. I asked how he maintained such a positive attitude, and he replied: "I let the small things roll off my back and give the big things to God. That way, I'm left with two things: taking care of my family and pulling for the Army in the Army-Navy game."

This simple wisdom astounded me. I could have talked with him for hours, but I had already skipped my class and needed to get home.

I wondered then about my assumption of his age. So I had to ask his age before I left. He looked at me with a smile, "I am 89 going on 20." We shook hands, and I left.

Here is to letting the small things roll off your back and giving the big things to God. Merry Christmas.

Jacob Brooks of Alleghany County, who represented electric cooperatives as the 2010 national Youth Leadership Council spokesman, heads to Appalachian State University as a sophomore this fall.