A culture of safety - Carolina Country
First Person
May 2014

A culture of safety 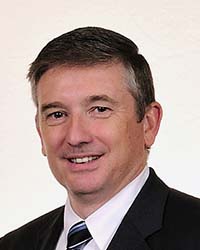 For 55 years, the Federated Rural Electric Insurance Exchange has had the privilege of insuring the nation's electric cooperatives. Federated was formed in 1959 when 16 Wisconsin co-ops formed their own insurance cooperative, because they wanted better service, more emphasis on safety, and stable premiums if they could get them. Since that time, we have shown that cooperatives are very good at not only providing a safe environment for their employees and their members, but also at controlling their insurance costs.

Federated operates as a cooperative solely for the benefit of its member cooperatives. We do not focus on share price or earnings. We focus on helping cooperatives deliver safe, affordable power to their members. We don't work through agents or brokers, but instead handle all underwriting and claims in-house, which helps us control costs and the quality of services. Every dollar a co-op pays in premiums goes to run Federated (15 percent) and pay for losses (85 percent), no more and no less.

In recent years, we have seen that our emphasis on loss prevention and our business model have worked well for our members, their employees and the communities they serve. Consider these numbers.

Maybe we serve fewer cooperatives. No. In 1999, we served 572 cooperatives, and now we serve 763. That's a 33 percent increase in accounts, while our claim counts are back at the 1999 level.

So what's the reason? Maybe we're lucky. But a steady drop in claims during a time when we're insuring more says something else: There has been a change in our loss patterns. Cooperatives are experiencing fewer losses. The "culture of safety" we have worked so hard to achieve has become a reality.

This means that co-op employees are working safer, and co-op members have a safer environment to live and work in. It also means we can reduce insurance costs for your cooperative, which directly affects your electric rates. If we don't have to pay for losses, the margins come back to the co-op — that's how cooperatives operate.

As of February 2014, our board allocated 100 percent of our 2013 margins back to our member cooperatives — $31.4 million. We also returned $8.4 million of the prior year's margin allocations. North Carolina cooperatives this spring received $1,407,717 in returned margins, and the statewide association received $229,540 in support of its safety programs.

Since 1999, we have returned $168 million in margins back to members. Federated's premiums for any given year are not even $168 million, but closer to $160 million. So in effect, our member cooperatives have had a year's worth of insurance at no cost. This is money we keep in the family. It keeps the cooperatives' insurance costs low and helps to contain your electric rates.

As an electric cooperative member, you can take pride in your co-op's safety record and in the comprehensive, statewide job training and safety program that ensures our "culture of safety."