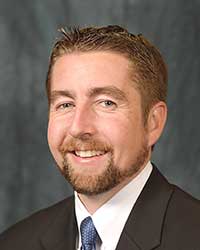 Rapid declines in the price of light emitting diodes (LED) technology suggest that the next generation of energy efficient lighting — LED bulbs — is on the verge of widespread adoption. LED bulbs will eventually make traditional incandescent bulbs and their high energy requirement a thing of the past.

In North Carolina, for example, one of the world's largest LED bulb manufacturers, Cree, recently announced a new bulb that is up to 82 percent more efficient than an incandescent bulb. The bulb sells for about $8 at Home Depot, a price that means the bulb will pay for itself in energy savings in about a year.

That's a smart energy choice in the home — and a bargain. In 2013, the same wattage LED bulb was about $13, illustrating the dramatic cost reductions that are occurring throughout the industry.

Some of the largest companies in the world are beginning to make LEDs the default lighting choice in their buildings. Food Lion and Walmart, for example, have introduced LED lights into their in-store refrigerators in North Carolina. LEDs emit very little heat, reducing electric bills in the refrigerated section.

In 2013, the University of North Carolina system earned recognition for its aggressive plan to make major investments in LED lighting upgrades across 13 campuses and four other state facilities. These investments are projected to save North Carolina taxpayers about $25 million over seven years.

U.S. Army is on board

In the eastern part of North Carolina, one of the largest Army bases in the world — Fort Bragg — is installing LED bulbs in aircraft hangars. The energy savings could go toward providing soldiers with additional equipment and training.

North Carolina's member-owned electric cooperatives have pioneered the use of LED technology in outdoor security lighting. Co-ops are using LEDs to replace mercury vapor and HID ballast-driven lamps that members use for yard lights and outdoor security lighting. And, the LED lighting is made by a North Carolina-based manufacturer. The co-ops like the advantages of LED outdoor lighting: it costs less, requires less maintenance, and appeals to members who appreciate how it preserves the night's dark sky. The electric cooperatives also are looking at LEDs for such uses as flood lights, roadway lights and decorative street versions.

It will still take time for LED bulbs to appear in every home and business, just as it did for cell phones and computers, but these real-world examples show that LED technology is gaining widespread adoption. Energy efficient lighting saves people and businesses money and spurs job growth in the growing clean energy industry. That's a bright idea that everyone can get behind.

Greg Andeck is senior clean energy manager for the Environmental Defense Fund in Raleigh. He also serves on the board of NC GreenPower, the first statewide renewable energy program in the country. A version of this commentary appeared in the "EDF Energy Exchange," Dec. 18, 2014: blogs.edf.org/energyexchange