By Craig A. Conrad 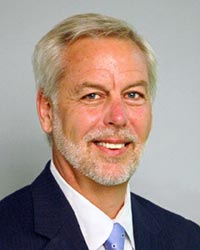 North Carolina has long held the reputation as America's most military-friendly state, and with good reason. The armed forces and Coast Guard directly or indirectly employ more than 10 percent of North Carolina's workforce, according to state government statistics. The military's contribution to our state's economy is nearly $24 billion; only agriculture contributes more. Our advances in education, technology, health care, business growth and overall quality of life are enhanced immeasurably by our military neighbors.

Defense installations and the military have played an important part in our state's health and well-being. North Carolina has appreciated and supported the military ever since such colonial installations as Fort Johnston was built in Southport in 1749 to protect our coast. When the Department of Defense conducted its Base Realignment and Closure operations in 2005 to consolidate infrastructure and raise efficiency, North Carolina welcomed additional facilities and personnel. Between 2006 and today, the friendliness we showed the military was rewarded with billions of dollars in new construction and investment by the military.

We are proud to have the fourth-largest active duty military population in the U.S. calling North Carolina home — at seven installations and 14 Coast Guard facilities. And we're especially pleased that so many retired personnel and veterans stay here with us.

The military and government spending

While we take pride in the fact that our military is second to none in the world — and as we ensure it stays that way — we understand that our federal government faces a looming risk in deficit spending. In order to maintain a secure future for coming generations of Americans, government spending must come under control, and the military will be affected. The growth we have seen could be reversed if our elected officials in Washington, D.C., allow budget cuts that are implemented without consideration for how reductions will impact the military or our state's economy.

After this election season, we look forward to helping the federal government get down to the serious business of providing for our nation at home and abroad in a careful, prudent and visionary manner. Regardless of who is elected to the Presidency and the Congress, our representatives need to consider what's best for all Americans now and in the long term.

The failure of the Congress in recent years to settle political differences in order to reconcile its spending priorities has placed the federal government in a position where in January we could see as much as $1.2 trillion in arbitrary and unplanned spending cuts, including throughout the military. The process called "sequestration" in January could essentially impound or sequester Congressional appropriations. Such cuts would not just gouge military and other government programs, but will have a negative impact on our local economy. Already, many civilians and businesses who work with the military are bracing for these cuts. Major military cutbacks also could have a chilling effect on military readiness and response.

Clearly the federal deficit situation calls for cool heads to prevail. The way to preserve our military's integrity — and the security of North Carolina and the nation — is to bring all parties to the table, to cooperate, and implement balanced policies and procedures that protect us all.

Craig Conrad is CEO and general manager of Carteret-Craven Electric Cooperative, the Touchstone Energy cooperative that serves more than 39,000 member accounts in Carteret and Craven counties, and parts of Jones and Onslow counties.