Standing before the Unknown 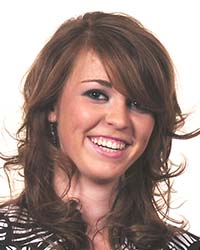 It was terribly hot on the long hike through Arlington National Cemetery. The rows of crisp, white headstones marking the soldiers who had given their lives for freedom gave way to a single monument. Here, I was to take a leafy magnolia wreath down to the Tomb of the Unknown Soldier with my companions.

I stood atop a flight of stairs looking at two soldiers marching, guarding the tomb with unwavering devotion. All that could be heard was the tapping of their feet, despite the crowd of more than 200 watching.

I was filled with gratitude toward those who had sacrificed for our country. I thought of my father, grandfather and great-grandfather — all veterans of the U.S. military.

I looked past the marching soldiers to the tomb that stands for those individuals who lost not only their lives, but who also lost their identities. That I was able to pay tribute to such heroes left me without words. It was more than a wreath: it was a symbol for every ounce of gratitude, awe and remembrance I had welled up inside of me. 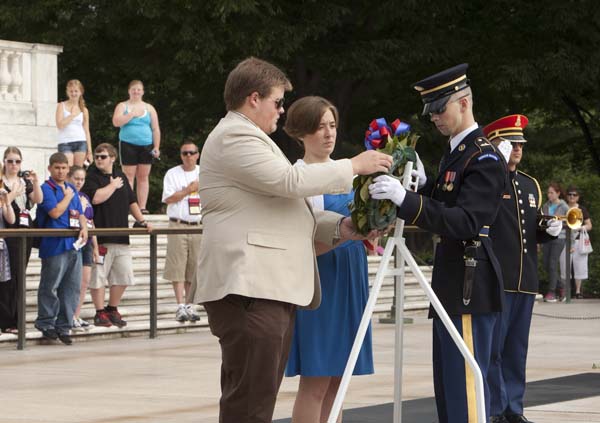 Probably the most solemn part of the annual Youth Tour to Washington each June is when the electric cooperatives' young delegates present a North Carolina wreath of magnolia leaves at the Tomb of the Unknown Soldier in Arlington National Cemetery. That honor in 2012 went to Garrison Wagoner of Sparta, representing Blue Ridge EMC, and Alex Loflin of Denton, representing EnergyUnited. (Photo by Mike Olliver)

Through the years, the act of honoring the fallen has impacted Youth Tourists in many ways.

"Having lost a best friend in combat, I felt like I was honoring not only the unknown, but the known as well." —Hannah Stutts, Youngsville, Wake EMC, Youth Tour 2013

"I will forever remember the great pride the guards took in their duty. Their pride inspired me to embrace a deeper appreciation for my country and those who have and will continue to make sacrifices for our nation's wellbeing." —Alex Loflin, Denton, EnergyUnited, Youth Tour 2012

"It brought out a sense of patriotism in me I had never experienced before." —Jesse Bunton, Morganton, Rutherford EMC, Youth Tour 2013

"The moment when I laid a wreath at the Tomb of the Unknown Soldier was probably the single most moving moment of the Youth Tour." —Douglas Stephens IV, Wade, South River EMC, Youth Tour 2011

Marisa Linton of Wayne County was sponsored on the 2011 Youth Tour to Washington by Tri-County EMC, based in Dudley. She attends Campbell University and is an intern with the Corporate Communications department of the North Carolina Association of Electric Cooperatives in Raleigh.