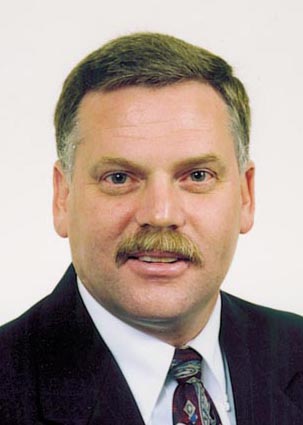 America's electric utilities and governments are grappling with a supply-and-demand dilemma.

In spite of efforts that consumers and utilities have been making for years to use electricity more efficiently, the American lifestyle these days simply demands more electricity. Today's average residential electric bill for a year is $263.40 higher than it was in 2005. U.S. homes on average used an additional 50 kilowatt-hours every month between 2009 and 2010, and in that period retail electricity sales rose 4.4 percent.

On the supply side, the power plants that utilities built in the 1960s and 1970s — mostly coal and nuclear plants — now need expensive updated technology to meet efficiency, security and pollution control requirements. In some cases, it makes more sense economically to shut down the older plants.

New generating stations are scheduled to come online. The U..S. Department of Energy predicts 20,000 megawatts of natural gas facilities will start operating this year, with another 28,000 MW proposed for 2013. New wind project proposals may add 42,000 MW this year and 28,000 MW in 2013 — but only if federal production tax credits continue.

Add to the mix a new series of U.S. Environmental Protection Agency (EPA) regulations that will require electric utilities to retrofit power plants with costly pollution control equipment. Utilities have been telling the federal government that the EPA timeline for these upgrades is unrealistic. Improvements take time, and new technologies have to be tested before going mainstream. EPA's strategy to require significant change within very compressed timelines could not only damage the American economy's recovery, but also could affect the reliability of your electric service.

There's no question that electric cooperatives want to do the right thing for the environment, and we have. Over the last decade, power supply co-ops have invested $3.4 billion to boost plant performance and limit emissions. In fact, since 1990, power plant emissions of nitrogen oxides and sulfur dioxides — compounds formed by burning fossil fuels — dropped at least 67 percent nationally even as electricity use climbed 38 percent. Another $4 billion has been slated for upgrades through 2021, with the bulk of the money — $2.18 billion — marked for work this year and next.

Currently about half of the nation's electricity comes from coal-fired plants. Many of the coal power plants that supply co-ops were built between 1975 and 1986, when using natural gas was prohibited by the federal Powerplant and Industrial Fuel Use Act.

Because we invested more in fossil-free nuclear energy during that time, North Carolina cooperatives are in a different position to manage the cost increases that stricter environmental regulations will bring. Understand, the regulations will increase electric bills for everyone. But due to our diverse fuel portfolio, we are potentially less impacted than other electric utilities. Even so, we have joined cooperatives around the nation in urging EPA to consider the impacts of its compressed timeframe. Rushing to implement serious upgrades will negatively affect our business mission: to safely provide you with reliable and affordable electricity. In order to keep your power flowing reliably, without forcing big rate hikes, utilities everywhere need a manageable timeframe to meet the EPA requirements.

Electric cooperatives are leading the way to find affordable solutions to America's electricity supply and demand dilemma. Find out how you can help at www.ourenergy.coop.

Dale F. Lambert is executive vice president and general manager of Randolph EMC, the Touchstone Energy cooperative that serves more than 31,000 members in Randolph,Montgomery, Moore and parts of Alamance and Chatham counties. He chairs the Power Supply Co