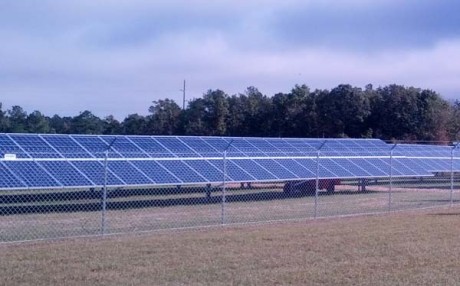 The new solar farm on 11 acres comprises 11,564 solar electric panels at QVC's distribution center off US 64 in Kingsboro, between Rocky Mount and Tarboro. The facility has a sister farm assembled in 2008 on seven acres at the same location. Together, the two solar farms can produce 5.8 million kilowatt-hours of electricity per year. QVC says producing this much power from renewable energy equates to reducing CO2 emissions in the atmosphere of 458,766 gallons of gasoline.

Edgecombe-Martin County EMC is the electricity provider to the facility, and the cooperative was instrumental in taking advantage of resources to bring the QVC to Rocky Mount. NCEMC will purchase the energy produced by both QVC solar farms and return it to the grid.

QVC Rocky Mount has been in Edgecombe County since 2000 and employs more than 1,000 people. During peak seasons, the company employs as many as 1,500 people. Other QVC sustainability initiatives at the site include: