The program includes Job Training & Safety courses in the classroom and outdoors on a specially designed training field built by North Carolina’s Electric Cooperatives. Program participants learn skills such as overhead line construction, underground line construction and the National Electrical Safety Code. Beyond classes in line work and energy management, they can take courses toward their associate degree ranging from writing and math to critical thinking, computers and communication.

Since the program began in 1998, 21 employees have graduated with an associate degree in Electric Lineman Technology. The community college program is supported entirely by the electric cooperatives, but it also is attended by linemen from Duke Energy and municipal electric systems.

Listed are the co-op employees who completed the work during the spring semester of 2018. 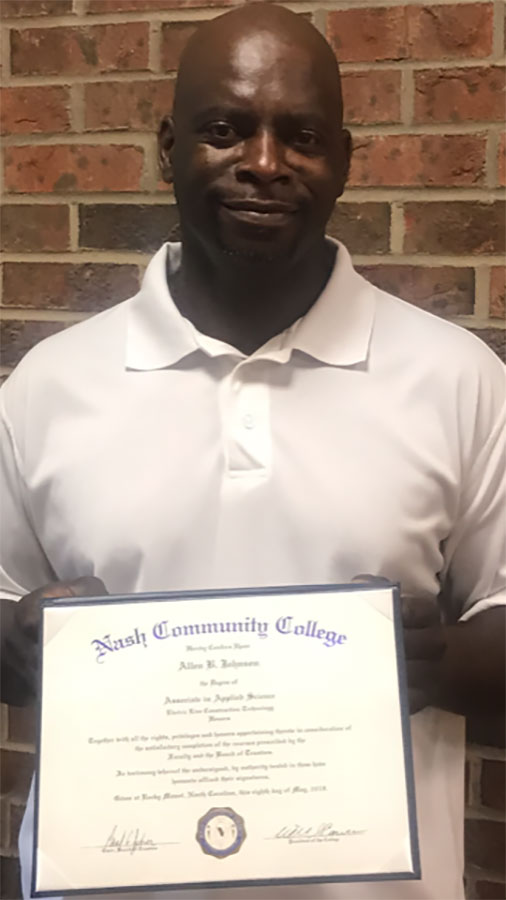 Allen Johnson
Johnson works as a A-Class Lineman and has been with Piedmont Electric for 16 years. He and his wife, Candace, live in Hillsborough with their three children. His hobbies include hiking and fishing.

Josh Knight
Knight is an engineering technician who has been with Union Power Cooperative for nearly 12 years. He enjoys spending time outdoors with his wife, Ashley, and their three daughters.