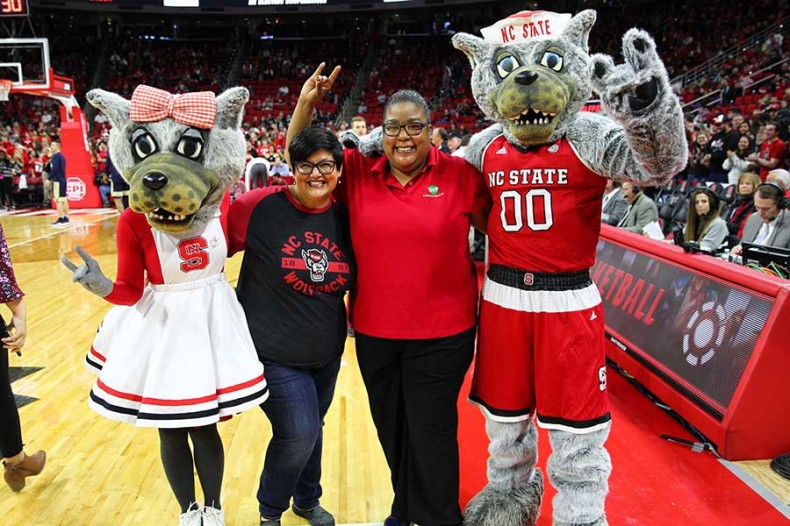 The two 2018–19 Kenan Fellows hosted by North Carolina electric co-ops were back in the spotlight at a January NC State basketball game against ACC rival Pitt. Kari Cobb of Northside High, hosted by Jones-Onslow EMC in Jacksonville, and Daria Fedrick of Bragg Street Academy, hosted by Central Electric in Sanford, were recognized on the court at PNC Arena for their exceptional achievements as educators.

North Carolina’s electric cooperatives have sponsored and hosted six educators as Kenan Fellows since 2014, with a 2019–20 fellowship being sponsored by Union Power Cooperative in Monroe.