By Victoria A. Rocha, ECT.coop 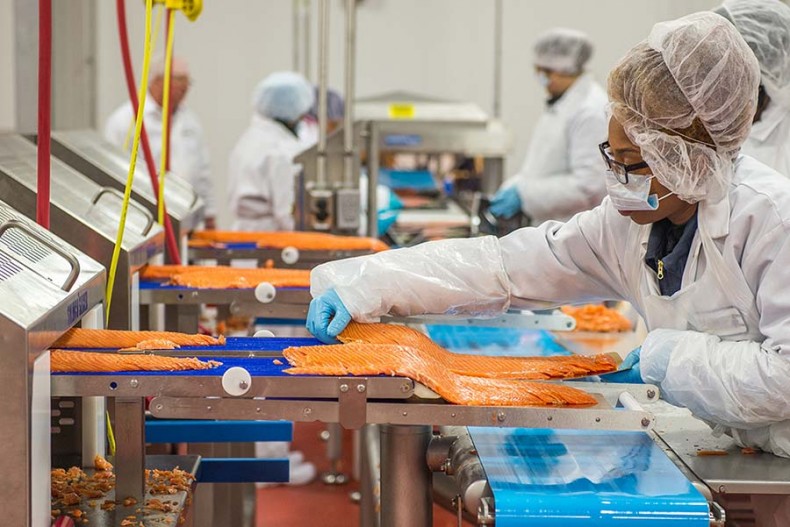 One of 120 new employees at a Pender County seafood plant works at machinery purchased by a Four County EMC loan.

Four County Electric Membership Corporation, based in Burgaw, has been involved in a wide-ranging partnership that is turning a new industrial park into a major economic player in the region. The cooperative’s contribution to the project at Pender County Commerce Park was a $2 million federal loan that helped reel in a new seafood processing plant. 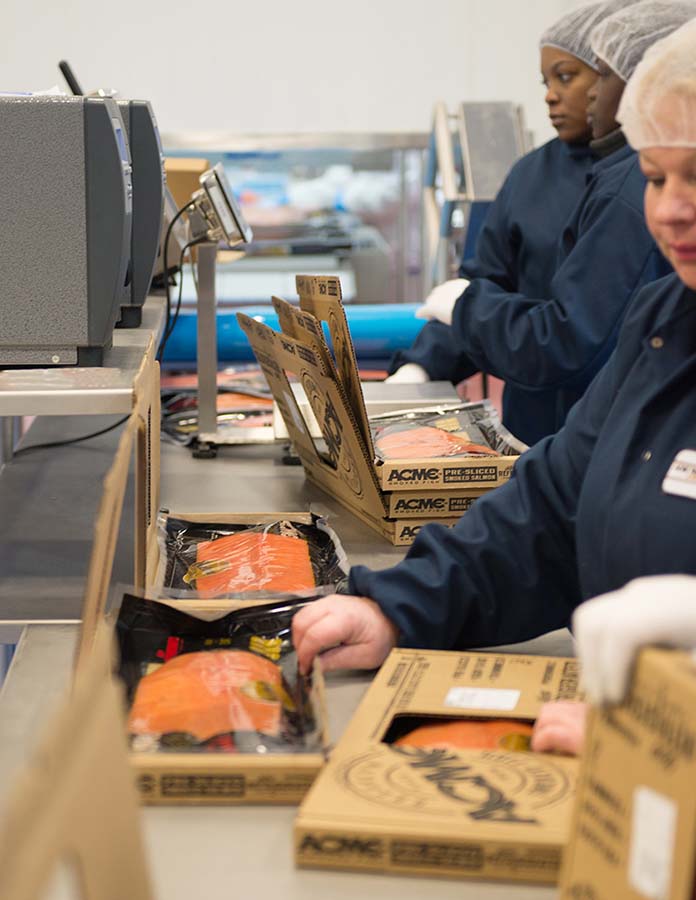 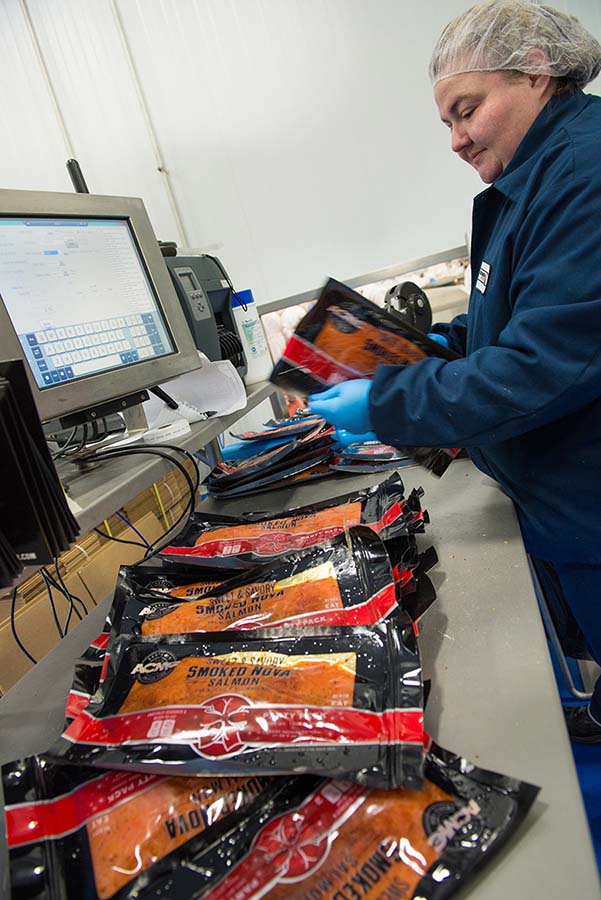 That business is making a greater-than-expected economic impact since opening in March. The zero-interest loan from the U.S. Department of Agriculture’s Rural Economic Development Loan and Grant Program, or REDLG, helped the Acme Smoked Fish Corporation buy equipment to process and smoke salmon, wild-caught herring and other fish.

The $30 million, 100,000-square foot plant isn’t on Four County EMC lines, but the New York-based company is making a mark among co-op members by providing new job opportunities. It has surpassed its five-year goal of 120 full-time hires, many of them co-op members.

Construction pumped about $15 million into the area, and economic impacts of at least $55.8 million are projected annually.

“Our area of southeastern North Carolina hasn’t bounced back as quickly from the economic downturn as other parts of the country,” said Jimmy Smith, director of economic and community development at Four County EMC. “The project is a big win for Pender County and the rest of the area.”

Helping to land the deal was a team of officials from state and county governments, Pender Progress Corp., Wilmington Business Development, Cape Fear Community College, a financial institution and the co-op.

Four County EMC was “extremely instrumental and involved from the beginning” in helping the group’s recruitment effort, said Richard Nordt, vice president of engineering and manufacturing with Acme Smoked Fish.

Strong community ties also played into the company’s decision to expand operations to Pender County. “Four County EMC and Pender County have been partnering through the years to improve and enhance the local economy and community, and in the case of Acme, it was a home run,” said Nordt.