Donnie Spivey will represent state as an NRECA director 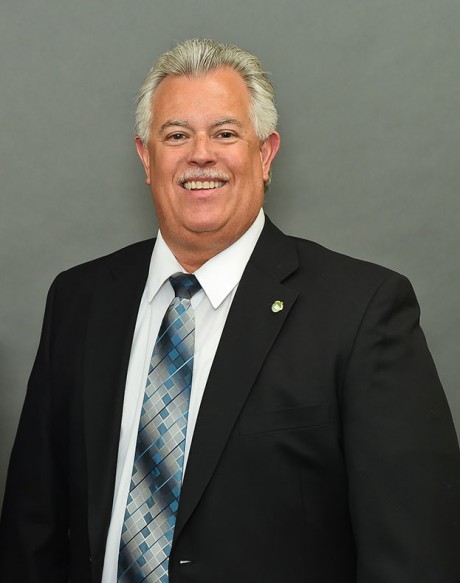 Donnie Spivey, CEO and executive vice-president of Wadesboro-based Pee Dee Electric, was recently elected to represent North Carolina on the National Rural Electric Cooperative Association (NRECA) Board of Directors. NRECA works on behalf of more than 900 local electric co-ops across the country.

“I am honored to have been selected to represent the electric cooperatives of North Carolina,” Spivey said. “I look forward to serving as a voice for North Carolina on the national level, as well as gaining perspective that I can bring back and apply here at home.”

Spivey began his career at Pee Dee Electric in 1985 as a staff assistant, and was promoted to District Manager in 1993. In 1999, he was promoted to CEO and executive vice-president. He is a past president of the NCEMC board of directors and currently serves as chair of the Power Supply Committee. In addition, he is a member of the boards of directors of NCAEC and ACES Power Marketing. Spivey also serves as secretary of the Board of Directors of Sandhills Utility Services, Inc., which owns, maintains and operates the electric distribution system on Fort Bragg Army Base.

In 2013, Spivey was appointed by Governor Pat McCrory to serve on the NC Rural Electrification Authority Board of Directors and currently serves as Chairman of that Board. He holds a Bachelor of Science degree in Accounting and a Master of Business Administration from Wingate University.

Spivey’s two-year term will begin with the adjournment of the NRECA Board of Directors’ 2022 annual meeting, currently scheduled for March 6, 2022, at which time Roanoke Electric Cooperative President and CEO Curtis Wynn will step down from his current role on the national board (see “Reflections on Two Years of National Service”).