Changing Lives, a World Away 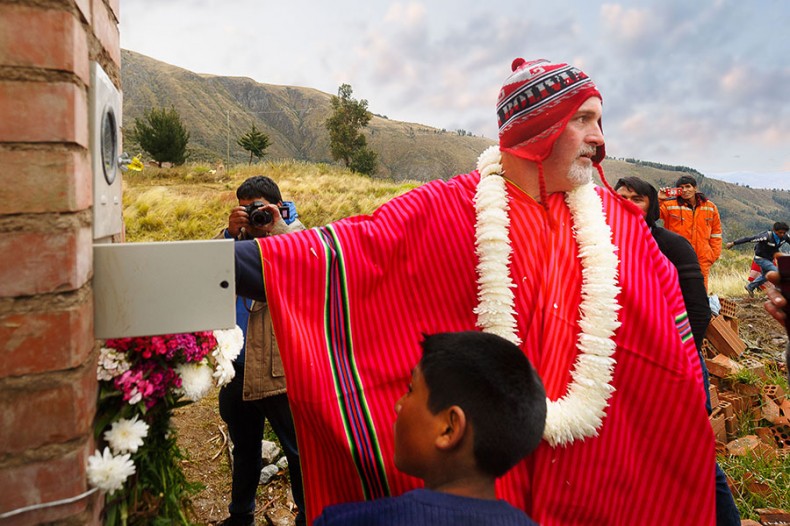 Stephens, wearing traditional garb during a celebration of the project's completion, prepares to throw a breaker switch to energize the new lines.

Driving up the mountain into the small Bolivian village of Laphía, it hit me: This job would be different from what I was used to back home. I was a part of a small group that went on a planning trip to the area in the fall of 2018, ahead of the 13-member crew of electric cooperative volunteers that would later fly down from North Carolina in the spring. 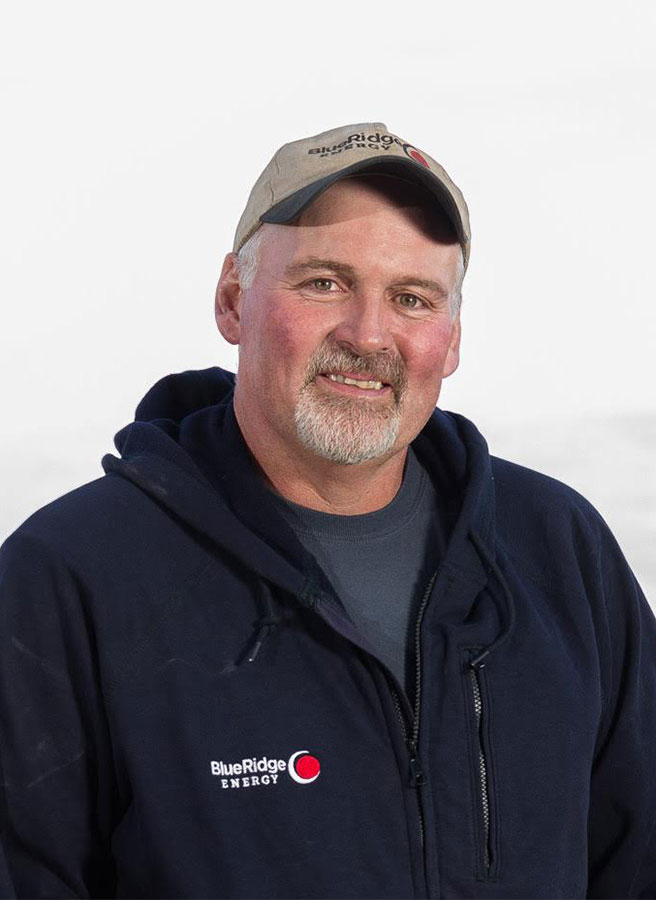 As we drove through rugged landscape surrounding the community, staking out the best locations for what would be five miles of poles and wires, it became clear that it would be tough work. And one particular hurdle stood out in my mind: a 2,100-foot‑wide gorge — that’s as far across as nearly 6 football fields — that we would somehow have to span with two lengths of wire.

But our crew was up to the challenge. Over the course of two weeks in April, we got up early each morning, went over the plans for the day, and got to it. Although we came from different electric co-ops from different parts of the state, we clicked as a team and worked as a family. That’s just how co-ops operate. Our mission, whether at home or in the mountains of Bolivia, is to work together to improve the lives of others.

Although the mission and the work were familiar, our ultimate goal was something we all take for granted here in the United States, in this day and age: We were bringing power to people who had never before had it at home. Power would mean access to basic conveniences like stoves and small appliances to help with housework. At the schoolhouse, even the simplest convenience — electric lights — would make a world of difference in how the children learn.

What we didn’t plan for was how much the villagers themselves would help in our efforts. They took an immediate interest in our work and came together to help in whatever way they could. They dug holes for poles and anchors. They pulled wire by hand, which had to be rolled out from heavy spools, up to insulators on newly set poles and then pulled through and on to the next pole.

That 2,100-foot gorge I mentioned? The villagers were the ones who made spanning it possible. Twelve men, most in flip-flops and sandals, took the ends of two wires and walked them down into that gorge, up to the other side. It took them an hour and a half of hard work, but they did it.

When the lights came on, and I saw the look of gratitude on the villagers’ faces and how excited the children were, I knew what we had done would change their lives forever. I could see how the community could grow from here. With power comes more incentive for young people to stay as they grow older. More homes will be built. They will use equipment to make their work easier. They will likely get better access to medical care.

I am proud to have served with my fellow lineworkers on this project. I know that we will never experience anything like it again in our lifetimes. It gives us better perspective on what we have here at home, and it shows how by coming together and working as a family, electric co-ops can achieve great things. That’s just how we operate. 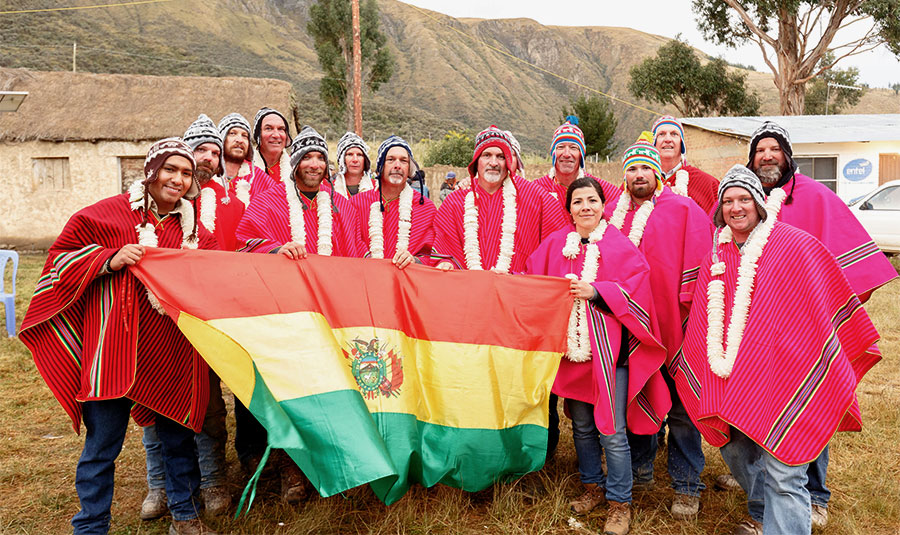 Read more about the work in Laphía in our feature story, Building a Brighter World.