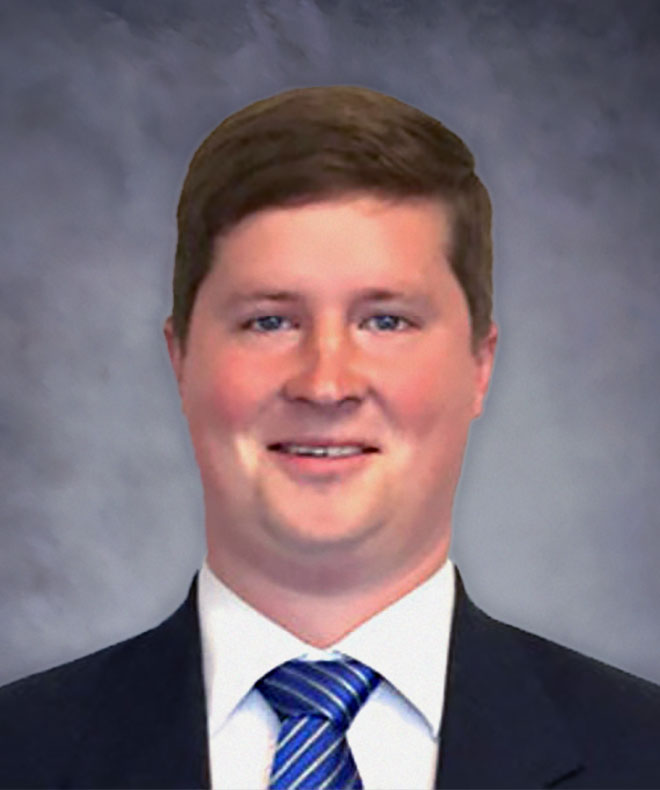 This year, North Carolina electric co-op voters will have the opportunity to vote for candidates who will represent them in Washington, D.C., and Raleigh. North Carolina’s electric cooperatives are advocating for these voters and their issues through NC Co-ops Vote, a non-partisan effort to encourage the 2.5 million electric co-op members in 93 of the state’s 100 counties to be informed, engaged voters.

As part of this effort, electric co-op employees and members will be monitoring candidates’ positions on co-op issues including broadband, economic development, infrastructure and more. The last few years have seen greater awareness and steps taken to improve the quality of life for co-op members in mostly rural communities.

While co-op voters may not agree on every single candidate, if we are educated on what each candidate stands for, we can make better decisions at the ballot box.

This progress would not have occurred without rural communities across the country showing up to vote in the 2016 and 2018 elections. With this increased participation, elected officials took notice of many rural issues. There is still much work to be done and our continued participation in each election will help our priorities receive the proper attention in Congress and at the NC General Assembly. The 2020 election will provide an opportunity to continue to make progress for rural communities.

North Carolina’s electric cooperatives continuously engage with elected officials to advocate for issues important to co-op members. As part of our NC Co-ops Vote program, co-op employees and members will attend campaign events for national and statewide races in their communities. They will present a united front by wearing an NC Co-ops Vote “Yellow Shirt” to provide unity and emphasize the co-op presence.

Last month, Rutherford EMC employee Brad Bridges represented NC Co-ops Vote at a candidate forum in Gastonia. At this event, Brad had the chance to speak with several candidates and hear about their priorities if elected to office. 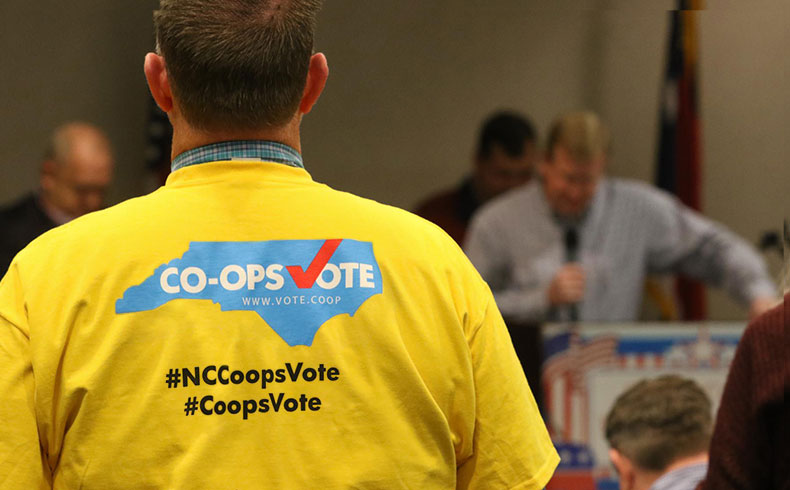 Rutherford EMC’s Brad Bridges in his yellow shirt at a candidate forum in Gastonia. Photo by Mike Hensdill/The Gaston Gazette

“As a co-op member and employee, I stay informed on the issues that impact our community. Last month, I was able to hear firsthand from several candidates for statewide office about how they would serve our state,” Brad said. “While co-op voters may not agree on every single candidate, if we are educated on what each candidate stands for, we can make better decisions at the ballot box.”

During each event, electric co-op members and employees will look for opportunities to ask candidates the “Co-op Question:” “I’m a member of an electric cooperative. What is your plan to encourage energy innovation while maintaining affordable, reliable electricity for residential consumers like me?”

NC Co-ops Vote will engage with candidates from both sides of the aisle and will not endorse any candidates for election. With North Carolina’s primary election taking place March 3, there will be several upcoming opportunities to attend a campaign event with NC Co-ops Vote.