Outgoing national Board President Curtis Wynn on his transformative experience 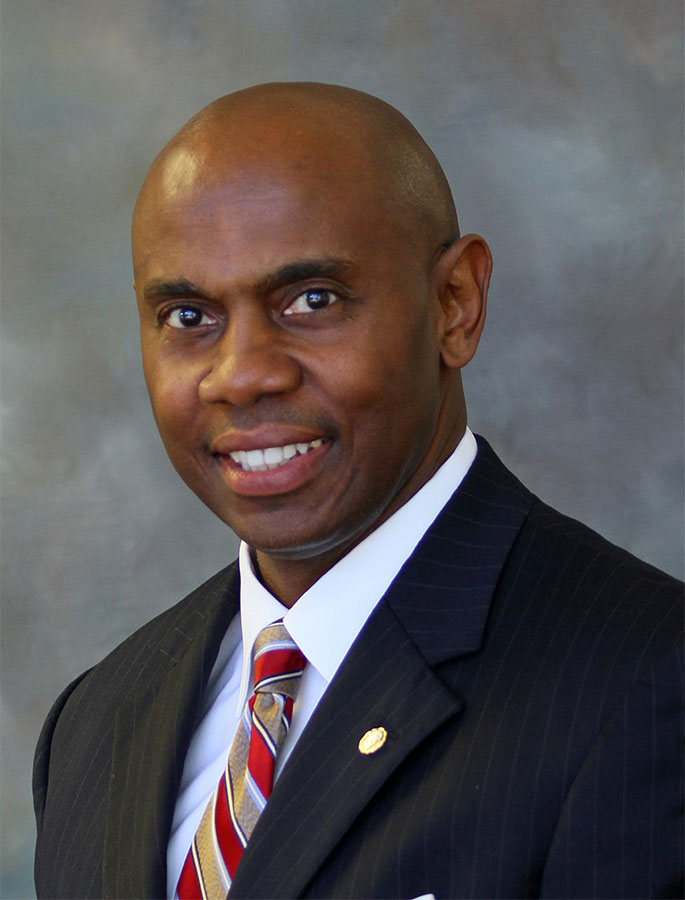 It did not end as I had envisioned. There was no audience of thousands of co-op leaders. No bright lights. No stage. No ceremonial passing of the gavel to my successor. No rounds of applause.

My role as board president of the National Rural Electric Cooperative Association (NRECA) ended without such traditional fanfare. It was just me, sitting in my office, wearing my Sunday best. With a lone cameraman standing before me, I recently bid my virtual farewell.

My presidency will go down in the annals of history like no other. Not only was I the first African American to serve in this role in the association’s nearly 80-year existence, but I was also the first to do so despite the unprecedented disruptions of a global pandemic.

When I walked into this role, I entered as an ambassador for change. Derived from my experience at Roanoke Electric, I recognized the need for the nation’s co-op leaders to loosen the reigns on the status quo and embrace the changes of a rapidly evolving industry. My priority was to take advantage of tools we have as cooperatives and pave the way for the adoption of the technological advances that stood to redefine the energy market.

Then, about midway through my presidency, societal challenges flipped the script.

The death of George Floyd. The subject of police brutality. The symbols and acts of prevailing racism in America. The groundswell of national and global protests.

My message was clear and without apology: We, as the nation’s co-op leaders, need to step up.

All of this, for me, was the tipping point.

At that moment in time, I came to terms with another pressing call to action. And my rallying cry for the nation’s electric cooperatives to embrace the tenets of diversity, equity and inclusion grew stronger in its resolve and bolder in its approach.

My message was clear and without apology: We, as the nation’s co-op leaders, need to step up. My call for inclusive transformation did not fall on deaf ears, and courageous steps in the right direction followed.

On the national level, NRECA propelled their Advancing Energy Access For All initiative, a collaborative platform in which members can leverage the experiences and best practices aimed at meeting the needs of all members, including those who struggle to pay their bills. Co-op leaders emerged as strong advocates and collaborators in that program, and I am seeing signs of it gaining traction.

Under my leadership, the NRECA membership also passed a diversity, equity and inclusion resolution. It urges NRECA “to encourage the ideals of diversity, equity, and inclusion (DEI) and demonstrate to its members the value and business advantages of understanding and incorporating DEI into their business practices to achieve greater member-owner loyalty and increased member-owner satisfaction.”

Looking back, I knew the evolutionary changes I envisioned would not play out on cue. But I believe we were able to put in place enough markers to ensure lasting, impactful change beyond my presidency. The DEI resolution is certainly one of those markers.

This experience over the past two years was both memorable and transformative, filled with overwhelming support and encouragement. And for that, I am most grateful.

So, hold the applause. From where I stand, the curtain did not close on the rapid pace of industry transformation and the need to fully embrace DEI so electric co-ops can not only keep pace with industry transformation, but also bring along all of our member-owners in the process. In some ways, it began anew.

With so much at stake, the show must go on.

Curtis Wynn is president and CEO for Roanoke Electric Cooperative in Aulander and recently ended his two-year term as president of the NRECA Board of Directors.