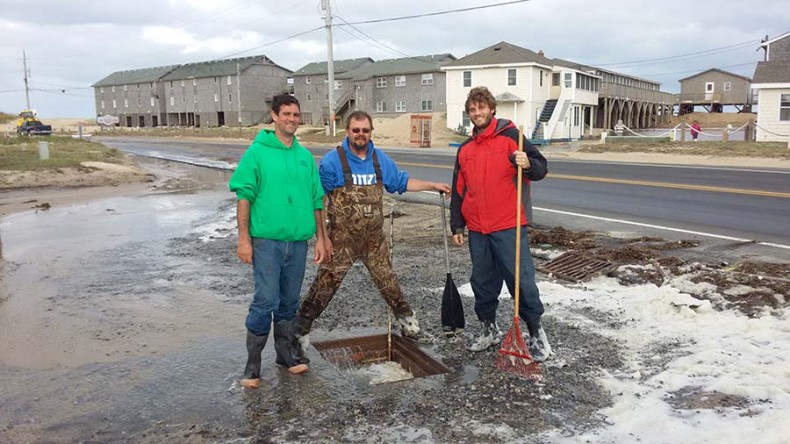 On the evening of October 8, Nick, a Hatteras village resident, stumbled about in a foot of water in his 1930s-built home. He had resolved to wait out Hurricane Matthew but water had begun coming in under the door that afternoon and now occupied the entire downstairs. He describes being in a state of shock, knowing it was not smart to be wading through rising water containing potentially harmful debris that could injure him. 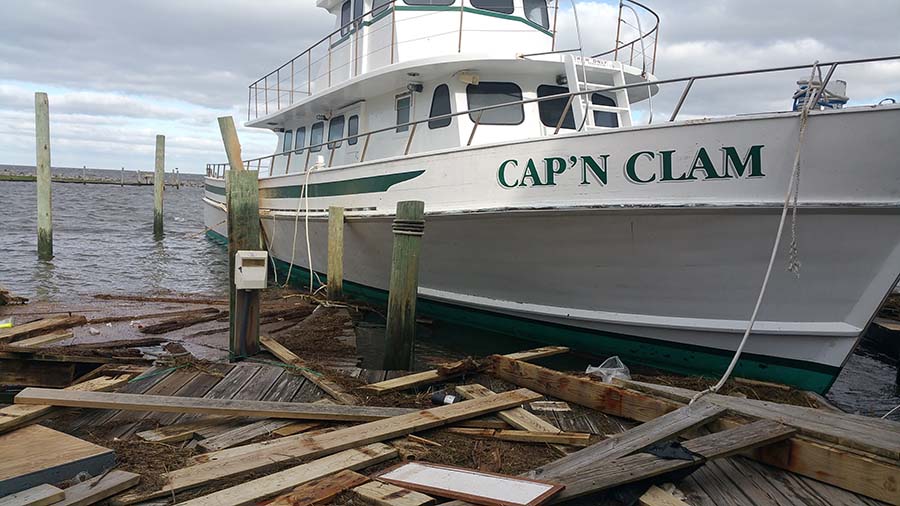 He wasn’t even sure what he was looking for.

Something rectangular and pale floated near him. He adjusted the flashlight and fished it out of the dirty water. It was a Bible and the text was open to the book of Matthew. He scanned a few lines and, turning, headed for the front door.

He had taken the discovery of the book as a sign, and by morning his house would be filled with six feet of water.

Whatever one’s opinion on symbols and signs, the hurricane’s intentions struck Hatteras Island residents as almost humanly malevolent in its destructive work. Matthew’s interaction with a cold front directly over eastern North Carolina on October 8 and 9 caused widespread and sometimes catastrophic flooding, mostly from heavy rains. With the hurricane’s winds (and most of its danger) seemingly having passed over the island and out to sea, many residents breathed a collective sigh of relief. Yet that was only the beginning of the turmoil — an exhalation prior to a violent action.

The tailwinds on the back end of the storm went to work pulling the waters from the Pamlico Sound eastward over the island. As one resident remarked, “It was like the water was attacking the island.”

On Sunday, October 9, water levels on the southern portion of the island reached seven feet in places: The highest mark on record even for structures built in the early twentieth century. According to Dare County, more than 100 homes were claimed lost and 4,500 damaged with the overall loss estimated at $52 million.

No strangers to hurricanes and tropical storms, islanders were quick to respond to the adversity. Both the Hatteras and Frisco fire departments were open within two days of the storm’s wake, signing up volunteers and taking requests for assistance.

Two weeks after the early October flooding of Hatteras Island by Hurricane Matthew, on the shore’s southern end — the section hit hardest by the storm — house debris, garbage, even trees and boats, lined the island’s usually beautiful main thoroughfare, Route 12, for miles.

“Scenic now for all the wrong reasons,” quipped one resident, pointing at a leaning state sign identifying the road as a North Carolina Scenic Byway.

Despite the devastation, residents have carried on as usual.

The North Carolina Disaster Relief Fund for Hurricane Matthew has been activated to support long-term recovery efforts in partnership with the United Way of North Carolina. People or organizations who want to help can visit NCdisasterrelief.org or text NCRecovers to 30306.

“Just another day in the tackle shop,” commented the owner of the Red Drum in Buxton Village when asked about his challenges. He was standing inside his store in a foot of water when he responded.

“One thing we are is resilient,” observed a resident. “When storms like this happen out here we’re completely cut off. All we have is each other. And folks do a pretty good job of living up to that.”

It’s a teaching Saint Matthew would have been pleased to see in action.

In fact, back on the night of October 8, Nick’s soggy Bible had opened to Chapter 5 in Matthew and the passage he claimed his flashlight fell upon was verse 42: “To him who asks of you, give; and from him who wants to borrow from you, do not turn away.”