A Show for All Sportsmen - Carolina Country
NC Outdoors
December 2020

A Show for All Sportsmen

‘Carolina ALL OUT’ puts NC hunting and fishing in the spotlight

In the latest episode of his show, Chris Douglas and his son Hayden visit his newly acquired property, specifically purchased for the conservation of wildlife. Watch more episodes of "Carolina ALL OUT" on their YouTube Channel.

If you’re as old as I am (mid-50s) you might remember Franc White on “The Southern Sportsman,” flying around in the zebra‑striped airplane with his Irish setter Fracas always at his side. Later on, Joe Albea brought fishing in North Carolina to the masses on his excellent “Carolina Outdoor Journal” on UNC-TV. Albea has ceased production of new shows, but COJ still airs on UNC-TV and is available on YouTube. 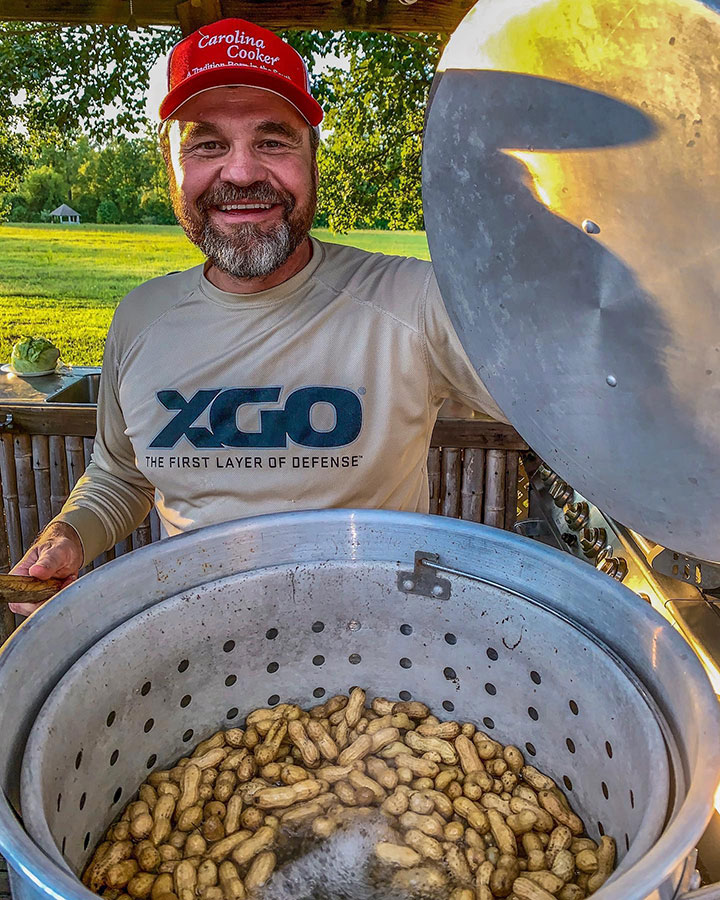 Chris Douglas, host of "Carolina ALL OUT"

Today, Chris Douglas of Sanford carries the torch for Tar Heel outdoor enthusiasts. Chris, 48, spent years behind the camera videoing the likes of Tom Miranda, Mike Waddell, Jim Shockey, and Lee and Tiffany Lakosky, among many others. Now, Chris is in front of the camera as he hosts “Carolina ALL OUT” (carolinaallout.com), which features hunting and fishing across North Carolina.

Chris grew up on a farm in Lee County, and his formative years helped to put him on the path that led to his ultimate career.

“I grew up on a tobacco farm,” he says. “My dad became a preacher in the early years of my life. He farmed before he went into the ministry full time. I grew up topping, suckering and wrapping tobacco. Fishing in the farm ponds. We were a big sporting family so in the fall we’d go to the coast to go fishing, deer hunt, bird hunt—that farm is where I learned everything I do today.”

Today, Chris hosts a show that’s about 70 percent fishing and 30 percent hunting as it enters its fifth season of production. I had a chance to ask him about some past shows and some future offerings. Does he have a favorite episode?

"I grew up on a tobacco farm ... that farm is where I learned everything I do today."

“Wow, let’s see. I really have enjoyed doing the bull drum show,” he says. “Even though there are big drum in other states, I feel like the bull drum [fishery] is a very unique and real thing for us. It was such an honor to catch these big drum with Captain Scooter Lilley out of Williamston. We caught ’em using popping corks. It’s one of those things where you’re searching for baitfish, looking for — Scooter’s words, ‘nervous water’ — shimmering where the menhaden are being pushed up and you know there’s something underneath them. You cast to the baitfish and use the popping cork to attract the predators to that Z-Man swimbait.”

North Carolina is known nationwide for its black bear hunting, and Chris featured one such hunt in the show schedule last fall. 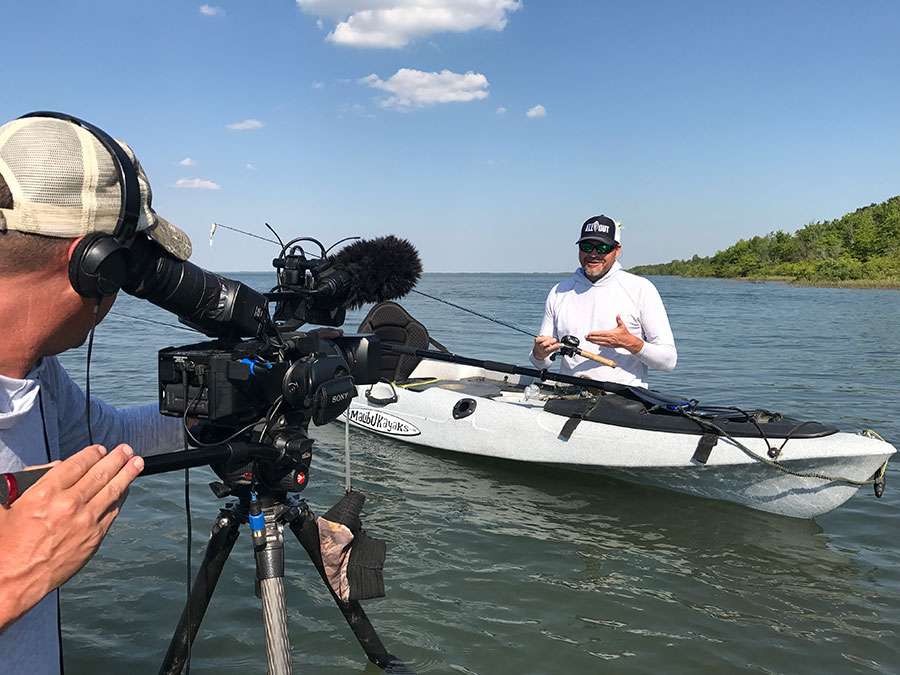 “It was by far one of my most memorable hunts because we used hounds, and we hunted with a veteran bear-hunting family, the Temple family, in Gates County,” he says. “It was a 626-pound bear, a very large bear. Just a magnificent animal. I was honored to be a part of that hunt, to take that animal with all the history behind it. Eastern North Carolina black bears are among the biggest black bears in the world.”

Chris said other shows featured last fall included a sea duck hunt that was done on the Pamlico Sound in a very traditional manner using a scissor rig.

“We were able to get some unique footage with the drone getting the boat in and out of the rig. I was hunting with Mott Ridge Charters and Captain Bud Bishop,” he said.

Chris said he also did a turkey hunt this year in the mountains of North Carolina in Mitchell County.

“In that show we’re splitting footage with a hunt from near the Roanoke River. I miss a giant turkey with the gun and it shows me just fall apart. We called him in and I got antsy,” Chris says with a laugh.

It might be another first for an outdoor show: An episode with an honest miss on camera. What you see is what you get with “Carolina ALL OUT.”