Some 450 million years ago, a ring of volcanic islands slammed into what was to become North America, forming North Carolina’s Uwharrie Mountains. Once towering as high as 20,000 feet, the mountains have eroded down over the eons to a rocky nub. Among the highest of them, Morrow Mountain is now only 936 feet above sea level. 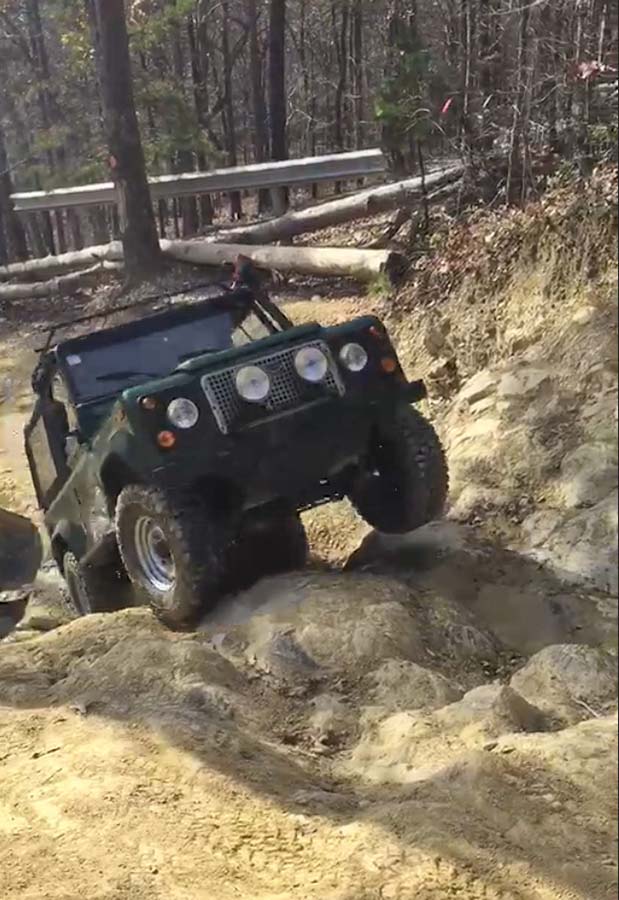 While they may be a mere shadow of their former self, the Uwharrie Mountains rise steeply from the surrounding plateau, forming high ridges, deep river gorges and a wealth of recreational opportunities. The Uwharrie attract fishermen, hunters, campers, hikers, mountain bikers and equestrians. The U.S. Army’s Special Forces even use part of the wilderness for their survival training.

The mountains also attract people from all over the country who want to test their mettle on the Uwharrie’s rugged forest service roads in their off-road vehicles (pun intended).

The Uwharrie National Forest provides the only public off-highway vehicle (OHV) or motorized trail system in the Piedmont Region of North Carolina. The Uwharrie OHV trail system ranges from bucolic dirt roads meandering through the forest to some of the most challenging steep and rocky climbs this side of Moab, Utah. One will see a wide range of vehicles on these trails, ranging from heavily modified ‘rock crawlers’ to stock SUVs. My friends and I chose something in between: Trucks with a rugged pedigree that can also carry us home after a day on the trails.

The excitement of successfully climbing the most difficult trails, with names like Dutch John, Dickie Bell or Daniel is hard to describe. Your adrenaline is pumping, your senses are keen and small mistakes can end in disaster (for your pride, your checkbook and your beloved truck). Carnage on the trails is not unheard of, from roll-overs to broken axles, but with a good spotter and a bit of experience, most escape unscathed. 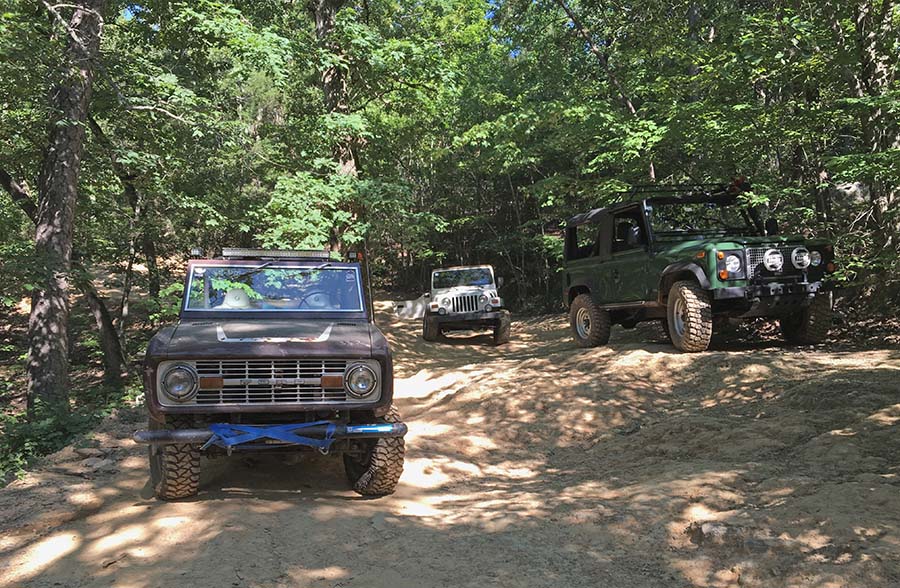 There are plenty of trails for those who prefer a mellower day in the woods. Trails like Saw Mill, Wolf Den, Slab Pile or Falls Dam offer challenges, but not the constant stress of the more advanced tracks. Still, the challenges increase after a good rain when the clay of North Carolina’s pottery belt make even these mellow trails a slippery mess. Red clay will ooze from your truck for months afterwards.

Adventurers who want to take advantage of Uwharrie’s OHV trails can do so from mid-April to mid-December. The trails are closed during the winter months. Before you hit the trails, stop in at the Eldorado Outpost (a member of Randolph EMC) on NC Highway 109 to top off your fuel tank, air-down your tires and grab a quick meal from its grill.

The U.S. Forest Service requires OHV trail users to purchase a pass ($5 a day or $30 annually). Tom says, “I always choose the annual pass — it motivates me to come back and is a badge of honor my Rover can wear on its windshield.” Passes are available from the following locations:

When not off-roading, Tom Laing works as vice president of research and member insights for North Carolina’s Electric Cooperatives.