This foothills destination has a little something for everyone

Visitors to Burke County immerse themselves in the natural beauty that Revolutionary soldiers marched through on their way to battle at Kings Mountain. Native Americans, explorers and settlers alike set down roots here more than 200 years ago, founding towns such as Morganton, Valdese and Rutherford College in the Catawba River Valley, along the foothills of the Blue Ridge Mountains. 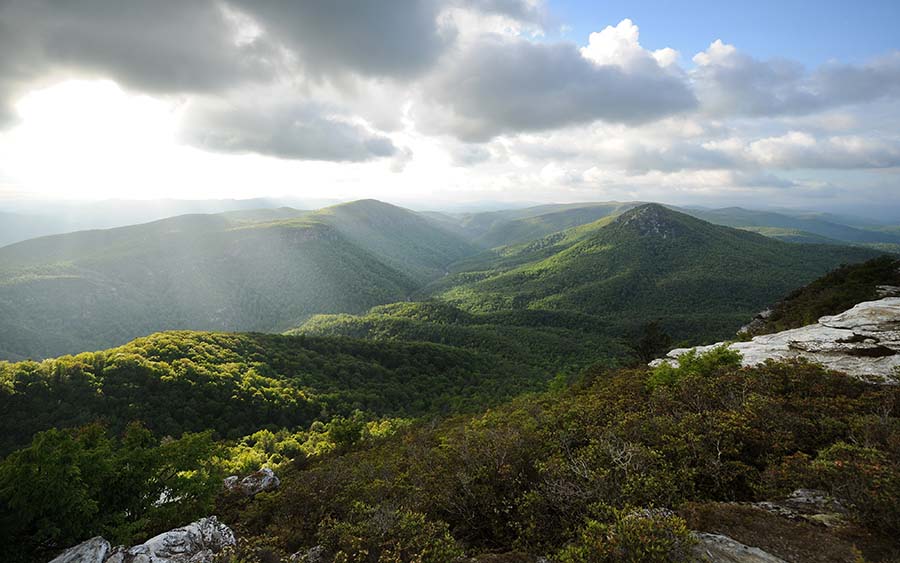 Burke County boasts the deepest gorge east of the Mississippi at Linville Gorge within the Pisgah National Forest, two of the state’s most recognizable peaks at Table Rock and Hawksbill, and hiking and bike trails throughout the largest state park at South Mountains State Park.

Dubbed “Nature’s Playground,” the Morganton/Burke County area offers plenty for those seeking fresh air, a little exercise and time away from all of society’s “noise.”

South Mountains State Park provides a backcountry experience for all levels of outdoor enthusiasts. The park occupies about 20,000 acres of the 100,000-acre South Mountains, with more than 45 miles of trails. Elevations reach 3,000 feet, with an 80-foot waterfall featured on the High Shoals Falls Loop trail (2.7-mile loop), just one of 20 trails available. 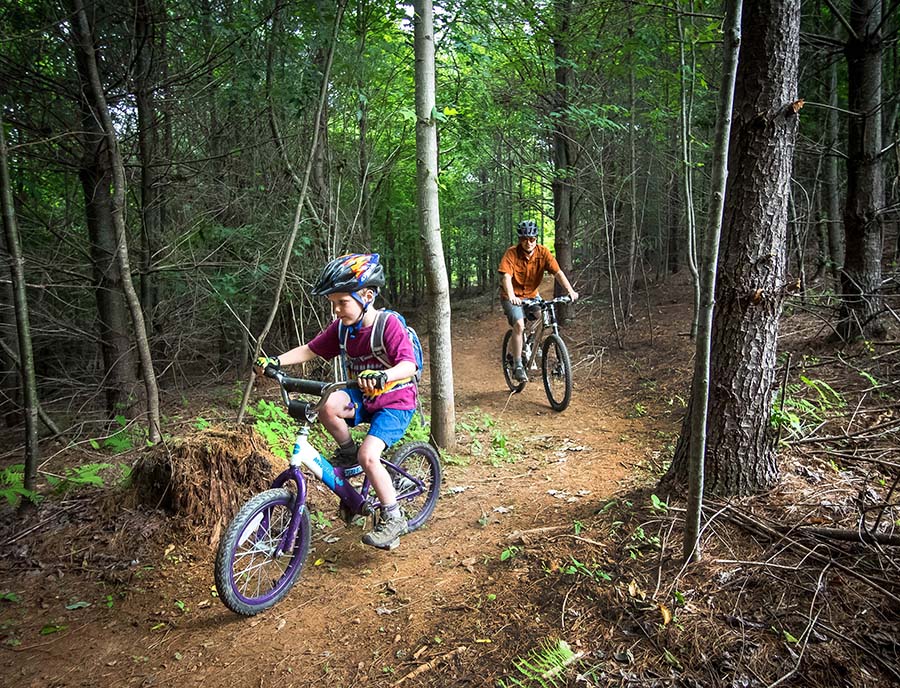 The park suffered from the Chestnut Knob Wildfire that scorched many parts of Western North Carolina late last year. But according to park ranger Leigh Ann Angle, just one trail remains closed due to damage, the Chestnut Knob Trail.

“The park offers periodic fire-related programs to educate people about the wildfire and its effects,” Angle says. “We have a lot of park to explore, so visitors should come see what is hidden away in these mountains.”

Other places to explore include Table Rock Mountain, the Pisgah National Forest environs and waterfalls such as the Upper Creek Falls. For paddlers, the 6,812-acre reservoir at Lake James State Park offers hiking trails along the shoreline and up into the vistas surrounding the lake, a swimming access and paddling opportunities. 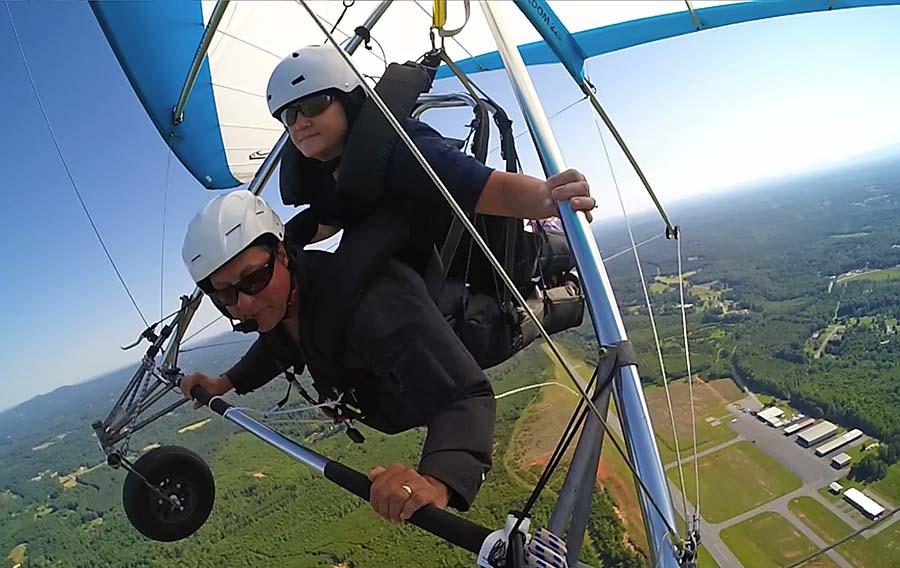 A View from Above

How about viewing the mountains and valleys from 2,000 feet above ground? At Thermal Valley Hang Gliding, visitors rise above the trees for a different view of areas such as Table Rock Mountain, Grandfather Mountain and Brown Mountain. Located at the Foothills Regional Airport between Morganton and Lenoir, you ride with an experienced pilot in a tandem hang glider towed up by a light sport aircraft, then set free to quietly coast along the air currents, often boosted up by the thermal vents that occur in the region. 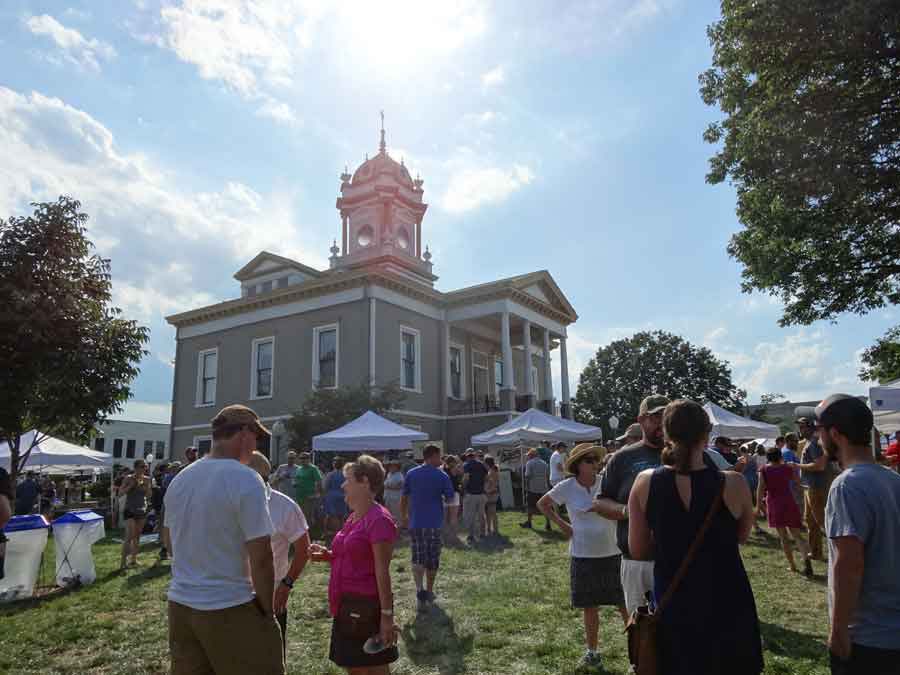 State of Origin Beer Festival on the courthouse square in Morganton

After hours spent hiking, kayaking and gliding in the sky, Burke County offers many respite opportunities. Visitors can relax at Brown Mountain Bottleworks, Catawba Brewing and Fonta Flora Brewing in Morganton, Blue Ridge Distillery in Golden Valley, and South Mountain Distillery in Rutherford College, and wineries such as Silver Fork, Lake James Cellars, Belle Nicho and South Creek. Barbecue is a must with area favorites including JD’s Smokehouse in Rutherford College and Judge’s in Morganton. Other local restaurants in Morganton that offer eclectic menus include King Street Café, Wisteria Southern Gastro Pub and Root & Vine. In early summer, the State of Origin Beer Festival welcomes fest-goers with a celebration embracing the unique flavors crafted by each brewery’s “state of origin."