Abby Roach is a storyteller, activist, and, yes, spoon player

Abby Roach, aka the Spoon Lady, makes her living playing the spoons.

“Watching her perform was like watching a dancer. She’s enchanting. It’s like she is telling a story, although when we saw her, she never spoke. Her facial expressions, and of course her spoons, told us everything,” recalls Dineane Whitaker of Wake Forest, when asked to describe Abby Roach playing the spoons in concert. 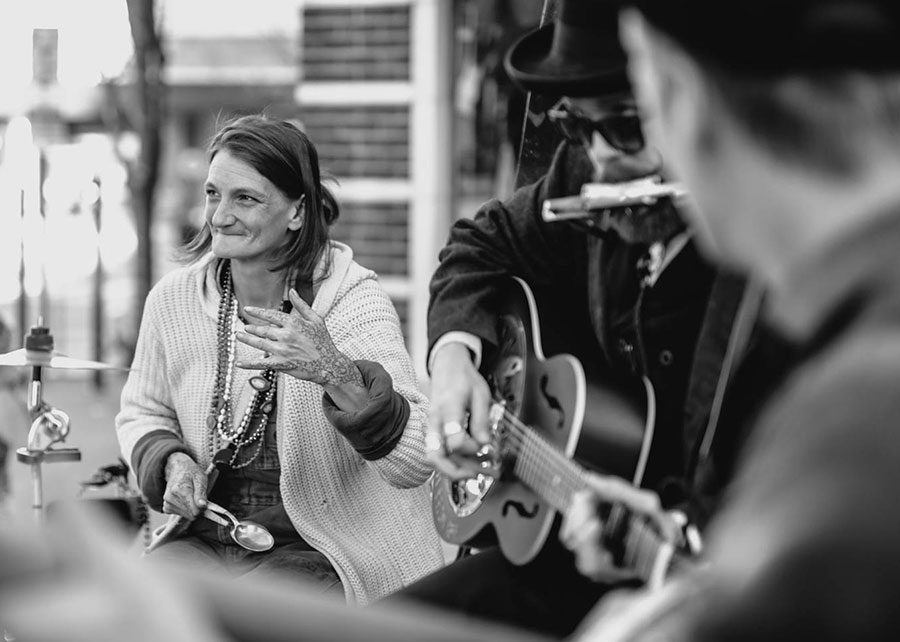 Most of us associate spoon playing as originating in the Appalachian Mountains, but these percussion instruments have been used all over the world for centuries.

Abby isn’t a native to the Appalachian Mountains, or North Carolina. She was born in Wichita, Kansas. She grew up and took off to “find herself” by traveling all over the country. She took up spoons and learned to play to earn a living while moving from place to place. Spoons were portable instruments, which fit right in her pocket. She learned folk percussion, music and folklore while traveling before she landed in Asheville. She earned her living as a street performer, playing the spoons. She soon became known as the Spoon Lady. She teamed up with Chris Rodrigues, a singer-songwriter. They busked and toured for a few years. (A “busker” is someone who entertains on the streets, paid with donations from their listeners.)

Abby was touring with the two-man band, Tater Boys, at the onset of the coronavirus pandemic. Gigs had to be canceled. Abby and the Tater Boys went to Kansas, where she still has family, and quarantined there. 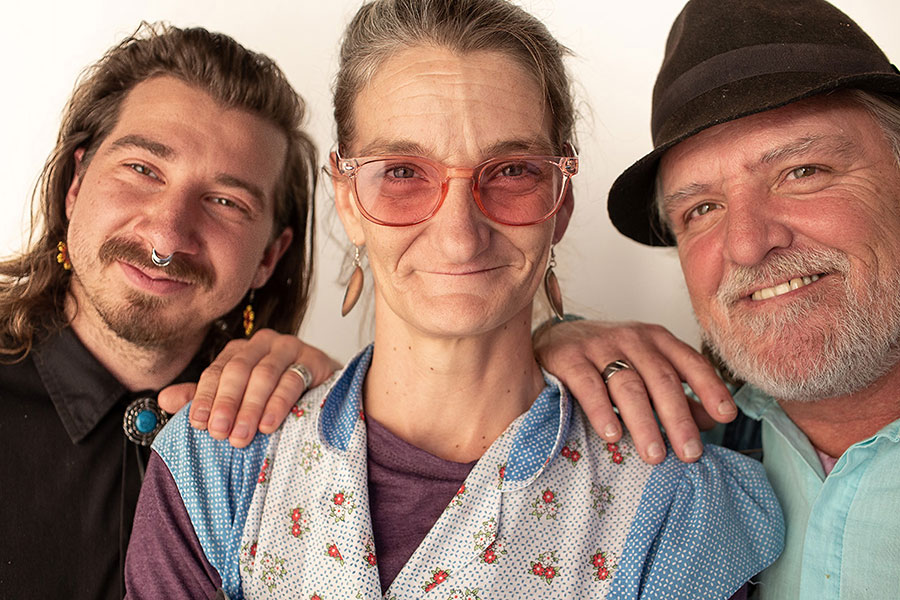 Street performers are a popular attraction in Asheville. Abby, having performed in many cities, saw a need for a street performers organization. She helped put together the Asheville Busker Collective, and until 2019 served as their president. The organization works to coordinate with law enforcement and city officials to set up rules to avoid conflict between performers, downtown businesses and law enforcers. They made newcomers aware of the organization and the rules, which included taking turns, keeping the noise down, physical spacing and adhering to the times of day for performances.

This success has somewhat backfired.

“Tourism has packed the streets,” Abby says. “And although our street performers are doing the same things in the same spots that they used to ... now they are blocking the sidewalk and having people play in the street, when they play.”

Spoons were portable instruments, which fit right in her pocket.

In spite of drawbacks brought on by Covid-19 and crowd management, Abby has not been idle. Abby and the Tater Boys have released an album, “In the Dirt and Thriving.” She is writing, teaching, and doing virtual entertaining online. In addition to her e-book, “How to Play Spoons,” Abby is working on a children’s book about busking.

“Cities get street music wrong all the time because they don’t get it. I figured the first thing that needs to happen is education, so I decided that a children’s book was the way to go,” Abby explains.

Her popularity goes beyond North Carolina, where she has a legacy of advocacy for street performers. Abby’s YouTube channel has 355,000 subscribers worldwide. It seems no matter where the road takes her little green bus, NC continues to call her back.

No grass will grow under the Spoon Lady’s feet, that is for sure.

Visit spoonlady.com to learn more about Abby and order her new album and e-book.