Concerned Carolinians are providing homes for birds in need 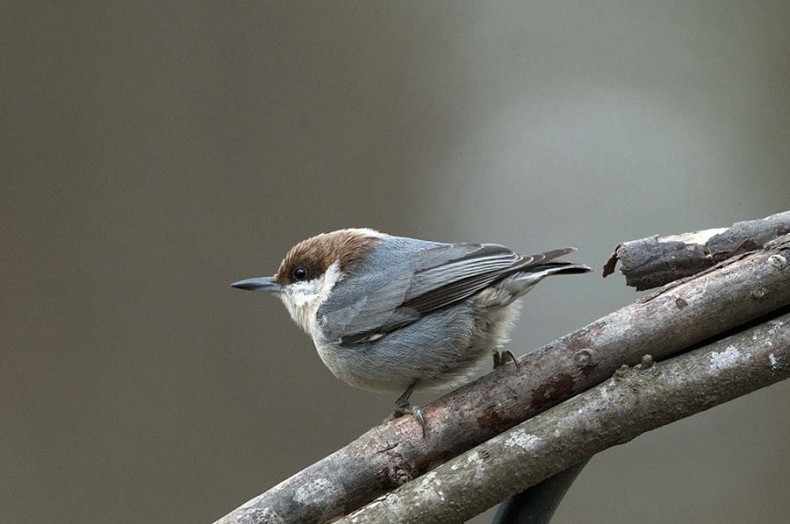 Have you seen these birds? North Carolinians, including many co-op members, are trying to boost their chances of survival. 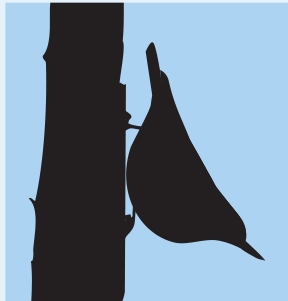 Handicap: Too small to compete for nest sites 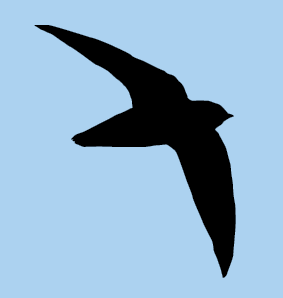 Talent: Snags twigs in flight, uses saliva to glue them inside chimneys for nest.

If you’re a small bird getting rolled over by progress—never mind the hawks and cats you face every day—there’s nothing like concerned North Carolinians, many of them electric co-op members, to come to your rescue.

Two such birds, the brown-headed nuthatch and the chimney swift, have been losing habitat right and left, as the nuthatches’ beloved pine tree homes are logged and the swifts’ chimney roosts get capped or replaced by heat pumps.

The brown-headed nuthatch is a species exclusive to the Southeast, with 20 percent of its population in North Carolina. Worried about the rapid decline of the nuthatch due to deforestation, in 2013 Curtis Smalling came up with an audacious plan (or challenge): Audubon would encourage North Carolinians to put up 10,000 nuthatch nest boxes—basically bluebird boxes with a smaller entrance hole to keep other species out, situated near a pine tree for food.

Smalling, Audubon North Carolina’s director of land bird conservation and a member of both Blue Ridge Electric in Lenoir and Tideland EMC in Pantego, thought a large-scale effort was necessary to start a turnaround. There are only about 150,000 breeding pairs of the four-inch birds in the state.

Carolinians responded resoundingly, hitting the 10,000 mark in 2015. And they are still responding, partly from love of conservation and partly from the sheer fun of watching the tiny birds jet head-first down a tree trunk “like little bullets,” says Brunswick EMC member Richie Shavel of Leland. “Like Spiderman,” says his wife Cheryl.

The Shavels’ box in the Waterford community at Leland went up in January 2015 and was occupied in February.

“We had four-inch icicles on the nuthatch box. The tenacious little birds went behind the icicles,” remembers Cheryl Shavel. “They kept us amused the entire nesting season.”

Bluebird boxes, made by the volunteer woodworkers of the Warrenton-based Eastern Bluebird Rescue Group, are still being sold for $10 at offices of the State Employees Credit Union (SECU). And at nuthatch@audubon.org, Audubon NC is offering free excluders, or metal surrounds to retrofit entrance holes for nuthatches.

“Each of those boxes could produce 20 to 21 nuthatches over 10 years,” Smalling says. “That could be a lot of birds.”

Chimney swifts arrive in North America from their South American wintering grounds (largely in Peru) in late March. While here they mate, nest and raise babies. In fall, the new families join thousands of other swifts occupying large roosting chimneys during southward migration.

Chimney swifts historically roosted in hollow trees, and eventually adapted as settlers cleared forests and built homes — and chimneys. As chimneys are capped and fewer new homes feature chimneys, swifts are yet again looking for a place to roost during their time up north.

To help save its 2016 Bird of the Year, Audubon NC is encouraging people to make their existing chimneys swift-friendly by capping them only in the winter. And, to aid nationwide research, they’re urging observers to record swift sites at ebird.org. 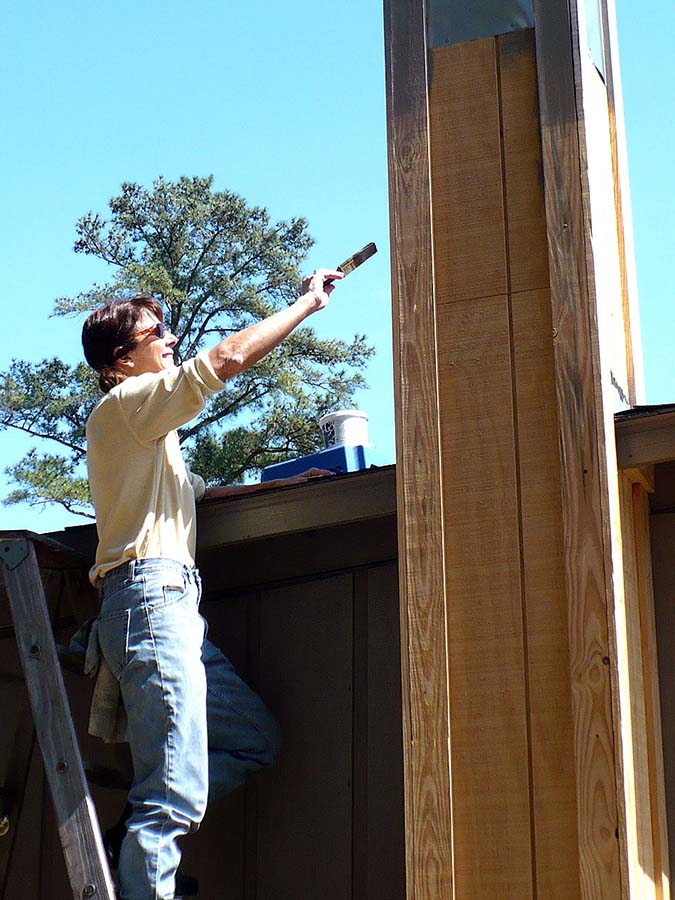 Krista Hansen puts a coat of paint on the tower her husband, Craig Magill, and father-in-law built for chimney swifts at Oak Path Farm.

The first nesting tower went up at Falls Lake State Recreation Area, served by Wake EMC in Wake Forest, in 2003. Ranger Brian Bockhahn was concerned that the birds were getting smoked out of the picnic shelters’ chimneys.

Two Eagle Scout candidates from Troop 28 in Raleigh showed up with fellow scouts, friends and neighbors, along with weights and levers, and put up one 25-foot tower attached to a shelter and another 21-foot freestanding tower. (Experts say even an 8-foot tower will do the trick.)

The observation window at the freestanding tower is still one of the most popular spots for nature-trail visitors. “A lot of times we’ll offer them the opportunity to stick their heads in there and look for the nest. Which everybody loves to do,” Bockhahn says.

Jackie and Louie Hough, Lumbee River EMC members at Raft Swamp Farms in Red Springs, provide summer nesting in a $500 cedar-shake tower. The Houghs enjoy watching the birds, but as Jackie says, “of course they help with insect control.”

In Council in Bladen County, Krista Hansen and her husband, Craig Magill, had to get rid of an old, dangerous but bird-occupied chimney.

“We felt like we had kicked the babies out in the cold,” Hansen says. 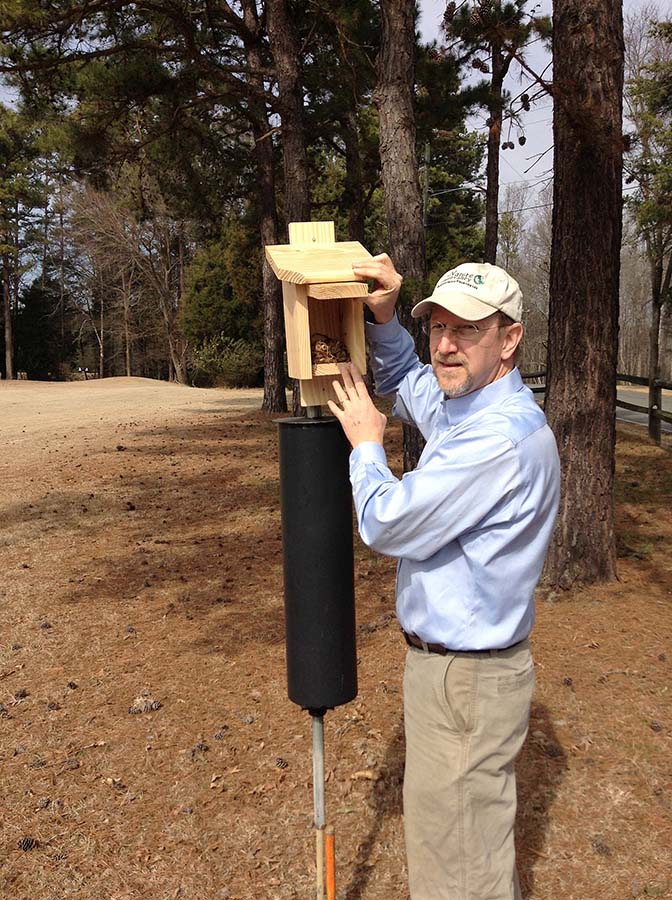 So the couple, members of Four County EMC, attached a tower to the horse barn at their Oak Path Farm.

“I swear the bug population just declined immediately,” Hansen says. “Now, we sit out in the evening with our glass of wine and watch the birds and bats and chimney swifts. You hear them chattering.”

James and Virginia Fulcher, members of Jones-Onslow EMC, sit out in the evenings at their Sneads Ferry home and listen for the same sounds. Fulcher built a super-strong tower in 2008 as a gift for his wife. The tower still stands despite reported 90 mph winds during Hurricane Irene in 2011, and the Fulchers are still enjoying the birds’ “little tweet, tweet.”

“You’ve got to listen good to hear them,” Fulcher says. “They’re amazing. They come along; they’ll fly over; they’ll fly around. Directly they’ll shoot right down the little hole, just zoop! Right down out of the sky. Pretty as you’ll ask for.”