Riding a Farm Float in the Everybody’s Day Parade 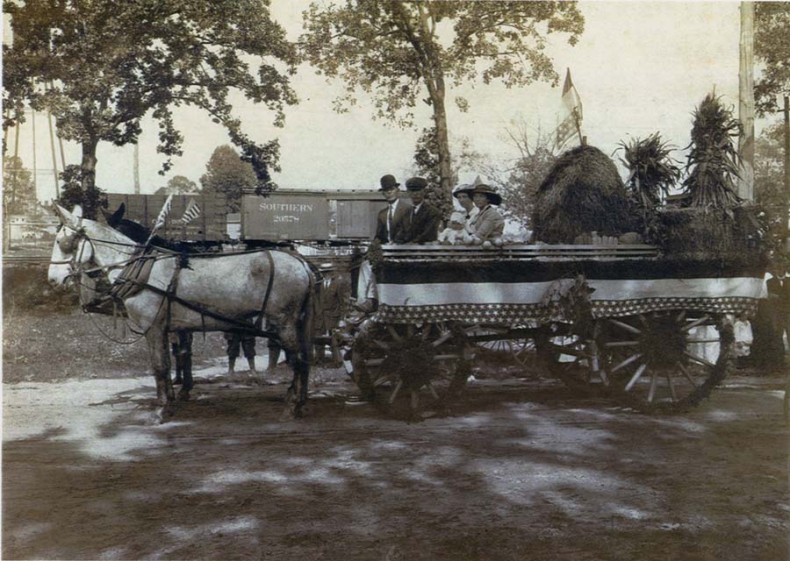 The neighboring town of Thomasville holds an annual fall festival known as Everybody’s Day. In 1913, my grandparents and two of their friends worked all night decorating their farm wagon with homemade harvest displays from their crops; greenery for the wagon wheels; and red, white and blue fabric. They donned their best “Sunday Go To Meetin’ Clothes” and drove the wagon to Thomasville from their farm in Denton.

The photo shows the farm float, with the Southern Railway cars and onlookers in the background, driven by my grandfather, C. E. Ridge, in the derby hat, with my grandmother, Mary Cranford Ridge, seated directly behind him. The gentleman in the touring hat is Mr. Grady Leach, and his sister, Mrs. Callie Blair, is seated behind him holding my mother, Inez, who was about five months old. Their rig won the first place Blue Ribbon for best float in the parade, which was pulled through town by their flag-bearing mules, Beck and Pete.