From mouthwatering barbecue and comfort food to banana pudding and unique beer, you voted for Carolina's Finest and here are the winners in the Food & Drink category! 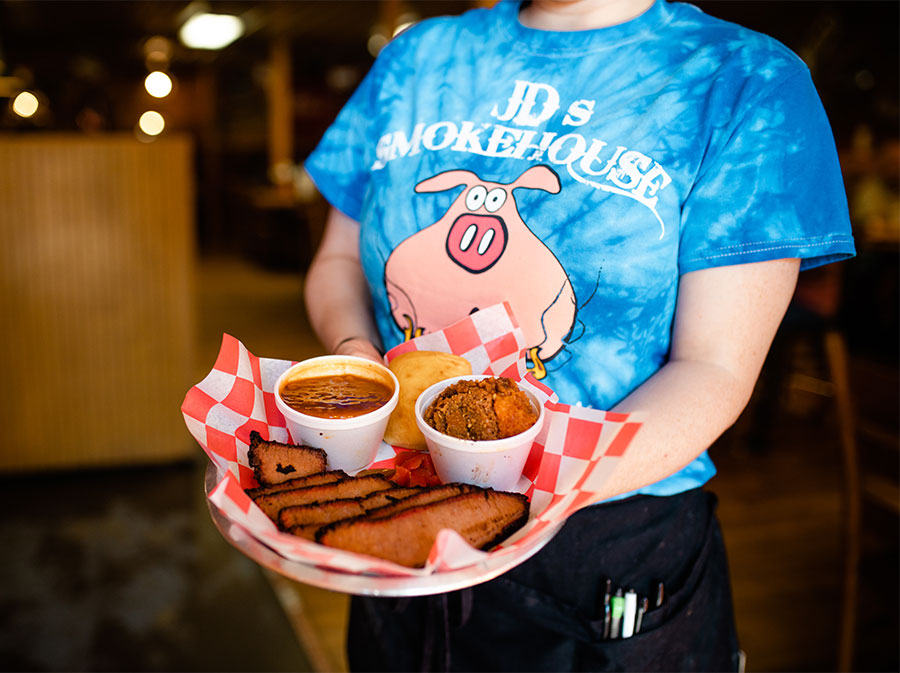 North Carolinians pride themselves on knowing great barbecue. While the debate on the best style may rage on, there seems to be consensus among our readers that JD’s Smokehouse is a standout. JD’s barbecue is dry rubbed and hardwood smoked with no basting, marinades or injections. “Simply seasoning, smoke, time and love go into our meats,” says General Manager and Operator Matt Goare. “None of the meat is chopped or sliced until the order is placed, making for the freshest possible barbecue experience one can ask for.”

“If I knew I was dying tomorrow, I’d want my last meal to be here.”

—Johnny Miller, a member of EnergyUnited 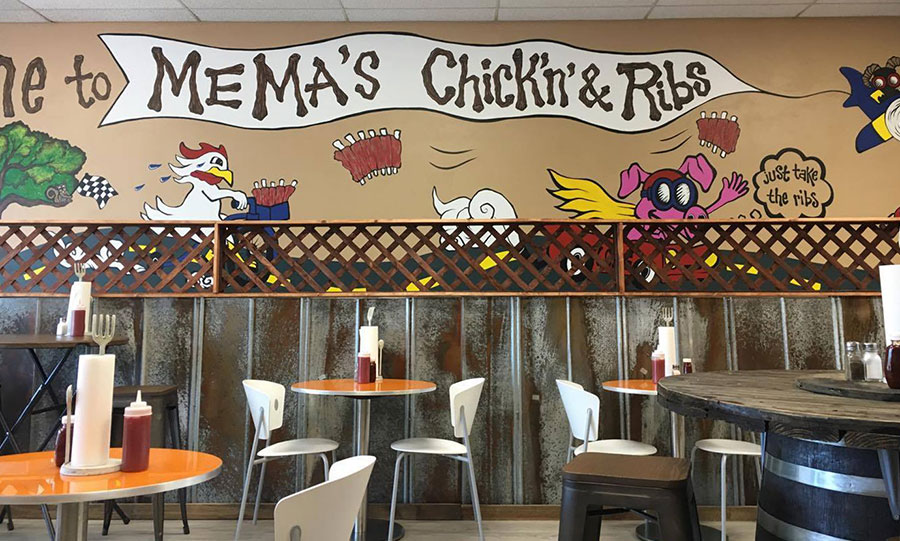 MeMa’s Chick’n & Ribs in Burgaw is the 2019 pick for favorite Southern cookin’ establishment, but it was also a finalist in the barbecue category. Specializing in smoked barbecue, smoked chicken and ribs, MeMa’s also has a wide selection of side dishes that pair well with the main attractions. MeMa’s prides itself on being a place that gives back to the community with its delicious food, warm hospitality, and welcoming the community in both good and trying times, such as using generators to stay open during Hurricane Florence.

“The best chicken, smoked to perfection.” 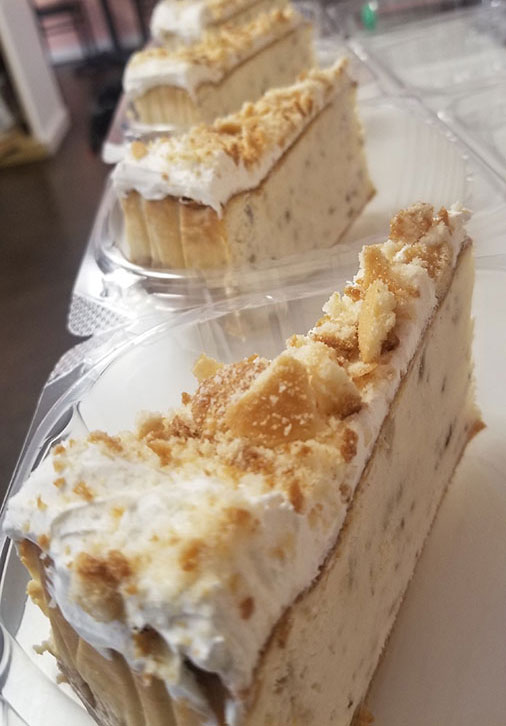 Uncle Cheesecake creates some of the most delectable desserts around. Uncle Cheesecake, a.k.a. Daniel Gray, serves up more than 100 flavors of cheesecake along with other desserts at his store in High Point and at many restaurants in the area. A Marine-turned-firefighter and culinary entrepreneur, he was a runner-up on the cooking show “Chopped.” Strawberry shortcake and Oreo are among his most popular flavors, all tested and approved by his fellow firefighters, part of his quality control team!

“A slice of heaven in EVERY box.”

“The most decadent cheesecake on the PLANET.” 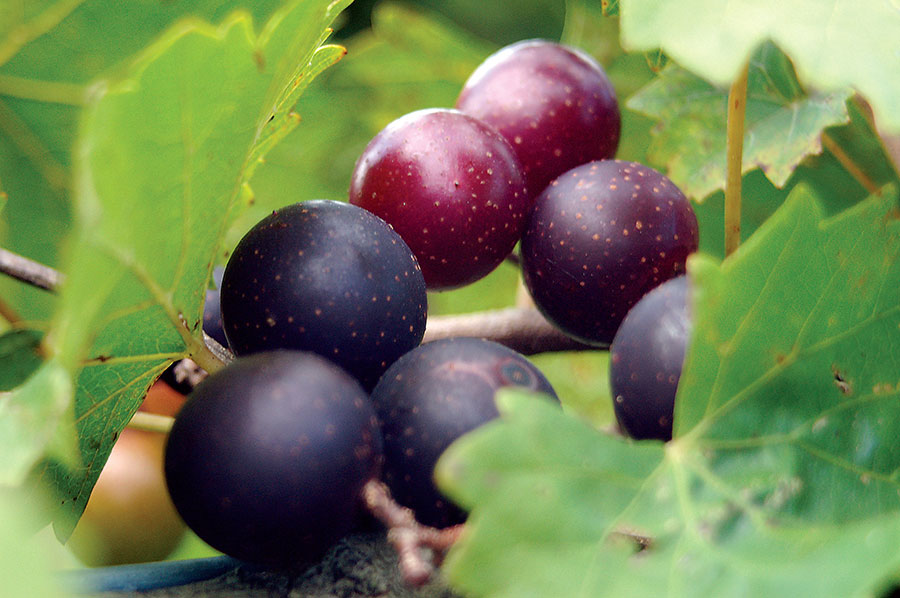 Duplin Winery in Rose Hill is the largest Muscadine winery in the world and the largest winery in the South. A popular destination to view the process behind winemaking, Duplin Winery also prides itself on unique wine tastings that blend funny stories, anecdotes and interesting facts. Duplin’s harvests come from more than 1,200 acres of vineyards and six Muscadine varietals, including scuppernong, mostly in North and South Carolina. Look for the Cape Hatteras Lighthouse on their labels.

“Drinking a glass of Duplin is like sipping straight from a scuppernong grape, native to North Carolina.” 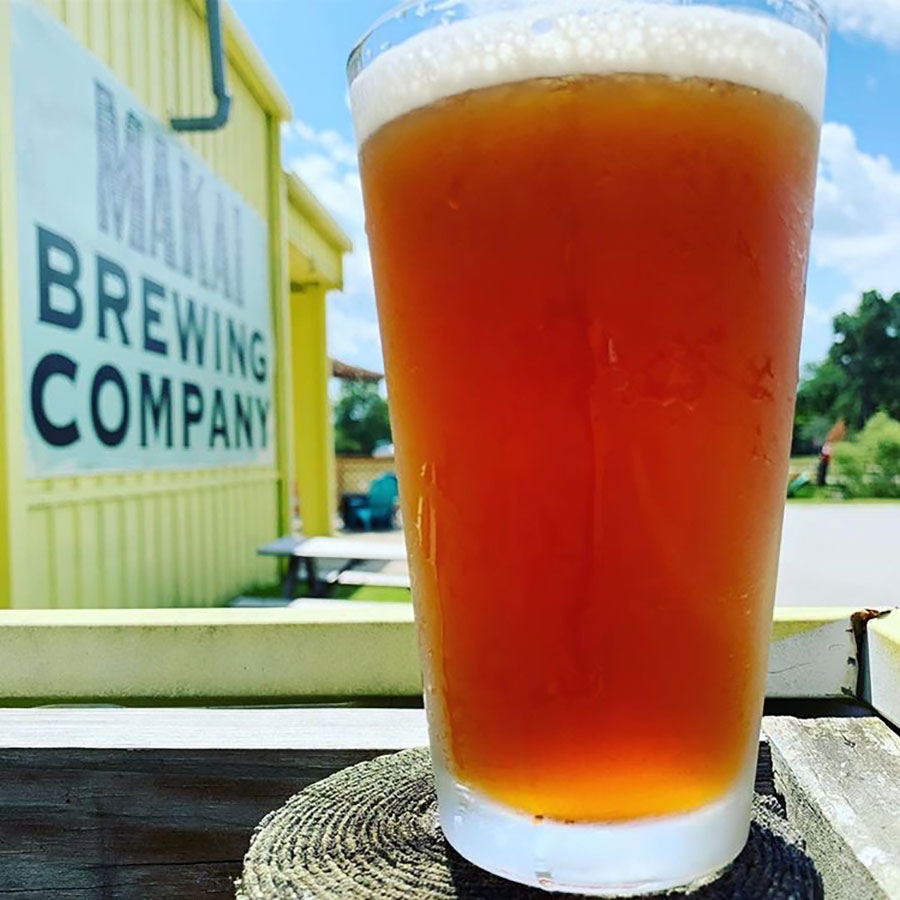 Makai Brewing Company taps the good vibes of the Carolina Coast and adds island flair. Makai is a Hawaiian word meaning “toward the sea.” The brewing company serves the Brunswick beaches of Sunset, Ocean Isle, Holden and surrounding towns. Their craft beer is brewed onsite, and while they introduce new flavors throughout the year, some favorites year-round are the Carolina Tropical IPA, a blend of pineapple, mango and hops; Nightingale, dry hopped with Kona coffee beans; and the award-winning Island Falls, a cream ale.