Co-op leaders move toward a Brighter Future for rural communities

In building a Brighter Future for rural communities, North Carolina’s electric cooperatives are committed to providing members with safe, affordable, reliable electricity in an environmentally responsible way, and working to develop the communities they serve. A critical part of making these efforts successful is engaging with elected officials to ensure issues important to rural communities are being properly addressed. 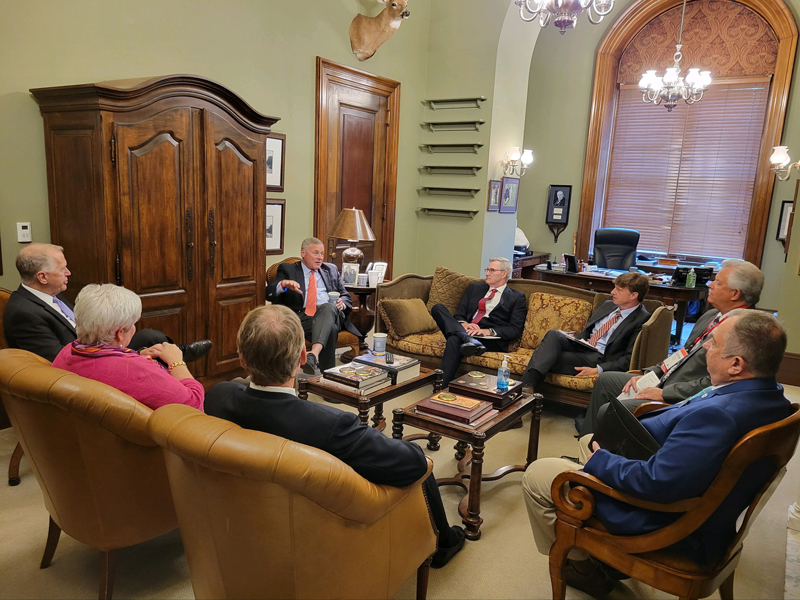 In May, leaders from North Carolina’s electric co-ops met with federal legislators at home and in Washington, D.C., as part of the NRECA Legislative Conference. Virtual and in-person meetings were held with all 15 members of the NC congressional delegation — 13 representatives and Senators Richard Burr and Thom Tillis.

“Our members of congress look to North Carolina electric co-ops to relay issues that are important to the rural communities we serve,” said Jay Rouse, director of Government Affairs for North Carolina’s Electric Cooperatives. “In recent years, virtual meetings have helped keep the dialog going, but the in-person discussions being on Capitol Hill and back at home are invaluable to ensuring our voices resonate when policy decisions are being made.”

In June, 140 representatives from 22 NC electric cooperatives convened in Raleigh to meet with members of the North Carolina General Assembly. Co-ops met with 76 legislators across the House and Senate.

In meetings with legislators, co-op leaders discussed a variety of topics important to rural communities and Brighter Future initiatives, including:

“Our presence did not go unnoticed, as each meeting left legislators better engaged and aware of the issues that impact co-op members,” said Paul Mott, government affairs specialist for North Carolina’s Electric Cooperatives. “These relationships will help us as we keep moving toward a Brighter Future.”