Bob Mitchell is a small-town barber with a colorful history 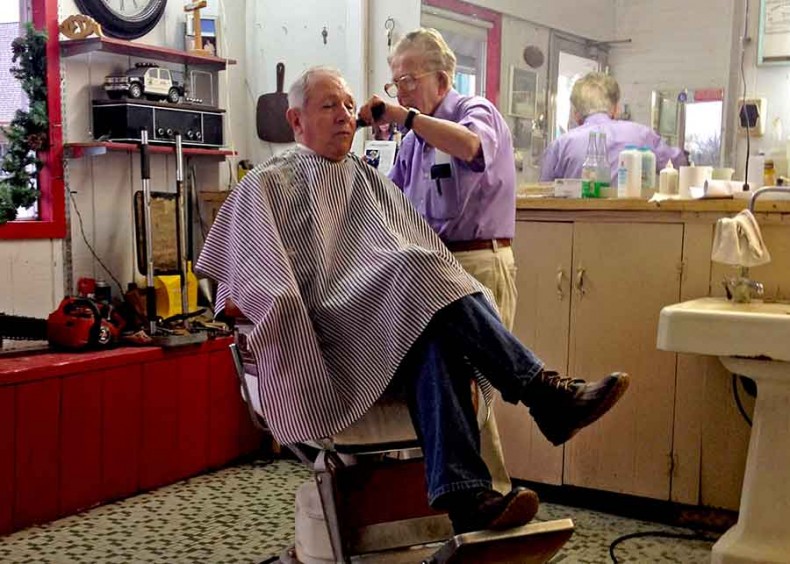 Patrons have been getting reliable cuts from Mr. Bob for decades.

Columbia, nestled on the black-water banks of the Scuppernong River, is a typical small town in our coastal plains: Two traffic lights, one food store, one restaurant, a couple of dollar stores, one hardware store, one drug store and one barber shop. It’s at that barber shop where one can still get a pretty darn good haircut for $5 and catch up on the latest farming news, fishing tales and just plain gossip.

Now meet the barber, Mr. Bob Mitchell (age 100) and his wife, Miss Myrtle (five years his junior). Mr. Bob was born and raised in Askewville, in Bertie County, and as a young man in the 1930’s decided to go to barber school in Norfolk, Virginia. Looking for a steady job, he answered a call from the local barber in Columbia, who needed help in his shop. After moving to Columbia, he soon met Myrtle Davenport and a short time later they were married in 1939. 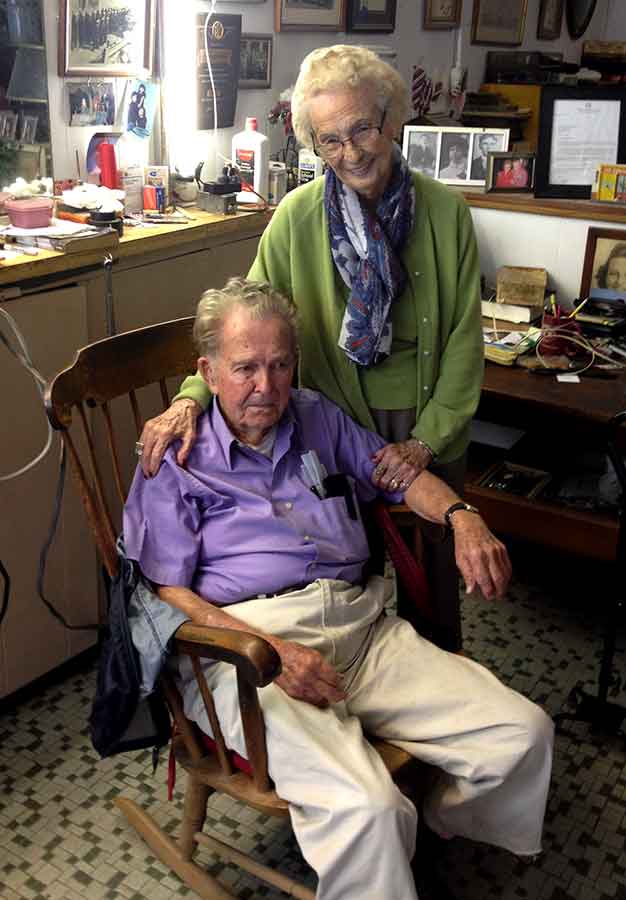 Bob and Myrtle Mitchell at his barber shop in Columbia.

On Sunday, Dec. 7, 1941, they were celebrating their second wedding anniversary when Myrtle’s mother telephoned and interrupted their lunch with instructions to turn on the radio — it was news about the bombing of Pearl Harbor. Not long after that, Mr. Bob traveled back to Norfolk to enlist in the U.S. Navy, and eventually found himself aboard the USS Selinur, an attack cargo ship, heading for the Pacific. His main job aboard the Selinur was to be the ship’s barber, but during calls to battle stations he dropped his clippers, raced to the lower decks and passed ammunition by elevator to the guns above.

“I always charged the sailors on our ship a nickel for a haircut, but never did charge our captain,” he remembers. “After the war as we sailed back to the U.S., our captain walked into my small barber shop and asked how much he owed me for all the haircuts. I refused to give him a figure so he said, ‘Okay, then I guess I’ll just have to give you a promotion.’ — and he did.”

Those nickels added up over time, too, and Mr. Bob says he saved enough of them to build his barber shop when he returned to Columbia.

He still cuts hair in that small barber shop. He rises every morning around 4:30 a.m., and drives to his favorite café for breakfast and conversation with many of the local farmers and old-timers. He opens his barber shop between 6:30 and 7 every morning and stays until late in the afternoon (unless he’s going home a little early to mow his lawn with his antique mower, or tackle a dead orchard tree with his chain saw).

Terry Everett, his neighbor and a lifelong customer, says that after every haircut he asks Mr. Bob if he looks any better. “No,” he’ll reply, “but you do look a little lighter.” Another favorite saying of Mr. Bob’s: “The difference in a bad haircut and a good haircut is two weeks.”

Mr. Bob and Miss Myrtle are stalwarts of this small, downeast town hidden among the moss-draped cypress trees. After 77 years of marriage, they still live in Miss Myrtle’s 100-year-old family home on the Scuppernong River. They often host summer weddings on their riverside lawn, Easter egg hunts for the children in the community and many church socials. Hospitality and friendship from this loving couple are always available in this small barber shop on Main Street in Columbia. It’s like a good cup of coffee on a cold morning — stop in and have a cup.