Explore an Array of Black-Eyed Susans 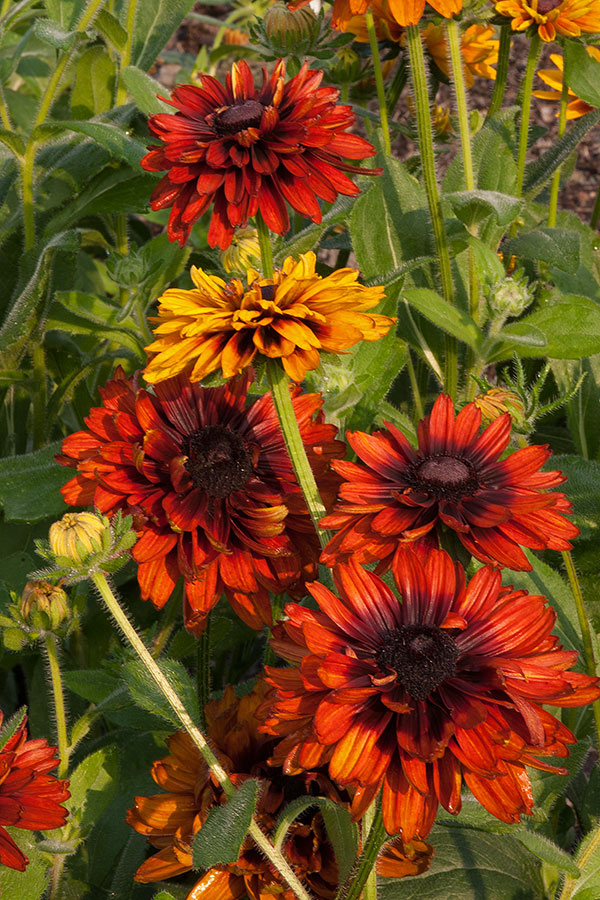 Native black-eyed Susans have long been standard beauties in North Carolina gardens. Whether Rudbeckia hirta that blooms in early summer, or the later-flowering R. triloba and R. fulgida, these Suzies have been steady performers, dependably bringing cheer with their abundance of bright yellow flowers.

Plant breeders have also noticed the dependability — as well as deer resistance — of black-eyed Susans, and as a result, have been busy developing new, fancier cultivars. And with many of these introductions, it seems little black-eyed Suzy is growing up. (She has discovered makeup.)

Below is a sampling of some of the more colorful variations available to gardeners today. They can be found for sale online at e-nurseries such as Bluestone Perennials and Park Seed, but also check with your local garden centers for these and similarly sassy selections of new Suzies.

Black-eyed Susan’s signature yellow petals are beautifully accented on this pretty with streaks of burgundy, bronze and orange. Add blooms almost five inches in diameter to such a merry mix of colors, and you have quite an attention-getter in the garden!

A green-eyed cutie, it was a 2003 All-America Selection winner, and for good reason — it boasts long-lasting flowers with petals that start golden yellow at the bases and fade to a pretty buttery hue on the tips.

Plant breeders have also noticed the dependability — as well as deer resistance — of black-eyed Susans, and as a result, have been busy developing new, fancier cultivars.

Weird. That’s the only way to describe this intriguing cultivar. The large center cones look like black strawberries and are ringed by green sepals — no flower petals. Easily preserved, the blooms make striking (bordering on strange) additions to dried arrangements.

As advertised, this attractive Suzy parades blooms devoid of yellow that, instead, sizzle in shades of red. It’s very different! This winner of the Fleuroselect Novelty Award in Europe shows off a bounty of blossoms on compact, two-foot-tall plants.

Another Fleuroselect winner, it offers a pleasant brew of hues ranging from red to orange with a dusting of yellow on four-inch-diameter flowers that persist through the long summer season.

Looking more like fire wheels than flowers, the bicolor blossoms of this beauty have petals starting as orange-red streaks that give way to bright yellow tips.

Orange, bronze, yellow, reddish‑brown — these are the colors of this 2002 All-America Selection winner, which boasts semi-double and double flowers that mimic the tints of, what else? A magnificent sunset. 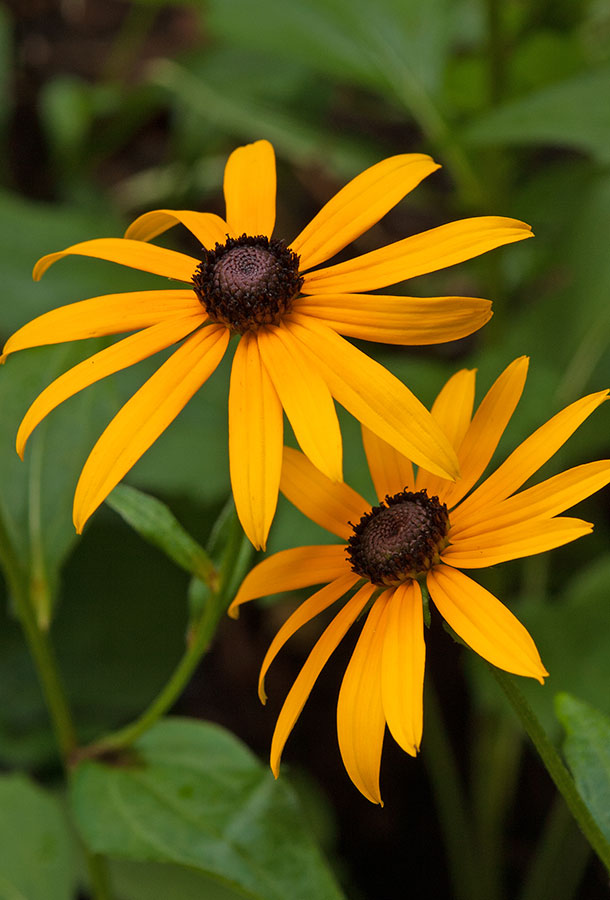