Growing Glory on a Vine

Plus Garden To Do’s for April 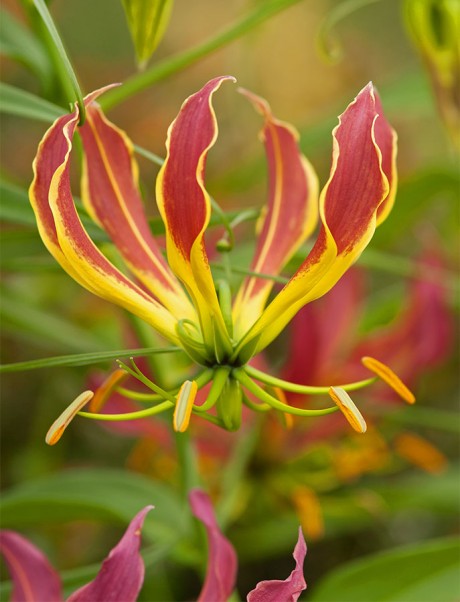 Gloriosa superba “Rothchildiana” —If you can utter such a stretch of syllables six times without taking a breath, you’ve passed part of your yearly physical. Besides being an imprecise health check, this mouthful of words refers to a very pretty herbaceous perennial vine commonly called the glory lily. To break all the other jibber-jabber down, Gloriosa superba is the plant’s botanical name, while “Rothchildiana” is a particularly fancy-pants cultivar.

An African native, glory lily is grown in Carolina gardens from tubers that can be planted in late April. The ideal spot for this diva-in-the-dirt is a well-draining, organically rich, sunny site that fades to shade by the mid- to late afternoon. For more flower power, start monthly feedings of a low-nitrogen liquid fertilizer after planting. Also, at the end of May, add a 3-inch layer of mulch to help stabilize ground moisture.

Energized by the heat of a new growing season, the glory lily will rapidly grow. Using slim, unusual, 3-inch leaves that taper to coiling, grasping tendrils, this vine (deer-resistant, by the way) can climb 6 to 7 feet up a support and branch out 3 to 4 feet wide.

Then, in midsummer, glory lily’s razzle really begins to dazzle. Slowly its blooms will unfurl, revealing wavy, reflexed, slender petals streaked in bright red and slashed by sharp yellow. Very impressive. And when bunches of these fabulous flowers flaunt all at once, it’s a show-stopper.

Although rated as a survivor only up to USDA Hardiness Zone 8, my garden-grown glory lily can’t read ratings and has come back from the coldest times three years running in the Raleigh area. This tropical vine will probably weather normal winters well in the NC Southeast, but, in spite of my plant’s persistence, from the Piedmont west, if you are concerned about its tendency to be tender, simply grow it in a 3-gallon or larger pot. Then, after the plant dies down in the fall, cut it back and tuck it away in a cool (around 60 degrees), dry haven until next spring.

As glitzy as glory lily seems, it is actually inexpensive and not hard to find. This time of year, it can even be spotted in big box garden centers. And it is an easy online order. Terra Ceia Nursery in Pantego not only e-offers “Rothchildiana” but a few other beautiful Gloriosa variations as well. 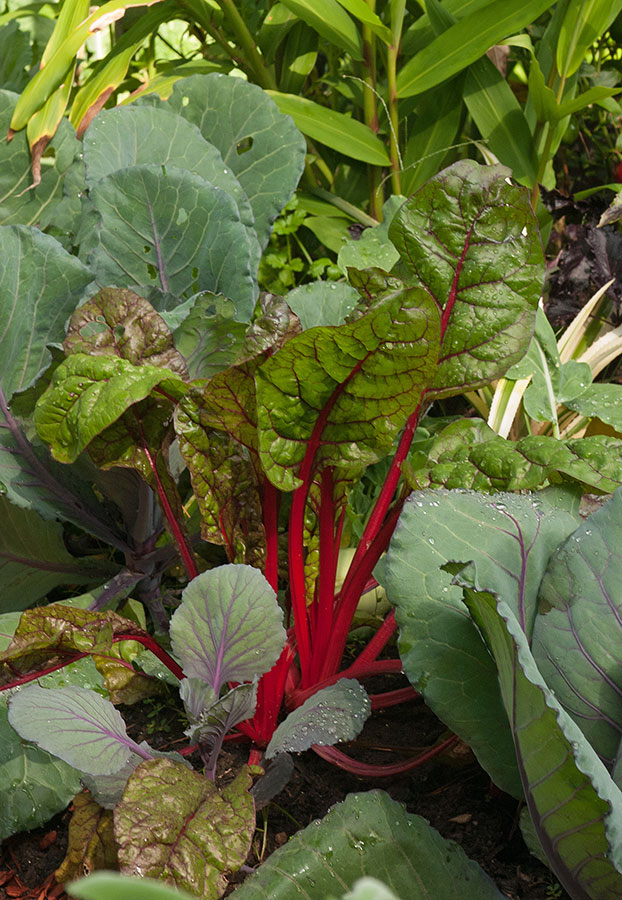 Garden To Do’s for April

If you are a fan of growing spinach and lettuce in the spring garden, try Swiss chard for a change. It takes summer heat better than most other spring greens, and, besides being pretty and especially nutritious, is a very versatile, tasty, easy-to-grow veggie. Both its stalks and leaves can be used raw in salads or cooked in soups, stews, pasta dishes, omelets, casseroles and more.