Start a Conversation with Indian Pink 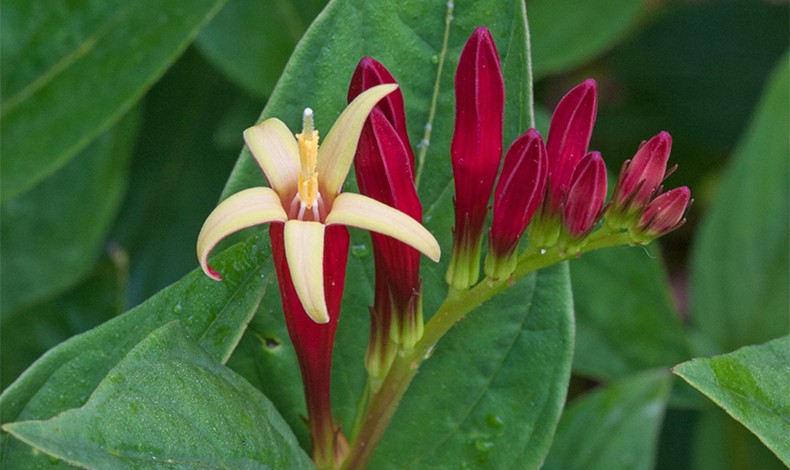 With winter loosening its grip on the land, gardeners are getting the itch to grace flower beds with additional ornamentals. One interesting option that could scratch that itch is Indian pink (Spigelia marilandica), which is more than just another pretty plant — it is a conversation piece as well.

For starters, Indian pink is a native beauty, calling the shadowy woodlands of the Southeast home. A deer-resistant, herbaceous perennial, it grows up to two feet tall and, when in a happy place, slowly spreads by way of clump expansion and seed scattering. In the late spring to early summer, it’s showtime, as the blooms begin to shine — and gardeners start to talk.

If you add Indian pink to your garden this spring, to help in transitioning through its first summer, do remember to water this newbie during any long stretches of rainless days.

Rows of pointed, regal red flowers form on Indian pink’s many curved stems, perched atop handsome emerald foliage. They open in a pleasingly slow progression to expose buttery to bright yellow insides. This flower show (a butterfly and hummingbird magnet, by the way) can continue into the summer if spent blooms are deadheaded.

But, as pleasant as this spectacle is, no pink will be seen.

Solving the conundrum of this phantom color is found in Indian pink’s alternate name, pinkroot, which is also attached to closely related cousins in the genus Spigelia that have pink roots.

Native Americans and early herbalists medicinally tinkered with the roots, but don’t follow in their amateur pharmaceutical footsteps: all parts of this plant can be toxic.

Now that we have established that Indian pink is a plant to admire for the eyes only, to introduce it into your landscape, find a spot in dappled shade, with exposure to morning sun being just fine. To encourage stronger flower shows, plant in an area that has well-worked, organically enriched soil and mulch to prevent this pretty from drying out.

If you add Indian pink to your garden this spring, to help in transitioning through its first summer, do remember to water this newbie during any long stretches of rainless days.

While Indian pink is native to the Southeast, don’t go “shopping” for it in the woods because it is an endangered species in North Carolina. If you don’t have any luck at local garden shops, it is an easy online find from e-nurseries, including in-state sources such as Plant Delights Nursery in Raleigh and Growing Wild Nursery in Siler City. 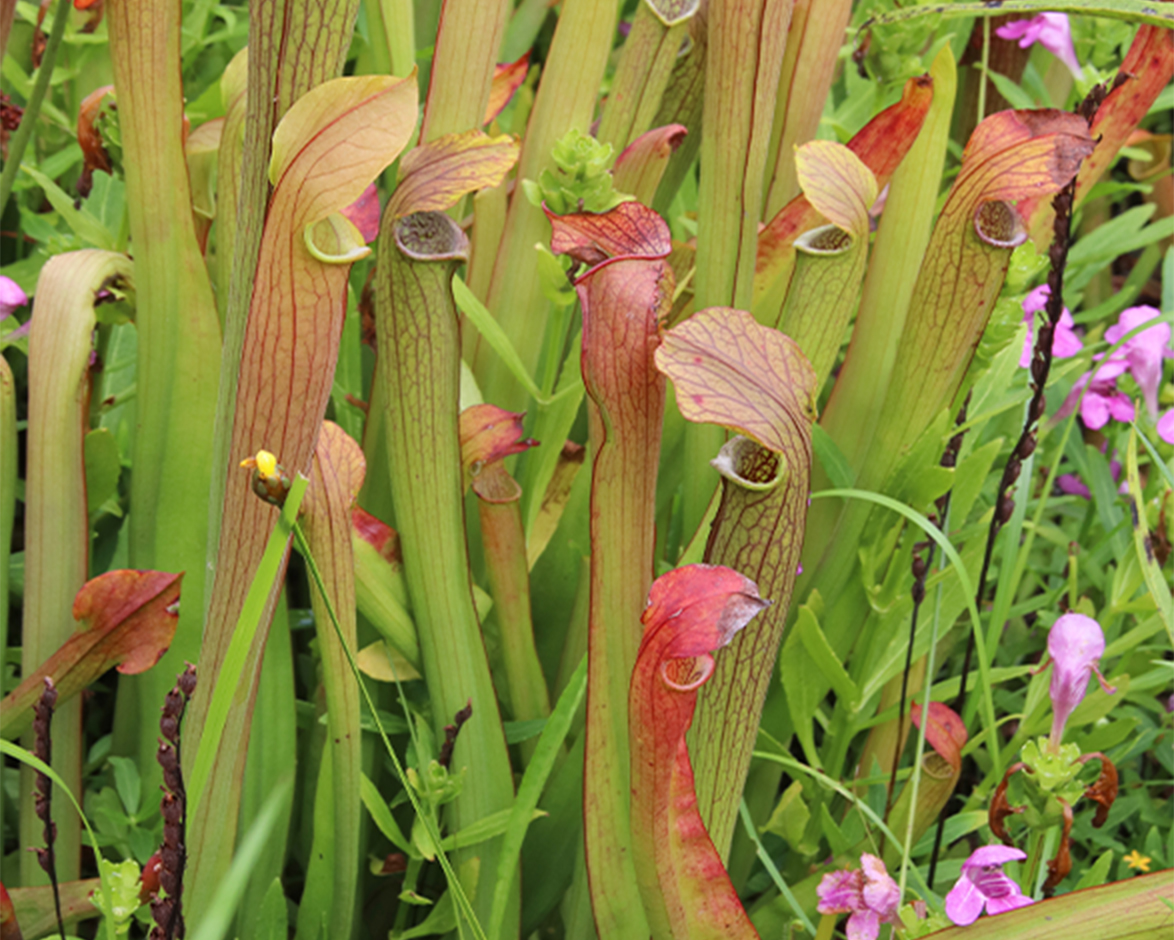 Indian pink will be just one of many native pretties lighting up the springtime countryside, and if you would like to see more indigenous plants at their flowery best now, plan a visit to the North Carolina Botanical Garden in Chapel Hill. Not only do they have native plant displays highlighting our state’s Piedmont, Coastal, Sandhills and Mountain habitats, but this special public garden features other permanent exhibits, including a Native American garden, water gardens, herb garden, carnivorous plant collection and poisonous plant garden. Admission is free.