How Long do Spiders Live?

And other spider facts 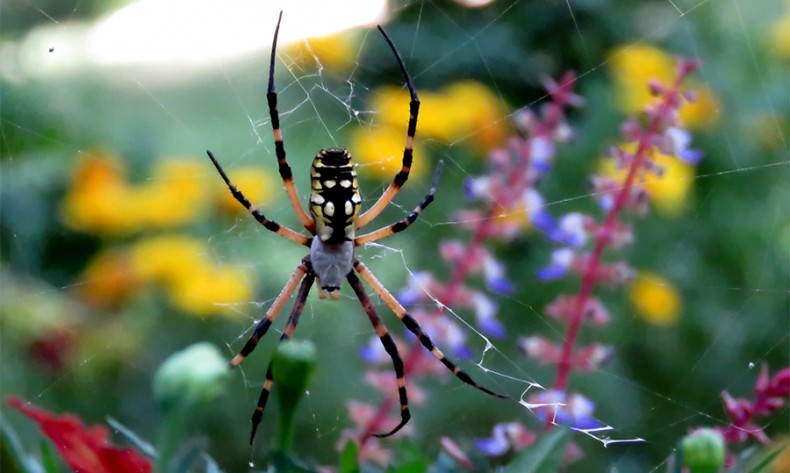 Sadly, the beautiful black and yellow garden spider only lives one season.

The itsy, bitsy spider climbed up my window screen.

Until I got new windows installed, there was a little spider that lived in my office window between the glass and screen. I am sure it kept me company for well over a year, maybe two.

One day, as I watched it traveling up and down its enclosed environment, I wondered: “How long do spiders live, anyway?” After a little research, I learned it depends. It depends on the gender and species of the spider.

Female spiders can live from two to more than 25 years, generally outliving males — in part because some female spiders eat the male after mating.

Wolf spiders like hanging out on my patio. They come out at night and prey on bugs attracted by the light. Wolf spiders get big, and the Carolina wolf spider (Hogna carolinensis) is the largest of all, according to Orkin (the pest control people). I mistook them for mice in the tack room when I had a horse stable. So, I’ve learned to leave the patio light off, discouraging those big, creepy spiders.

The male wolf spider is lucky if he lives more than one year (female wolf spiders are one of the types with that unfortunate mating habit). The female carries her eggs around with her and the babies stay attached to their mommies for a couple of weeks after they hatch. It is weird to kill a mama wolf spider, only to have dozens of tiny ones go scampering all over the place. The female, if she isn’t squashed by a human or eaten by a bird, goes on to live three or more years. Some people keep them as pets and in captivity they can live up to four years.

There was research done in France in which wolf spiders were drowned. They “came back to life” after being removed from the water to dry out (they can slip into a kind of coma for up to 40 hours). So, flushing one down the toilet is probably not the best way to remove a wolf spider.

Sadly, the beautiful black and yellow garden spider (Argiope aurantia, aka my favorite) only lives one season. Both female and males die when the weather becomes cold. The exception is if they live in a year-round warm climate or in captivity, then they can live several years.

The notorious black widow (genus Latrodectus) lives one to three years. They like to hang out in dark places and their bite can make you very sick. Its venom is 15 times more poisonous that that of a rattlesnake bite, according to the North Carolina Cooperative Extension Service. It can be deadly, especially for young children and the elderly.

I was surprised to learn that some tarantulas live longer than dogs or even horses. The female, that is; the males rarely make it to two years. The female, on the other hand, can live for as long as 40 years. The record was 49 years! So, if you are into creepy pets, a female tarantula is one you will have around longer that your four-legged friends. They are not deadly, but their bites do cause severe pain. They can also “throw” barbed hairs when threatened, which cause skin irritation.

I think, judging by the long funnel-like web it built, my spider was a funnel-web house spider (genus Agelenopsis). They are harmless. I estimate it was about a half-inch or less from front to back. I don’t think it ever left its habitat between the screen and glass of my window until the window was replaced.

I missed watching my spider and wondered if it was still alive. That was until a few days ago, when I saw a spider crawling across my desk. It looked like my little friend. I considered letting it inside my new window. But, instead I let it go on its way, hoping it will live a full life, whatever that may be for my spider.