I Love My ‘Teachur’ - Carolina Country
I Remember
July 2022 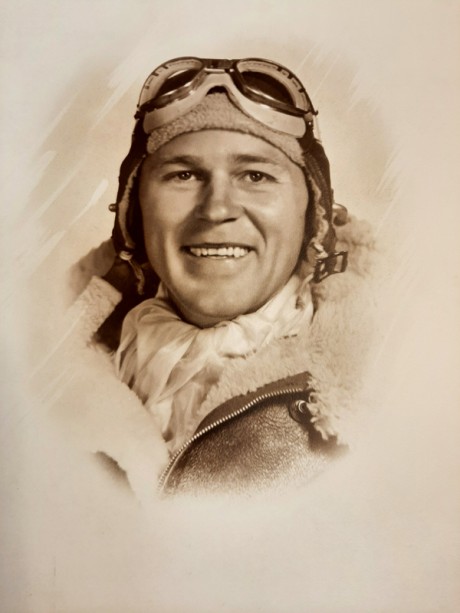 Grandpa Bill was a US Army Air Force pilot in 1941 during World War II.

As an adult, the many cards I received from my beloved grandfather Bill always contained this phrase: “I love my teachur.” It was a private joke between us, dating back to my days as his self-appointed seven-year-old schoolmarm.

For some reason, I decided that the former World War II pilot and successful housing contractor needed an education. Sprawled out on the concrete floor of the carport at his house on Dublin Road in Asheboro, chalk in hand, I spent hours “teaching” him math and spelling.

Eventually I realized that the joke was on me, and he intentionally flunked my quizzes just to hear me scold him. My grandfather passed away in 1995, and I owe so much to him, including my sense of humor and lifelong interest in education. Looking back, however, I just wish I’d spent more time learning from him.