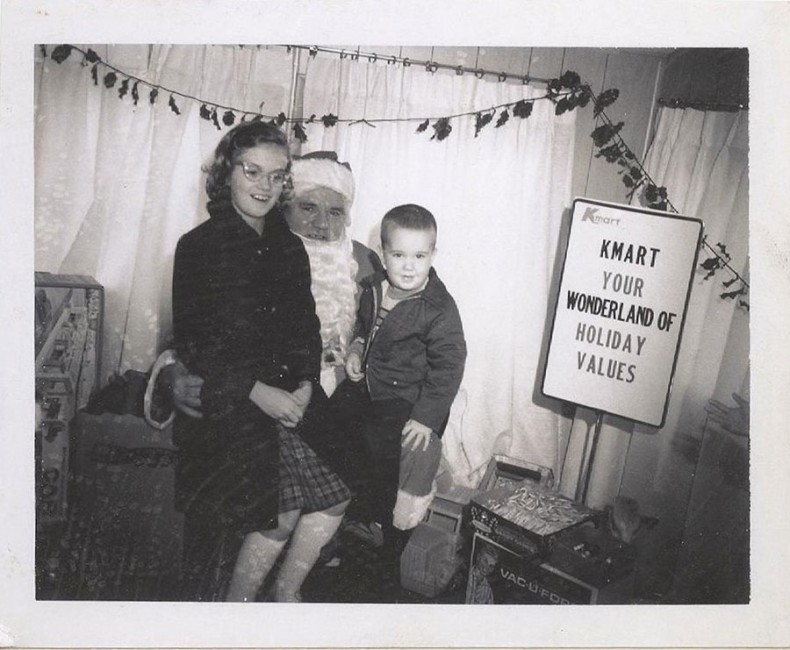 This is an old photo that bring backs amazing memories when my brother and I were young and believed in Santa Claus.

Mom had carried us to Kmart to see Santa, I was six years older than Jeff, my brother. This was either December 1965 or 1966, when I would have been in 5th or 6th grade and we lived in Candler near Asheville.

At that age, I got so excited on Christmas Eve, and was always wishing for a big, fresh, snowfall. Mom would make popcorn and we would string it up and place it on the tree. A nice big mug of hot chocolate with marshmallows was also in order, with a crackling fire and nice Christmas music playing on the radio.