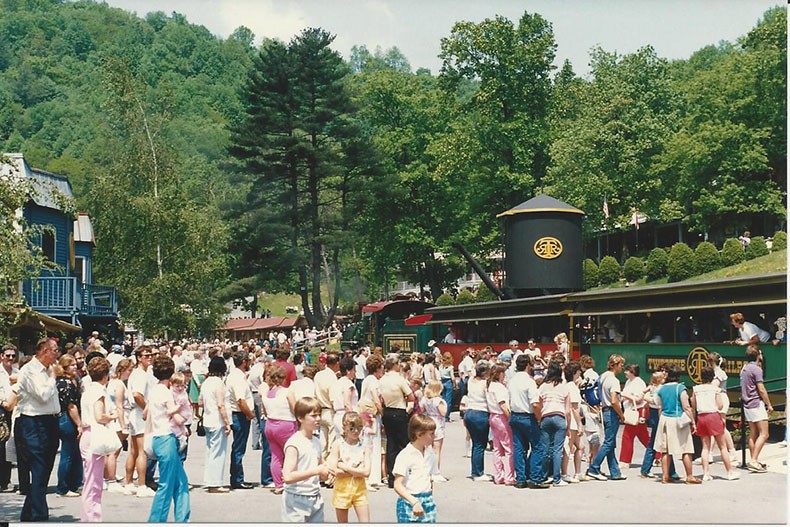 Tweetsie Railroad, the Wild West theme park, has been a family destination in the High Country since 1957. Beginning in the mid-1980s, our family — mom, dad and three teenage daughters — operated a snowball concession in the train depot. The seasons were long and filled with seven-day work weeks. Over time, we became part of the Tweetsie family that included the management, employees and vendors. Even now, more than 30 years since we spent our summers at Tweetsie, Chris Robbins, theme park president, sends us an annual VIP card.

Two of our teenage daughters had a problem working the service counter one summer because they both were attracted to the same male co-worker. To keep the peace, I had to put the boy off-limits to both. The girls were always flirting with the sheriff and the cowboys who entertained the crowds on the main street where the historic steam trains loaded. Later as an adult, one of those girls married the man who had been the Tweetsie sheriff in her teenage years. Some of the dance hall girls also married cowboys, and thus the Tweetsie family has grown over some 60 years.