A Lucky Pelican’s Tale of Hope

Plucky the Pelican is inspiring conservation in younger generations 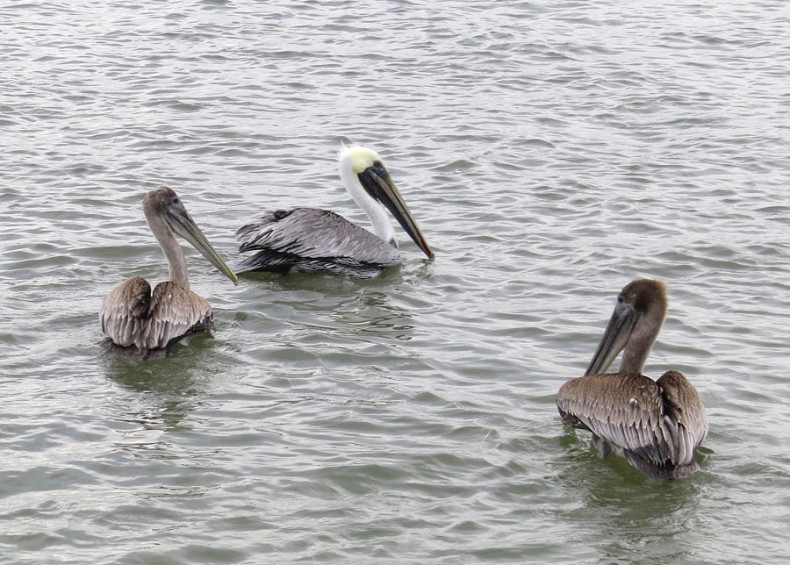 Plucky the Pelican never went looking to be a literary figure. He was simply doing what pelicans do, diving in the coastal waters of Brunswick County for his dinner.

But Plucky got entangled with a fish hook and line, and wound up headed for a lonely death on the uninhabited Battery Island, an Audubon-managed island in the Cape Fear River. Enter several bird-loving members of the Cape Fear Garden Club, who came in a skiff to pick up trash before the annual boat tour of bird nesting sites sponsored by the club and Audubon NC. 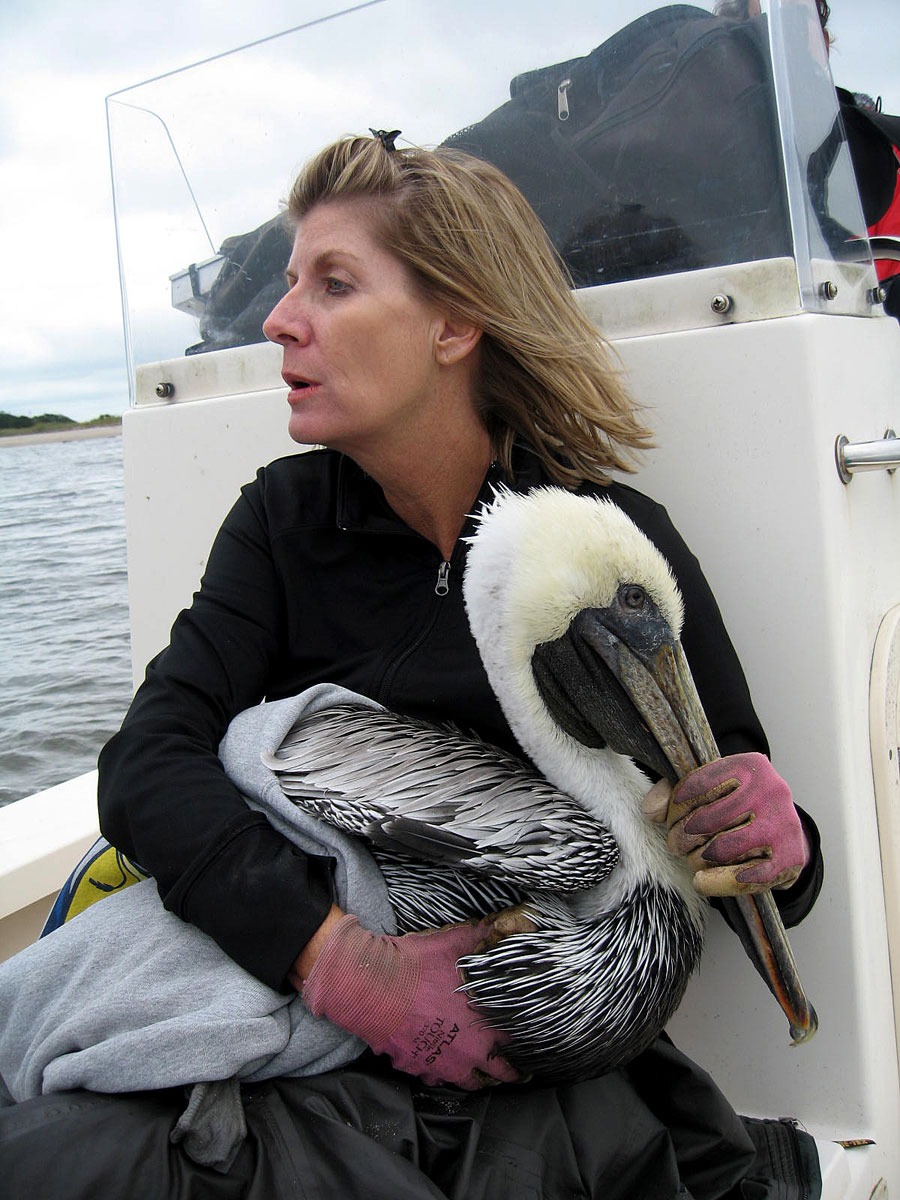 An emaciated Plucky is escorted across the Cape Fear wrapped in a jacket and with his beak held firmly by rescuer Julie Fisher.

The volunteers spotted Plucky and carefully brought him onto the skiff, wrapped him in a jacket, and took him to the Southport Marina. From there, bird-rescue volunteer Janet Kurz of St. James, a member of Brunswick Electric (BEMC), took him several miles to Sea Biscuit Wildlife Shelter on Oak Island. With no food or water, he’d dwindled to a frail three pounds from a normal 10.

At Sea Biscuit, where a BEMC grant back in 2009 had replaced the pelicans’ hot tub with an actual pool, Plucky was just what Mary Ellen Rogers was looking for. Rogers, a BEMC member who heads the shelter, needed a mature pelican to lead a bunch of young, inexperienced birds across the water to a sand bank popular with pelicans. It would be a first step on the annual migration south.

Plucky had to recover first, but once healthy, he successfully winged his way into the new role — as well as into literary history. Garden club member Melinda Stewart of Wilmington, a retired first-grade schoolteacher, shares his story in her book, “Plucky the Lucky Pelican,” as a lesson to youngsters to protect wildlife. Wilmington artist and retired children’s librarian Mary Tyler contributed drawings, and Kurz captured Plucky and his new pelican friends in a photograph.

More than 400 copies of the book have been sold, with proceeds benefiting Audubon and the Sea Biscuit Shelter.

“It helps children see how they have to take care of their environment,” Stewart says.

When she reads the book to children, she asks what they can do to help other Pluckys. One answer: “Tell my daddy not to cut the hook and let it fall into the water.” 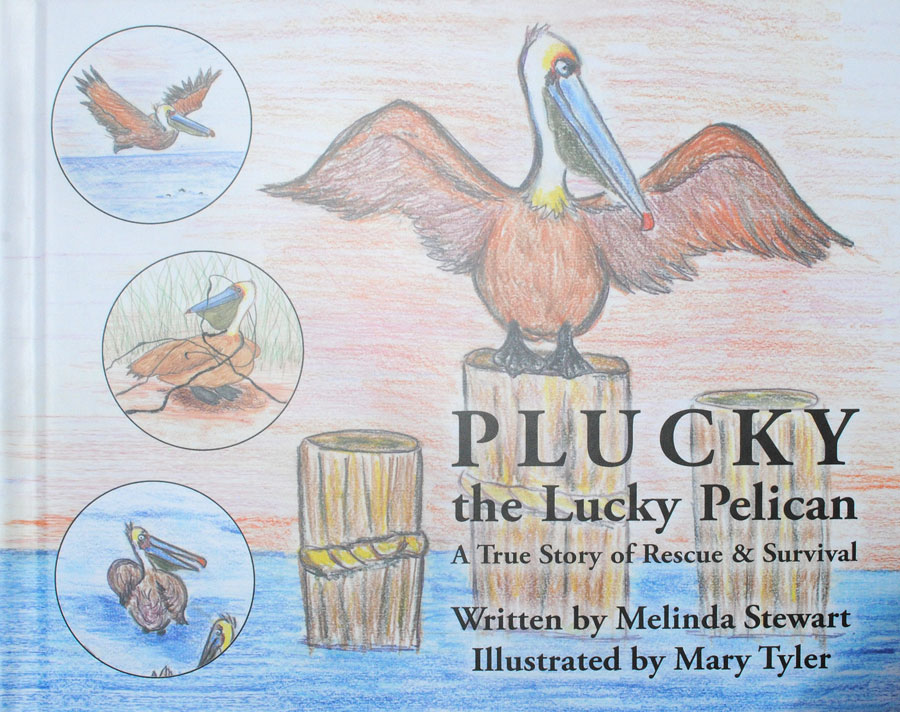