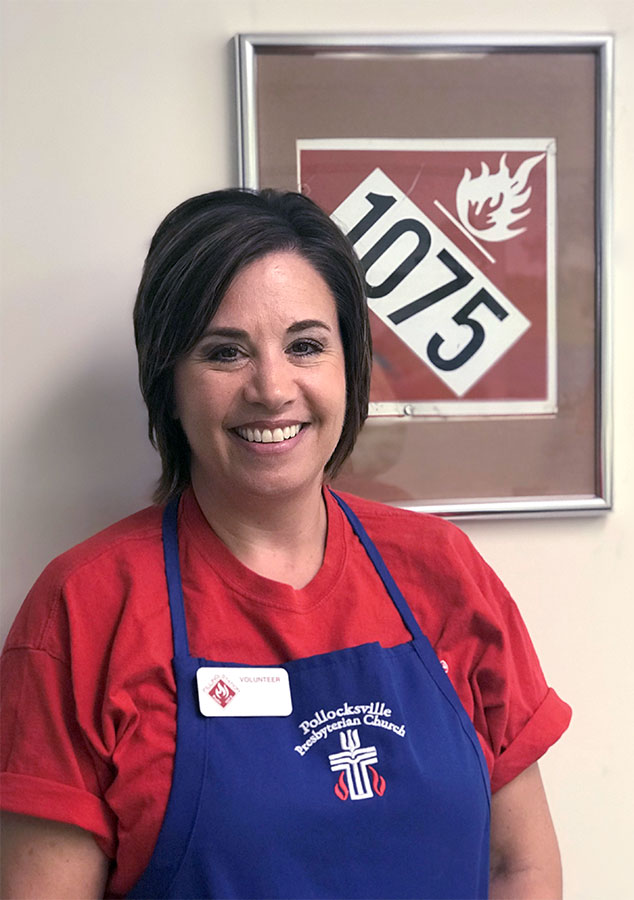 Mary Ann LeRay with a sign significant to The Filling Station, housed in an old propane company building. “There is only one book in the Bible that has this many chapters,” she said. “We looked up Psalm 107:5, which reads all those who are hungry and thirsty, their lives were slipping away.” Photo courtesy of Linda Mathiasen.

Mary Ann LeRay, board chairman of The Filling Station in Pollocksville, was recently honored as the second-place prizewinner of the Touchstone Energy Cooperatives 2019 #WhoPowersYou Contest.

“We offer our sincere appreciation, gratitude, and congratulations to Mary Ann,” said Jones-Onslow EMC CEO Jeff Clark. “We are very proud to serve her and her family as co-op members and grateful for everything she does to serve our local community.”

LeRay was honored for her nonprofit organization’s work seeking to meet the nutritional, educational and spiritual needs of the residents of Jones County. The Filling Station opened its food pantry on September 6, 2018, but a week later was forced to temporarily close as Hurricane Florence’s heavy rains flooded the streets of Pollocksville and much of Jones County. On September 14, one week after the hurricane left most of the area underwater, the food pantry reopened its doors and operated as a disaster relief site. For the next 14 weeks, more than 75 volunteers served over 10,000 people.

LeRay and The Filling Station were honored along with three other #WhoPowersYou Contest winners from across the United States. Winners were chosen by an independent panel of judges, using criteria based on nominees’ positive impact on their local communities.

“I believe that Mary Ann’s value of commitment and hard work at The Filling Station played a vital role in the emotional recovery for the residents of Jones County,” said Jones-Onslow EMC Director of Graphic Services Linda Mathiasen. “Her service continues today, as The Filling Station Food Pantry has reopened to the community and now also serves meals several times a week.”