Sue Spencer Retires from Board; Jeff Sugg Appointed for District 6 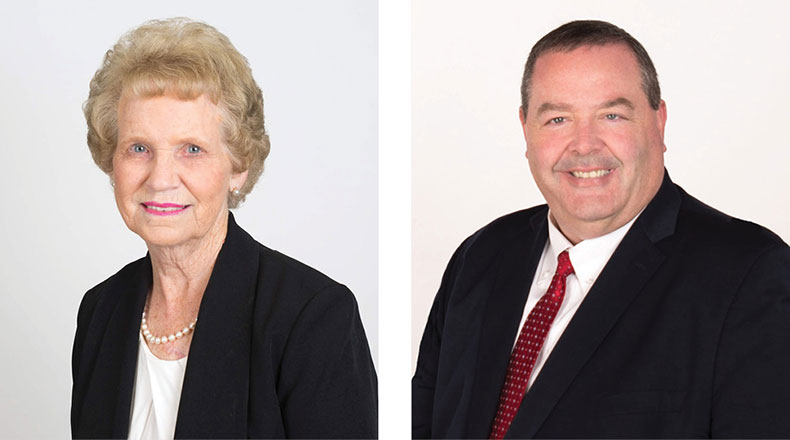 Sue Spencer recently retired from the Board of Directors after serving her fellow cooperative members for more than 18 years. During this time, she represented District 6 and served several years as Secretary/Treasurer.

A member for more than fifty years, Mrs. Spencer lives in the Whynot community with her husband, Bill. She has three grown children and six grandchildren.

Besides her Board service, Mrs. Spencer plays the organ at Seagrove United Methodist Church, sits on the Randolph Public Library Board of Trustees and serves in the Seagrove Historical Society. A dedicated educator, she made a career of teaching students in public school for thirty-two years. After her retirement, she oversaw the approved licensing program for teachers at UNC Greensboro.

When Mrs. Spencer joined the Board in May 2003, she became the first female Director. During her tenure at the cooperative, Mrs. Spencer has championed innovation.

“It’s been such an honor to serve,” said Mrs. Spencer. “The leadership of Randolph EMC and the whole staff are top-notch.”

Pursuant to the bylaws, the remaining Board members named a successor to complete Mrs. Spencer’s term. The Board appointed Jeff Sugg to represent District 6, which includes parts of southern Randolph and northern Moore Counties. He is up for election in 2022.

Mr. Sugg graduated from Southwestern Randolph High School and received his undergraduate and Juris Doctor degrees from UNC Chapel Hill. He is the City Attorney for Asheboro, NC. He has been married to his wife, Leah, for twenty-seven years, and they have two children, Rebekah and Clay. Mr. Sugg serves as the chair of the Mt. Olivet United Methodist Church Board of Trustees in the Erect community.

“I am excited to join with other Board members as they continue to plan for a sustainable future for the cooperative,” said Mr. Sugg.

Learn more about your board of directors.