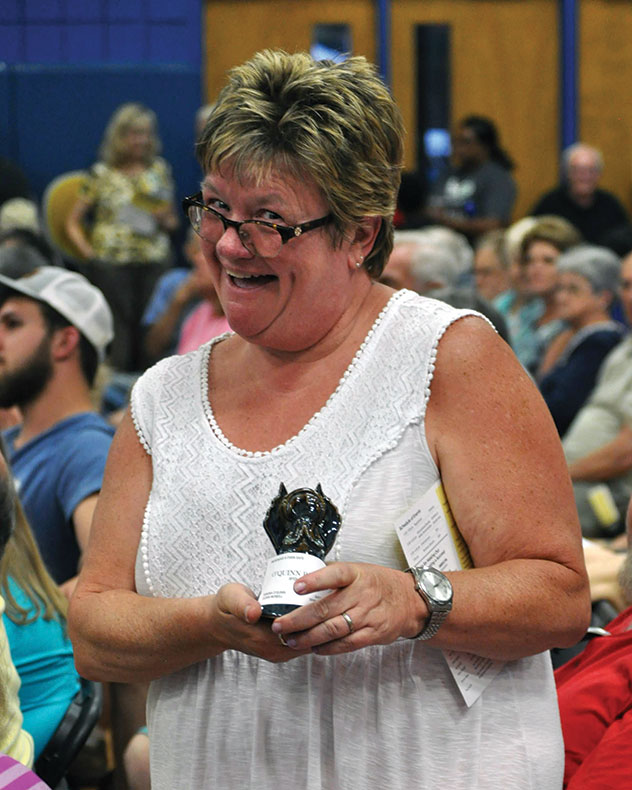 “Powering Tomorrow…Today” was the theme as an estimated 1,200 people crowded the Southwestern Randolph High School gymnasium for Randolph EMC’s 80th Annual Meeting, held on June 15. More than 500 REMC members registered at the meeting to hear about the current state of their cooperative and for their chance to win one of several door prizes.

During the business meeting, Board President Jerry Bowman updated members on the recent capital credit retirement. Members also heard the financial report for the cooperative, learned about new services and programs available to members, and listened to an update of Randolph EMC’s community involvement over the past year.

Did You Miss This Year’s Annual Meeting?