A Word About Randolph Electric From CEO Dale Lambert
February 2019 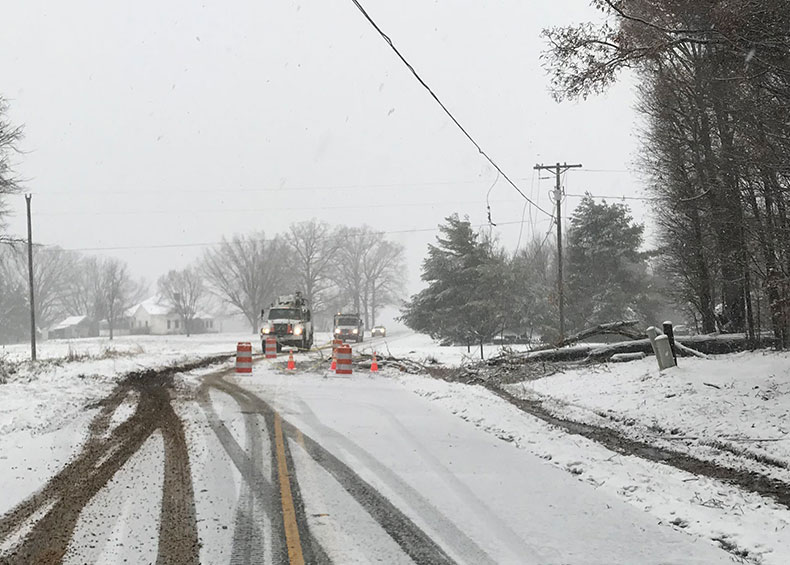 It was a momentous year in many ways in 2018—for you as members of Randolph EMC, our employee and director team, and for myself personally. When I wrote the December AWARE column, in my mind I was done writing about 2018. But a December snow/ice storm changed that. We’ll get to that topic later. I’ll get the personal stuff out of the way first.

In early 2018, our first grandchild was born. Now I can fully appreciate and comprehend what many of you have been telling me for years about how great it is. They melt your heart with a smile and when they reach out to be held. They’re meant to be spoiled (to a certain point), but one of the benefits I’ve come to appreciate is, when they get fussy or need a diaper changed, you can just pass them back to mom or dad.

My youngest daughter was married in late December, which means all my kids are married now, so I can check that one off. And the awesome part is, our daughter in-law and sons-in-law have been great additions to our family, and my wife and I think of them as our own children. Our family was certainly blessed beyond measure in 2018.

But for Randolph EMC, 2018 will be known for the many storms that hit our service area. I’ve written previously about the year’s major weather events, but here’s a quick refresher. 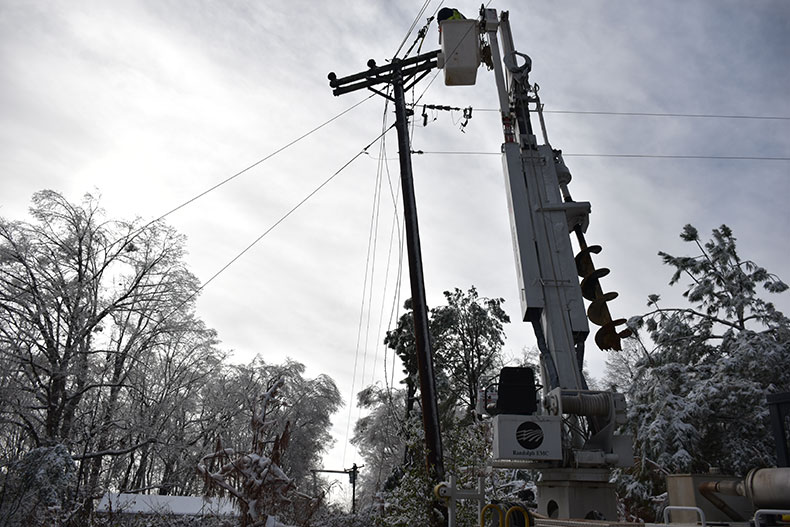 Unlike the unusually mild temperatures the first week of this January, 2018 kicked off with an arctic blast. Temperatures were in the low single digits and our area broke a 36-year-old record with 201 consecutive hours with temperatures below freezing. This resulted in a new record peak demand for our system.

A couple of snow storms hit in January 2018, with one accumulating 8 to 10 inches, which caused scattered power outages.

The summer storms and heavy rain kept our line personnel extremely busy restoring power. There was a 42 percent increase in the number of outages for the summer of 2018 when compared to the summer of 2017. The strong intensity of the storms resulted in heavier damage to the electrical system from broken poles and damaged lines, which caused a 130 percent increase in outage minutes for the members compared to last summer.

Then, two tropical storms impacted our area. In mid-September, Tropical Storm Florence caused significant damage to the electrical system with days of heavy rain and gusty winds. With Florence’s deluge, 46 percent of our members were out of power, some multiple times.

Unlike Florence, Tropical Storm Michael was a fast mover with a high wind band trailing the center of the storm, which caused more damage to our electrical system than Florence’s multi-day winds. With Michael, 52 percent of the membership were out of power.

Well, my hopes for a calm conclusion for 2018 were shattered when Winter Storm Diego blew in. Normally if a winter storm gets a name, it’s going to be a big deal for somebody.

For the third time in three months, our storm response plan was activated and advance measures were taken in anticipation for another major storm hitting the Randolph EMC system. Additional outside line crews were brought in prior to the storm’s arrival and we continued to add crews throughout the storm as they became available.

Frozen precipitation started in the early morning hours on Sunday, December 9. Where you lived in central North Carolina determined how much snow or a mixture of snow/freezing rain/rain you received. 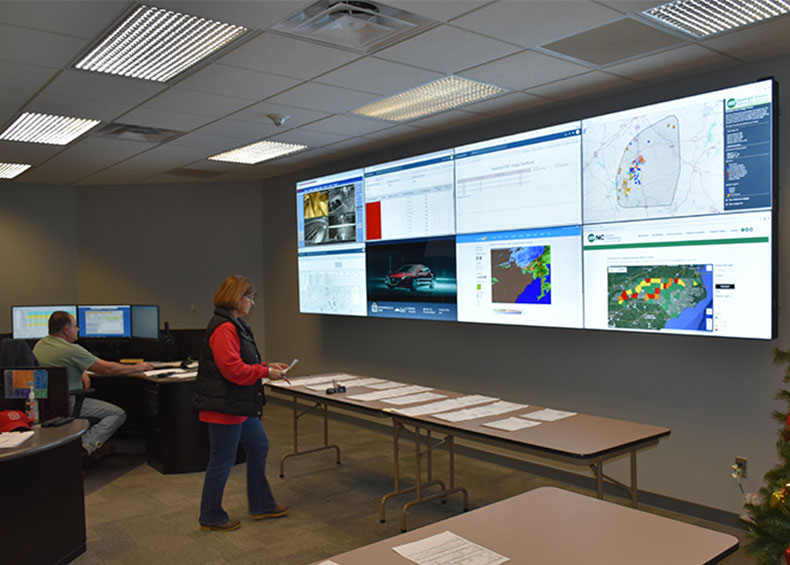 As trees became ladened with heavy snow and ice, multiple outages started occurring just after sunrise. Throughout the afternoon, the snowball was tumbling downhill, so to speak, with outage numbers growing by the minute.

The vast majority of members’ power was restored the evening of Monday, December 10, with all power restored by mid-morning on Tuesday, December 11th. A total of 12,671 members experienced an outage, which represents 40 percent of our membership.

I want to again thank the Randolph EMC employees and our on-system contractors consisting of Lee Electric, Pike Electric, Branching Out Tree Service, Lewis Tree Service and Xylem Tree Experts for another outstanding job and restoring power safety and quickly to a significant number of members. We are so appreciative, too, of the outside line and tree personnel who traveled from their home utilities to assist us from Lee Electric, Pee Dee EMC, Tideland EMC, Lewis Tree Service and Xylem Tree Experts.

I also want to thank our members for your assistance, encouragement and patience as our storm team worked in difficult conditions. Many of you were out of power during all the storms I mentioned, but you understood the circumstances and made preparations, which made all the difference.

At Randolph EMC, 2018 will certainly be remembered as a year of storms. But upon reflection, I believe the best description for 2018 is, even though major storms hit us, “we weathered the storms together.” Thank you for the opportunity to serve you.

Keeping the Lights On

In the event of an outage, Randolph EMC is committed to restoring power quickly and safely. If you experience a power outage at your home or business, you can track restorations using our online outage map.