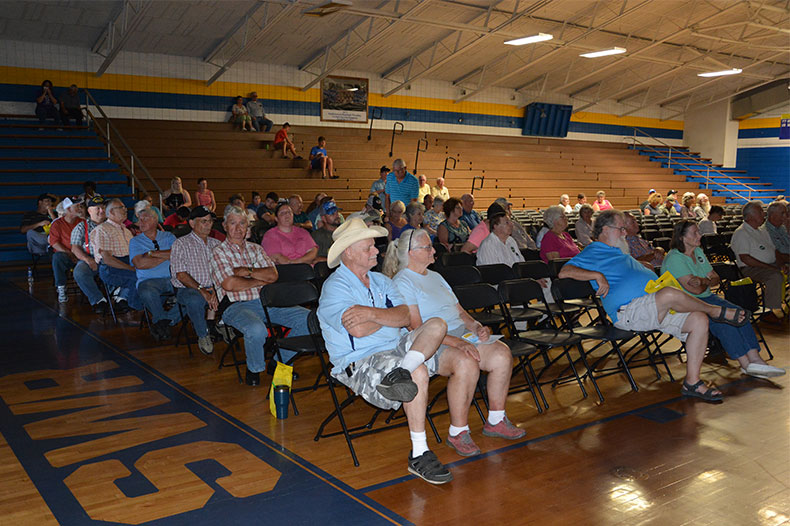 Power to…Provide a Brighter Energy Future” was the theme as Randolph EMC celebrated its 81st annual meeting of the membership Friday, June 21, 2019, at Southwestern Randolph High School in Asheboro. 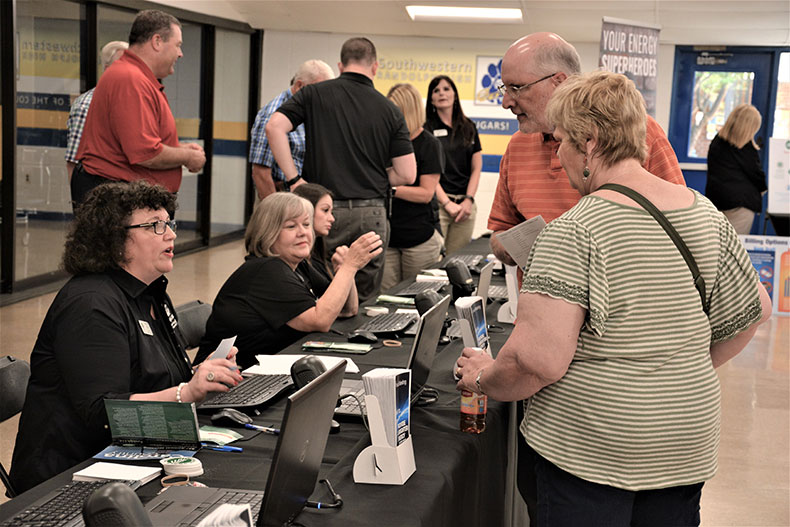 Member-owners enjoyed free homemade ice cream from Gilbert’s Old-Fashioned Homemade Ice Cream, a children’s show performed by Fish the Magish, safety demonstrations and informational booths, and the chance to win one of more than 100 door prizes. The event also included live bluegrass entertainment by The Ingrams band. There were 439 registered members who attended the business meeting with an estimated 1,200 in attendance overall.

Board President Jerry Bowman opened the meeting with a recap of 2018’s active storm season and the co-op’s community involvement. He also announced that Dennis Kidd and Tim Williamson, two linemen from the Robbins office, were part of a team of volunteers who built about five miles of power line to connect the agricultural community of Laphía in Bolivia, South America, to the power grid as part of the Brighter World Initiative. Members enjoyed a video summary of the trip, which can be viewed on REMC’s YouTube page.

Secretary-Treasurer Billy Maness updated members on the recent capital credit retirement and financial report for the cooperative and Chief Executive Officer Dale Lambert shared examples of how technology has shaped the programs and services that are offered to the membership, including programs for members who own electric vehicles and smart devices that help manage energy in their homes.

Were you at the meeting?