Union Power Soars to New Heights with Use of Drone Technology 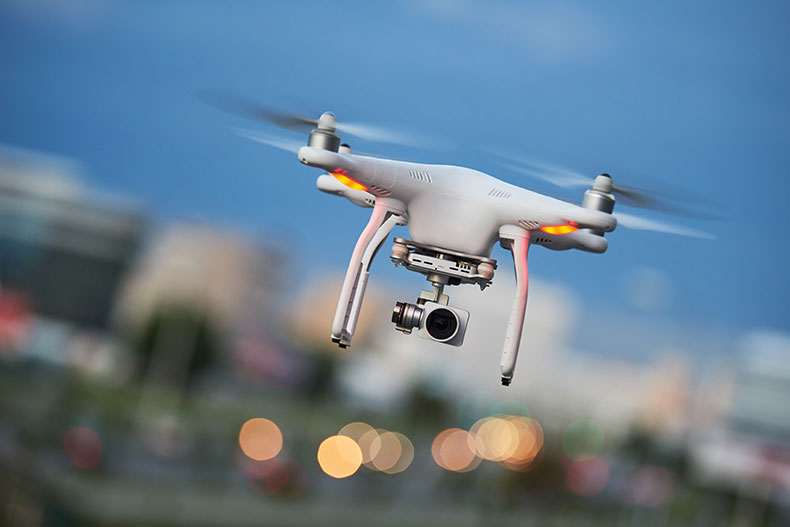 Drone technology is an evolving tool that electric co-ops across the country are taking advantage of and implementing into their routine utility operations. The use of drone technology allows workers to conduct aerial inspections safely, survey distribution and transmission equipment, assess storm damage, and support line construction and repairs.

Roughly, one-third of all North Carolina electric co-ops are currently utilizing drones for system inspections. Drones are particularly cost-effective and can replace costly conventional inspection techniques with streamlined, automated inspection processes that can be more precise and less cumbersome than existing methods.

The use of drones allows Union Power, in some cases, to eliminate the need for employees to be in potentially dangerous situations. In instances where a fallen tree or limb has struck a power line, an area is flooded, or harder to access, drones allow workers to scope out what dangers may be ahead, quickly rule out any major issues, and even live stream video footage of the damage.

Union Power’s pilots are tested by the Federal Aviation Administration (FAA) and North Carolina Department of Transportation (NCDOT) to ensure they have mastered the knowledge needed to safely and effectively operate a drone in our service territory. Since drones are operated in the national airspace, every pilot must obtain a Small Unmanned Aircraft System (sUAS) license from a certified FAA training facility. In addition, North Carolina also requires pilots to pass a UAS Operators Knowledge test in order to acquire a permit to operate commercially in the state.

The use of drones allows Union Power, in some cases, to eliminate the need for employees to be in potentially dangerous situations. In instances where a fallen tree or limb has struck a power line, an area is flooded, or harder to access, drones allow workers to scope out what dangers may be ahead, quickly rule out any major issues, and even live stream video footage of the damage.

An example of Union Power’s use of drones was during hurricane Florence when a creek flooded and pulled down a three-phase power line — causing major outages for members in that area. The extreme amount of rainfall that came with the hurricane caused the creek to swell and overflow its bank. In this case, a flooded creek resulted in a broken pole and two spans of lines down in the creek.

“The broken pole was lying down in the water, covered in debris, and almost impossible to see from the road. While crews were waiting for the water to recede and preparing everything needed for the repair, we were able to use a drone to inspect the broken pole and give our linemen valuable information on the almost completely submerged pole,” Union Power pilot Brian Wilson recounted. “If the line had broken, a device attached to the drone would’ve provided our crews with a method to safely pull line across the creek — and in other cases — across dangerous areas that would otherwise, not be accessible by a bucket truck.”

The team is working on additional enhancements to increase the reliability and growth of our drone program at Union Power. One way is by using Infrared (IR) Imagery as a preventative maintenance tool in our substations and transmission and distribution systems. Pilot Matt Campbell has high hopes for this new implementation and is currently going through the process to be certified to use this new technology. This tool would allow pilots to view the thermal quality and differences of objects from a safe distance in the air, and survey hundreds of miles of lines from different angles than what they would normally be able to see.

“This is useful to identify possible anomalies early on and be able to take a proactive approach to increase the reliability of our system,” Campbell shared.

As demonstrated, drones are increasingly being used to improve the efficiency, effectiveness, and safety of utility operations and disaster recovery efforts. With the integration of drone technology, Union Power is ever-ready to take our service to even greater heights by providing exceptional service to our members.