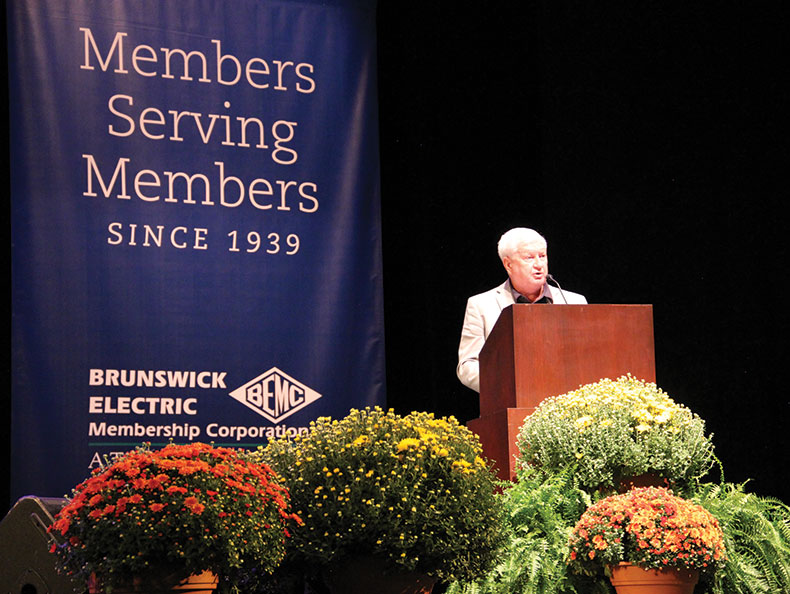 An active hurricane season always turns our thoughts to what you count on us most for—reliable power, no matter the conditions. In addition to diligent routine maintenance and careful planning, there are important ways we work to make sure our reliability percentage is as high as possible. Currently, more than 72% of our distribution lines are underground—which greatly reduces the chance of outages during weather events. Nationally, less than 20% of all distribution lines are underground, according to the Edison Electric Institute. I’d like to take a few minutes to let you know more about how we came to be an industry leader in the conversion of overhead to underground power lines, and our ongoing commitment to underground lines.

Even though converting lines from overhead to underground is an extensive process, we decided decades ago that making that conversion would make sense long-term. Our board and management made the commitment to both converting lines and installing more of our new lines underground, and then enlisted the assistance of the Federal Emergency Management Agency.

In the mid-1990s, BEMC began an underground pilot project on Caswell Beach that yielded positive results during several hurricanes that battered the coast. With this evidence we were able to get a preliminary $1 million federal grant to begin additional underground work. The impact on reliability was so conclusive that we were able to enlist the help of U.S. Rep. Mike McIntyre to orchestrate a rare meeting with the head of FEMA. Our request for additional project assistance was based on the logic that proactively burying power lines in our coastal communities would pay off in the future by avoiding potentially costly repairs after severe storms hit. This meeting almost immediately resulted in BEMC receiving a total of $13 million in grants toward a $23 million cooperative effort with local towns to convert more than 100 miles of overhead line to underground.

The planned conversion process was completed in 2008, and Brunswick Electric’s reliability percentage—the amount of time your power is on—has steadily climbed to 99.92%. Our ongoing commitment to underground lines has been a major part of that success. This is the result of good planning and strong collaboration to better serve our communities. Everything came together to benefit the membership. Our rates have remained stable since the conversion was completed in 2008. Because we are a co-op, we put our resources where they are needed to deliver safe, reliable power at the lowest possible cost. Our underground line initiative proves that having a vision, doing test trials, and collaborating can make great things happen. Thank you for being a member.